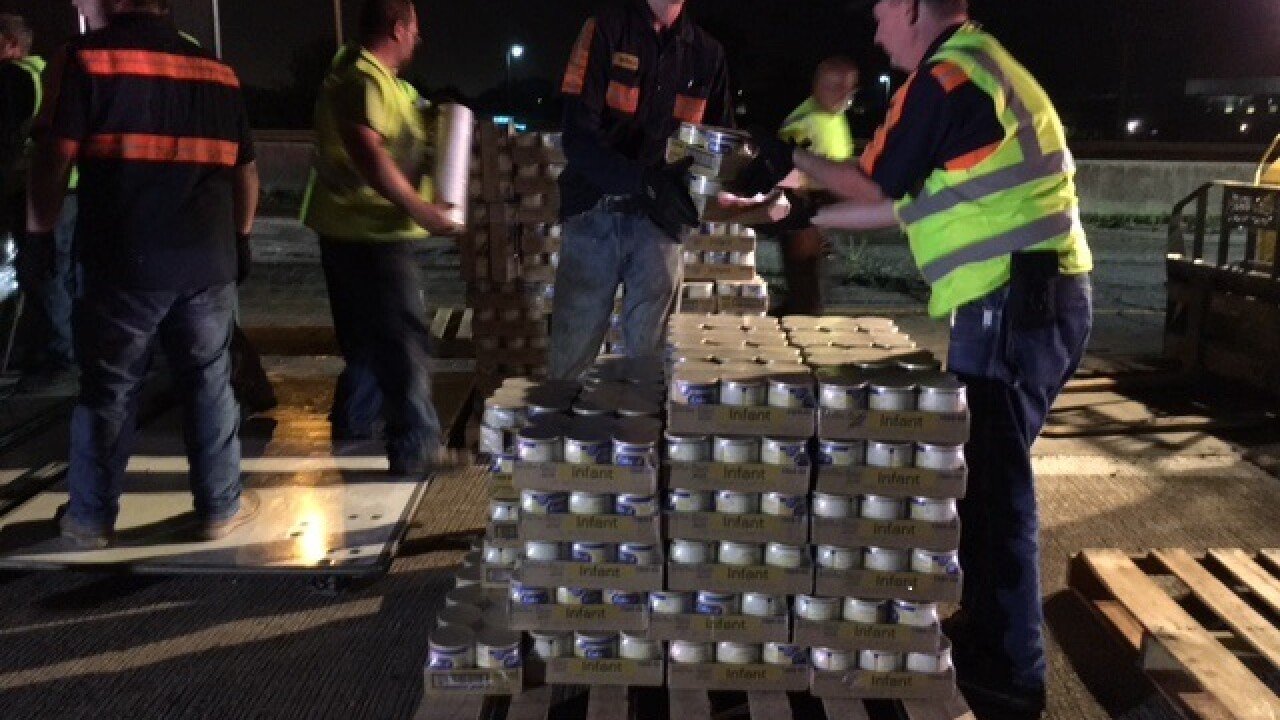 Copyright 2018 Scripps Media, Inc. All rights reserved. This material may not be published, broadcast, rewritten, or redistributed.
<p>Semi loses load of baby formula on I-465 WB</p> 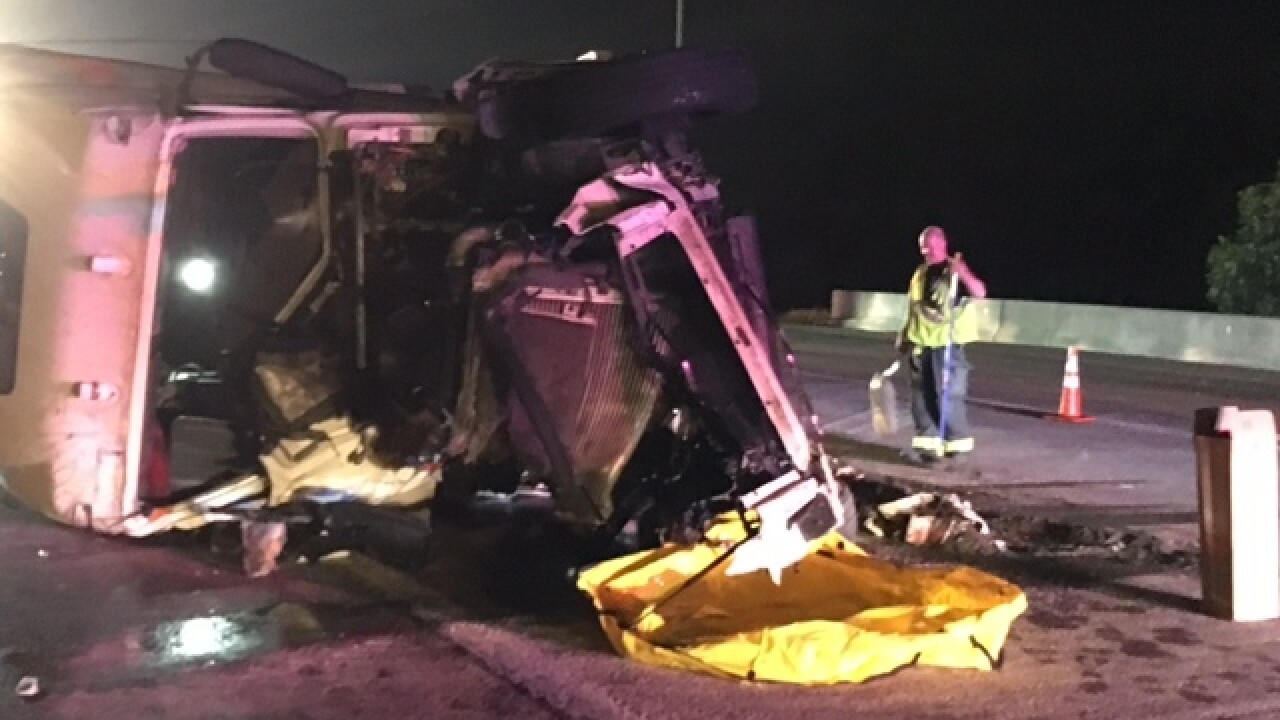 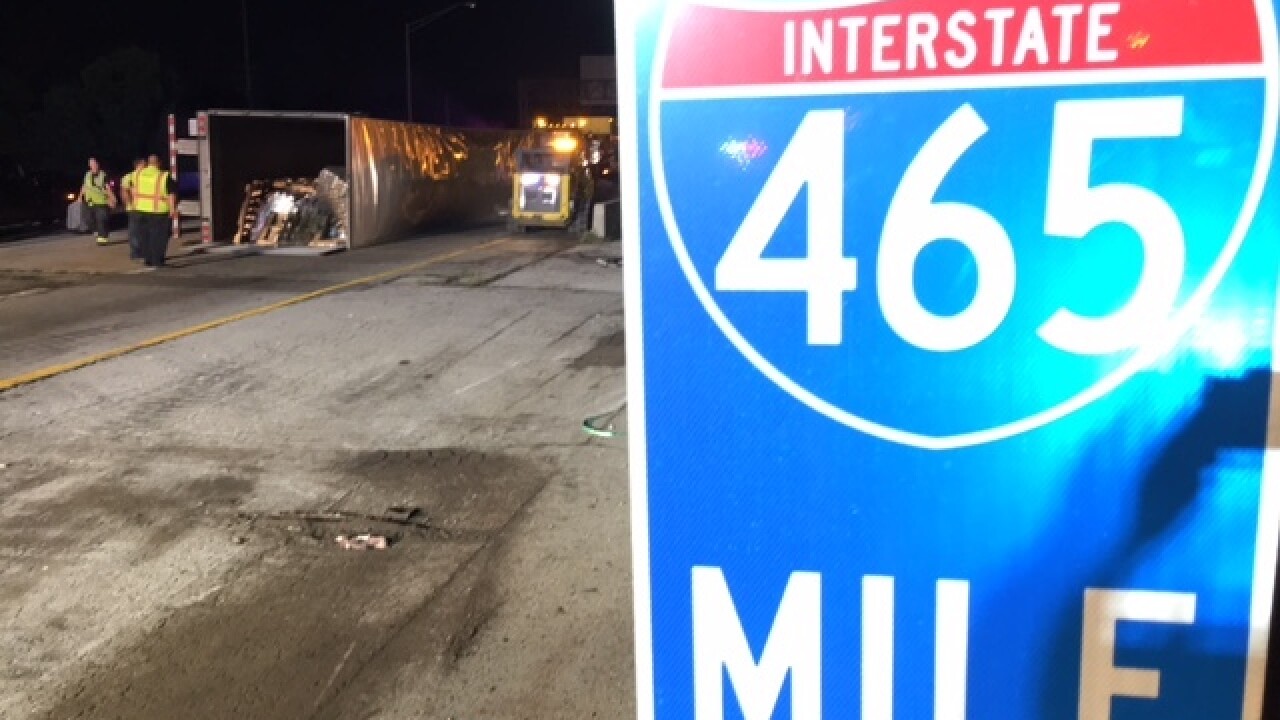 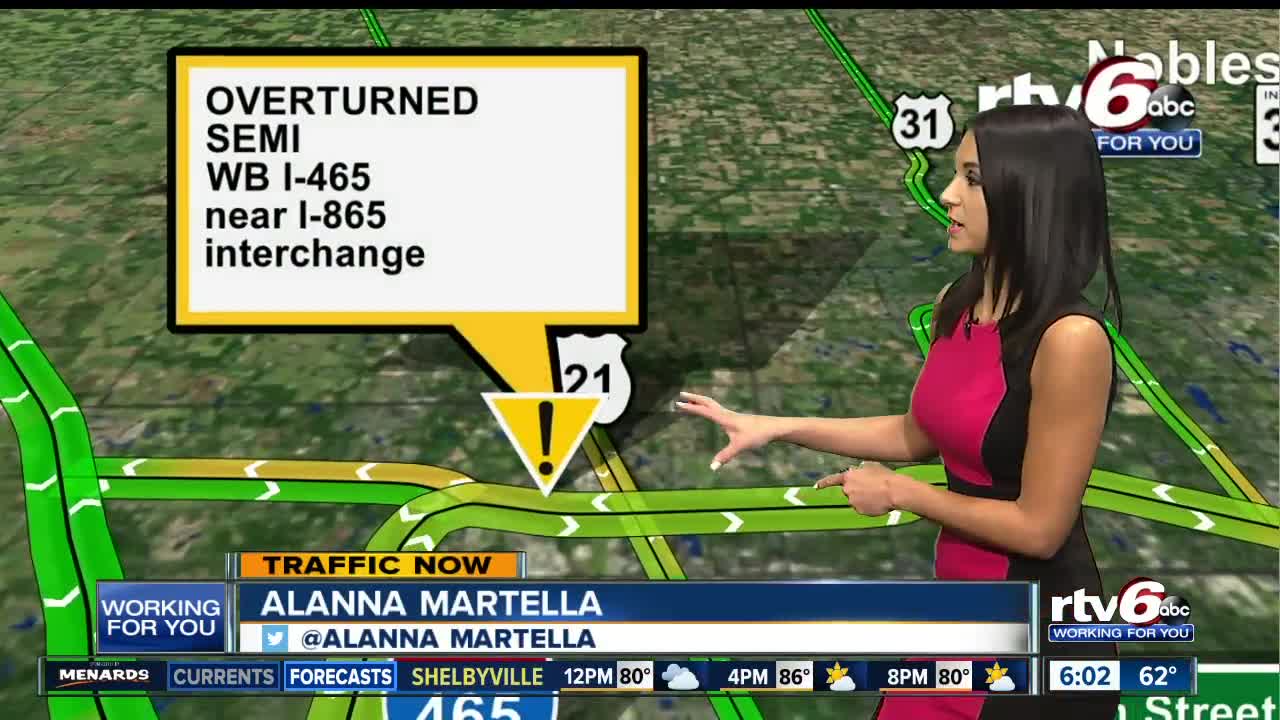 INDIANAPOLIS -- A mess on I-465 westbound early Thursday morning after a semi carrying baby formula overturned just west of Michigan Road near the I-865 interchange.

The left two lanes were closed as crews offloaded the baby formula by hand.

The semi driver was taken to the hospital with what police say are non-life threatening injuries. A passenger in a second vehicle involved was also transported to the hospital, according to the Zionsville Fire Department.

It took several hours for the lanes of I-465 to reopen.