Air travelers abound, despite it being Christmas Eve 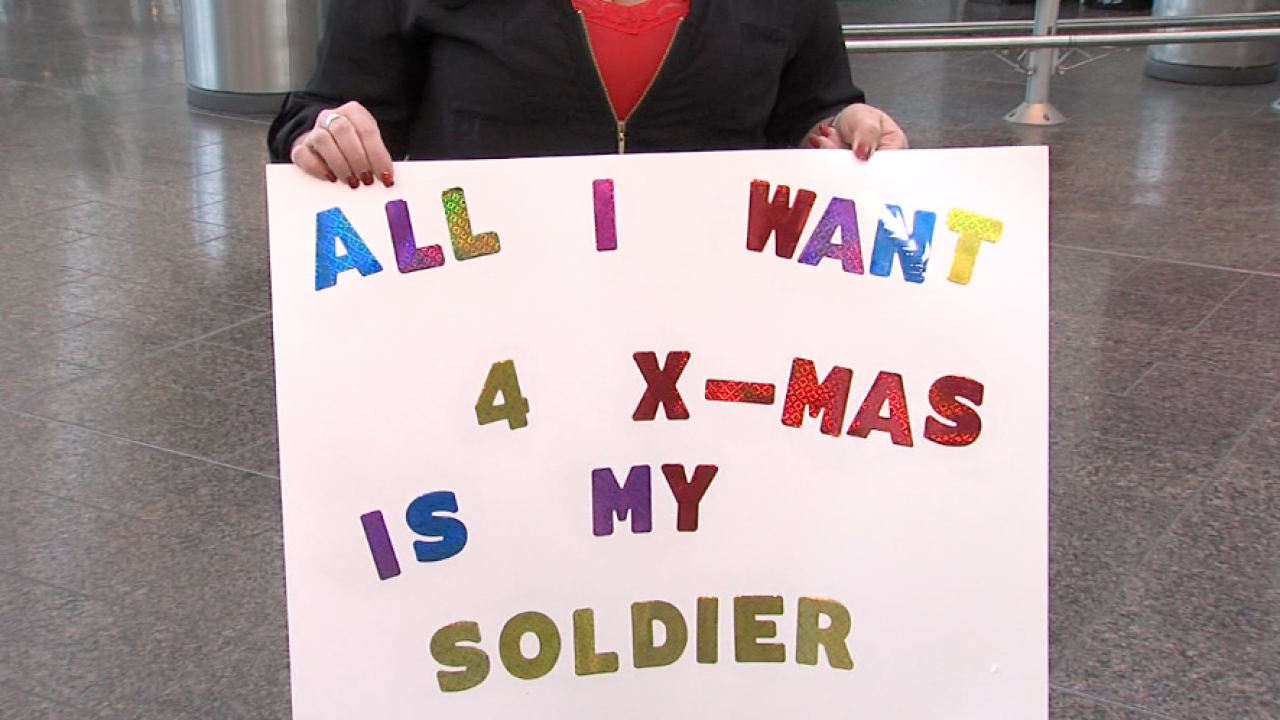 Copyright 2018 Scripps Media, Inc. All rights reserved. This material may not be published, broadcast, rewritten, or redistributed.
A poster reading &#39;All I want for Christmas is my soldier&#39; at the Indianapolis Airport on Christmas Eve 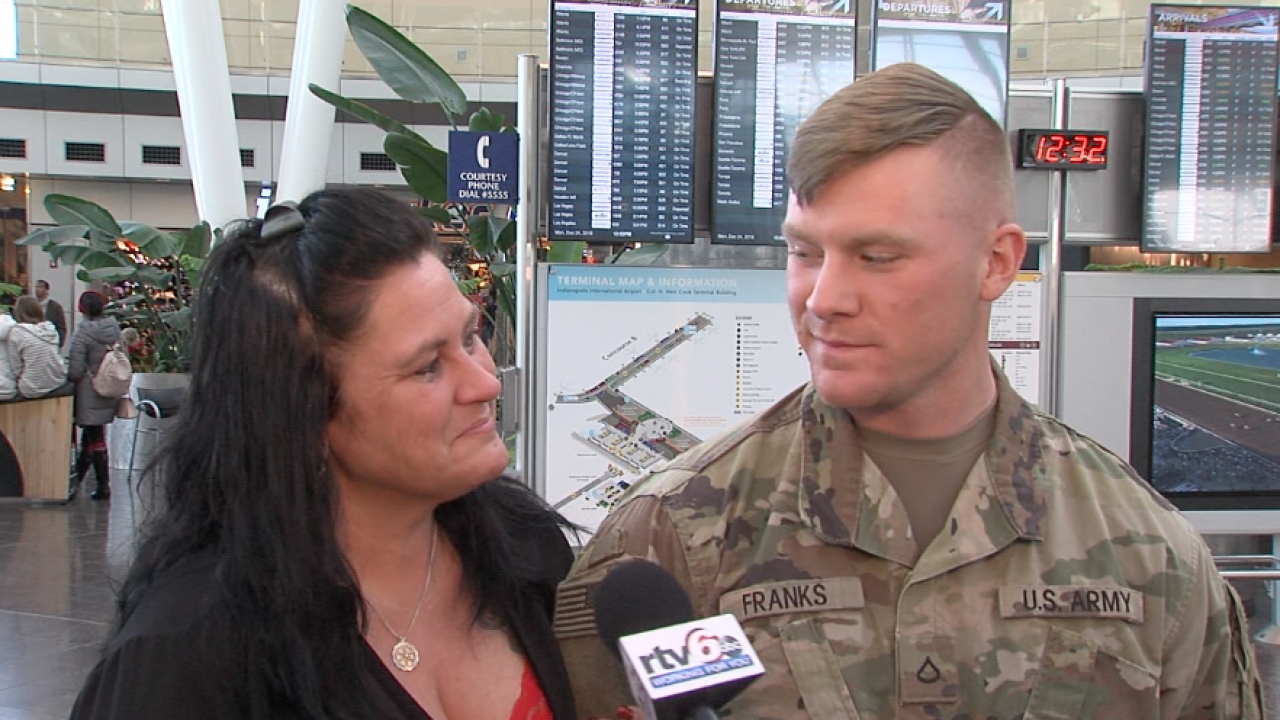 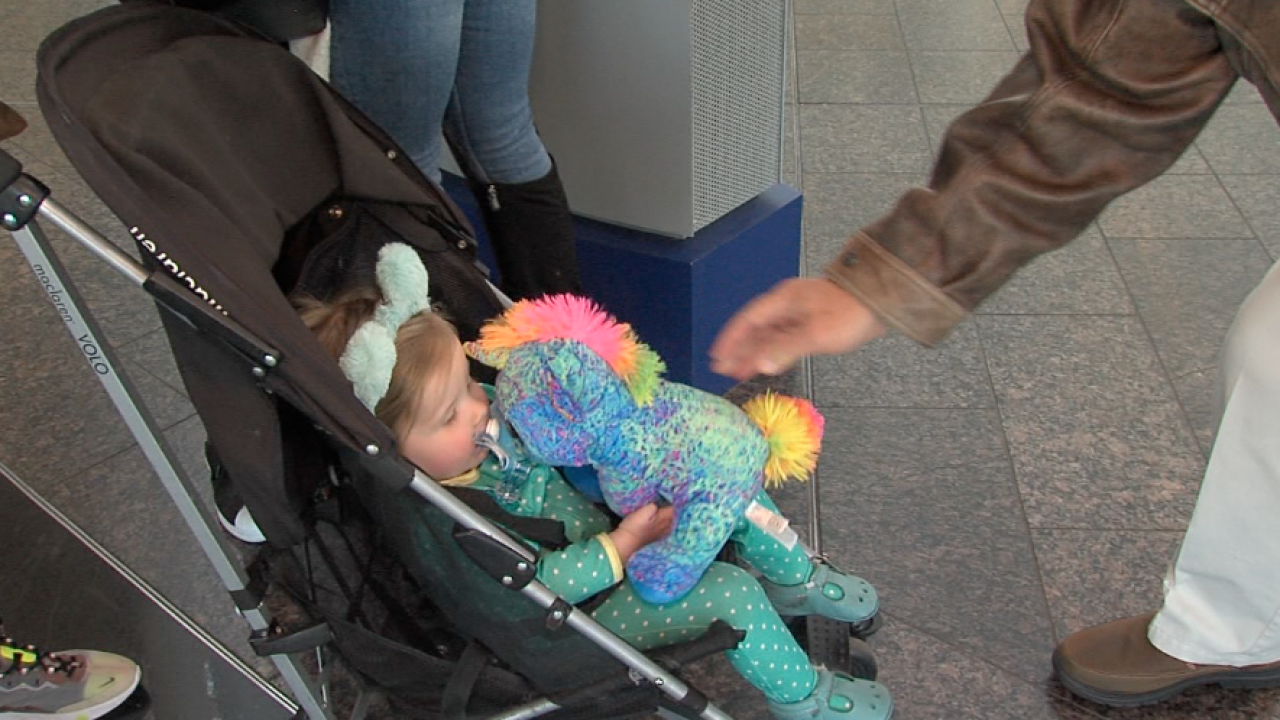 INDIANAPOLIS — It’s a busy time of year at Indianapolis International Airport, and Christmas Eve is no exception—whether coming or going, people are taking to the skies to be with family and friends.

“I was a little sad because I have a Christmas Eve tradition with my family, but I still am going to get to hang out with them and It's early in the day so It's not that big of a deal,” said Garrett Sims, who lives in Lawrence with his family, however, was traveling back from Miami with his aunt and uncle.

Some travelers were flying on Christmas Eve with their wallet in mind.

“I got a good rate on Frontier. So, it's a good time to travel, when the rates are good," said Michele Rhodenbaugh.

Rhodenbaugh is a Greentown resident traveling back home from her daughter’s place in Orlando. She said she chose to celebrate Christmas early with her daughter and husband because of prices.

Next up for Rhodenbaugh: celebrating Christmas Day with her other daughter, in Kokomo.

Others traveling at IND on Monday were doing so around hectic schedules.

“I work a lot, so to accommodate my schedule is why we're traveling today,” said Erin Brown, who lives in Miami (and is Garrett Sims’ uncle).

For the Franks family, "home for the holidays" takes on a deeper meaning. Skylar Franks is a combat medic, serving our country in the army. He came back to visit his family for Christmas.

“There aren’t even words to explain how proud I am of him," said Lawnie Franks, Skylar’s mother.

Based in Fort Carson in Colorado, Skylar said he hasn't seen his family in 6 months. He added that he is so grateful to be able to spend this season with loved ones.

"It takes a lot to not have anyone there, other than yourself and the baracks, but times like these are what make it all worth it so, proud to serve,” said Skylar Franks.

Lawnie Franks said having her son home has bolstered her holiday morale.

“I haven't been in the Christmas spirit in years, but the house is decorated, two trees, lights, mom's excited to have him home,” said Lawnie.

John Korzec said he was so excited to greet his daughter and granddaughter at the airport, he couldn't wait for gift-giving.

"Bought a gift here at the airport, I couldn't resist she'll get a lot more gifts before the season is over, believe me,” said Korzec

After all, all roads (or skies!) lead to home.