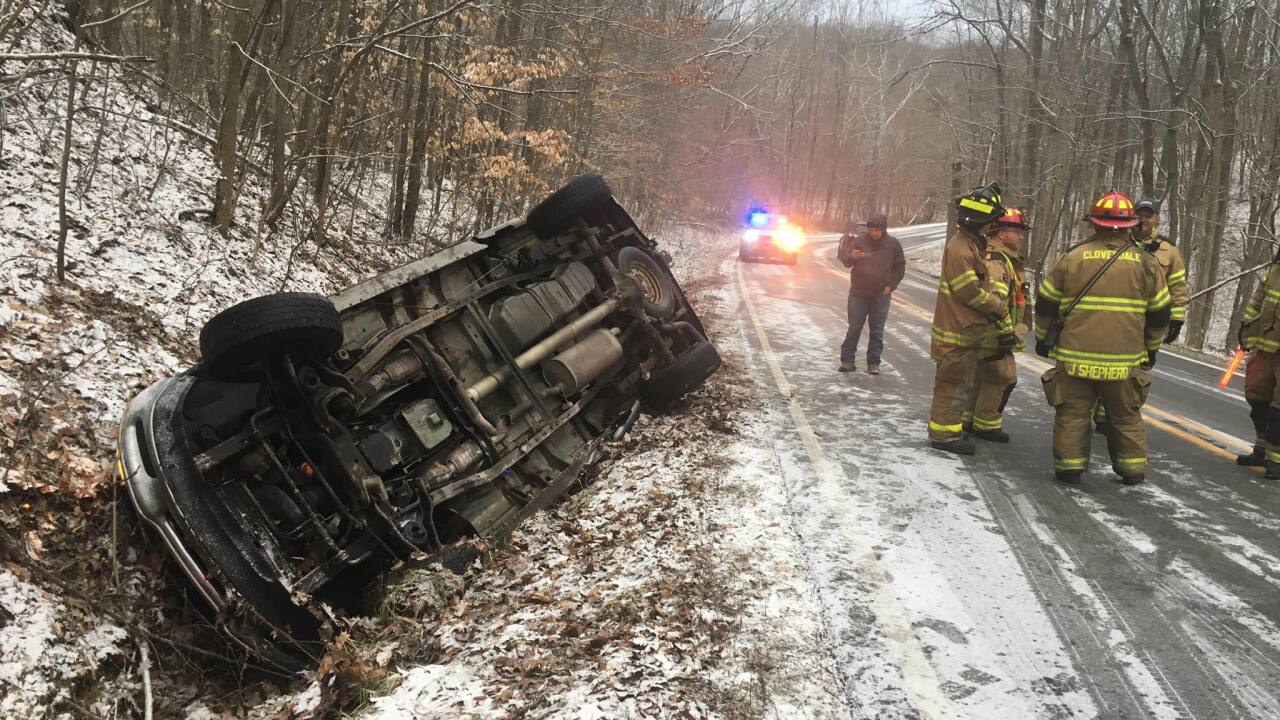 Authorities in Putnam County responded to a number of crashes on Saturday, January 26, 2019 due to hazardous road conditions. Several other counties in Central Indiana remain under a travel advisory Sunday morning. <i>Putnam County Sheriff&#39;s Office/Photo Provided</i>

INDIANAPOLIS — Authorities are warning drivers to be cautious after responding to an increased amount of slide offs and crashes in Central Indiana since Saturday evening.

As of Sunday morning, several counties, including Delaware, Henry, Grant, Boone and Hendricks, are still under a travel advisory.

When a travel advisory is issued for a county, motorists are asked to use caution and avoid hazardous situations.

In Putnam County, three people were transported to the hospital after a crash. Deputies said they believe high speeds and road conditions caused the driver to lose control.

In Carmel, officers responded Saturday night to an area of Interstate-465 near U.S. 31 South after receiving reports of two crashes.

Authorities in Lawrence County said the roads were still hazardous as of Sunday morning.