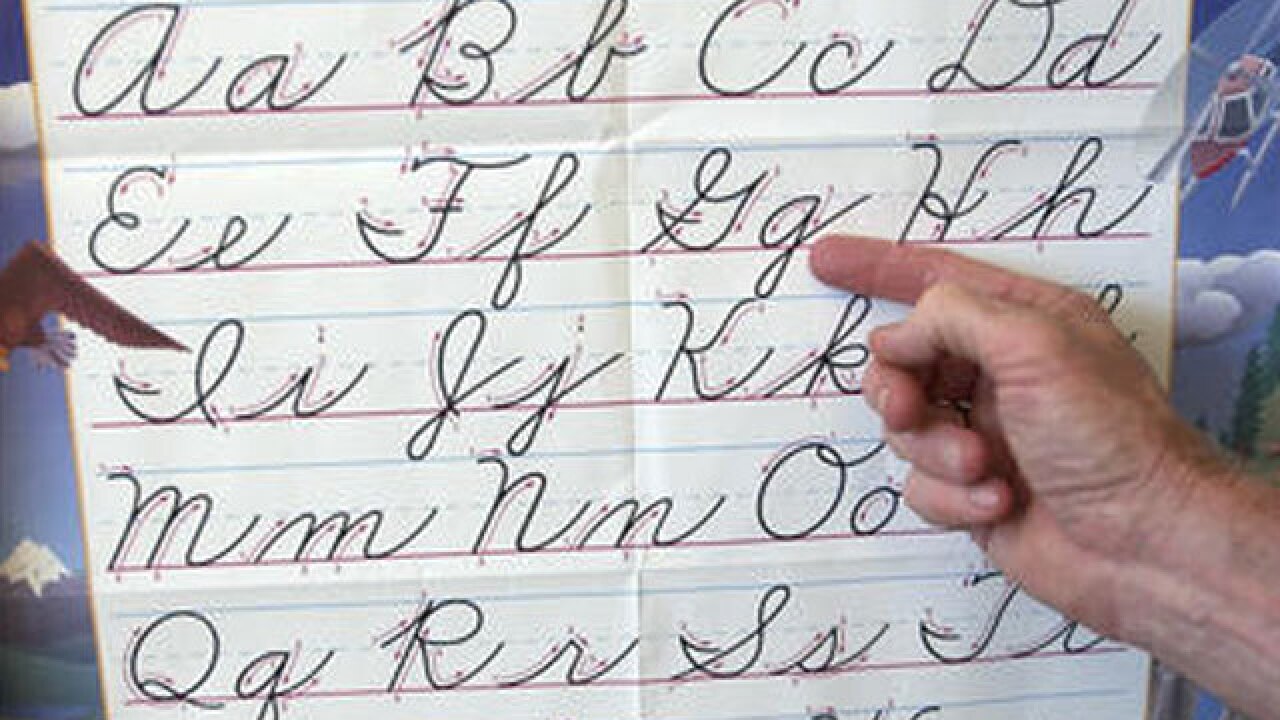 INDIANAPOLIS -- A bill to require cursive writing in Indiana schools, that was passed Monday by the full Senate, now moves to the House for possible action.

Senate Bill 8 would require each Indiana school corporation, charter school and accredited nonpublic elementary school to include cursive writing in their curriculum.

State Sen. Jean Leising (R-Oldenburg) has introduced a cursive writing requirement for the past six years, and while it passed the Senate each one of those years, it did not receive a hearing in the House.

“Cursive writing was not made a Common Core standard in the past, so many schools stopped teaching the skill. Now, we are starting to see the effects. For example, some teenagers are unable to sign their name to validate their driver’s license or sign agreements. It’s a simple, yet necessary skill we still use in society today, and it needs to be a part of our children’s educational foundation," said Leising.

Last year, Leising co-authored a bill which required the Indiana Department of Education to survey Indiana elementary and secondary school teachers, principals, superintendents and members of governing bodies about whether they support a requirement of teaching cursive writing in school.

70 percent of those surveyed supported a cursive writing requirement, but only 20 percent of Indiana schools are teaching the skill.