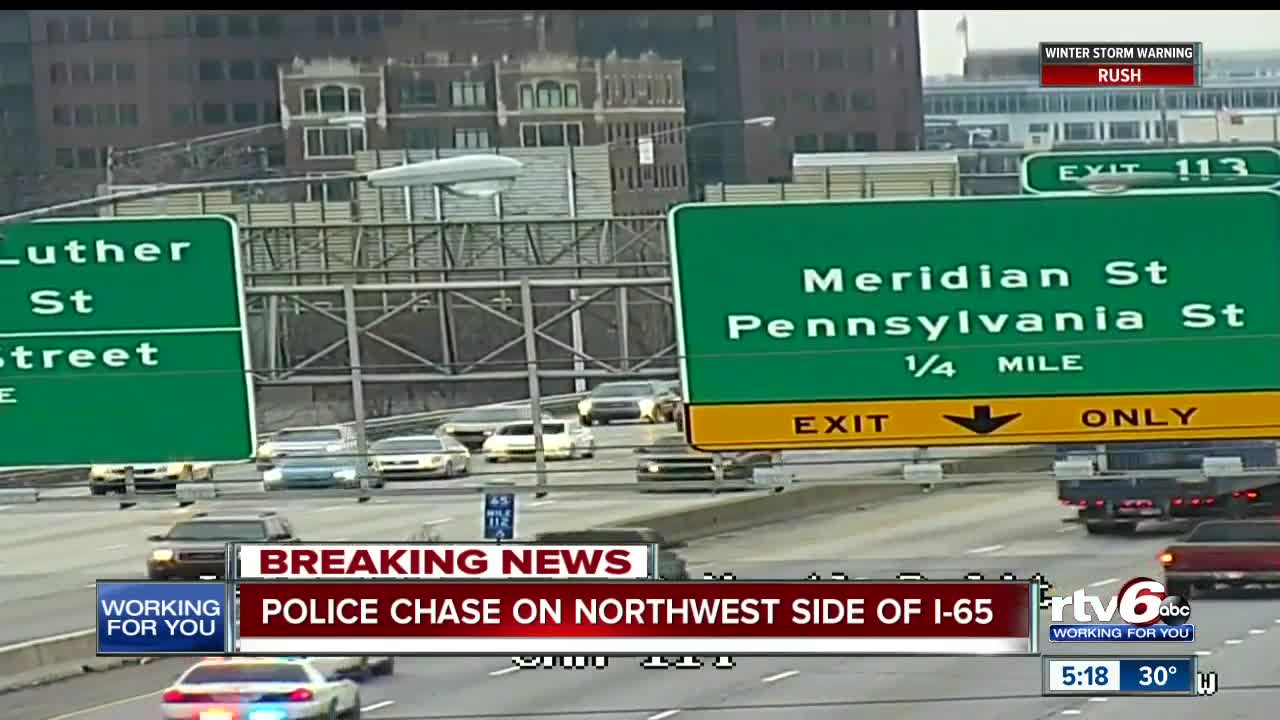 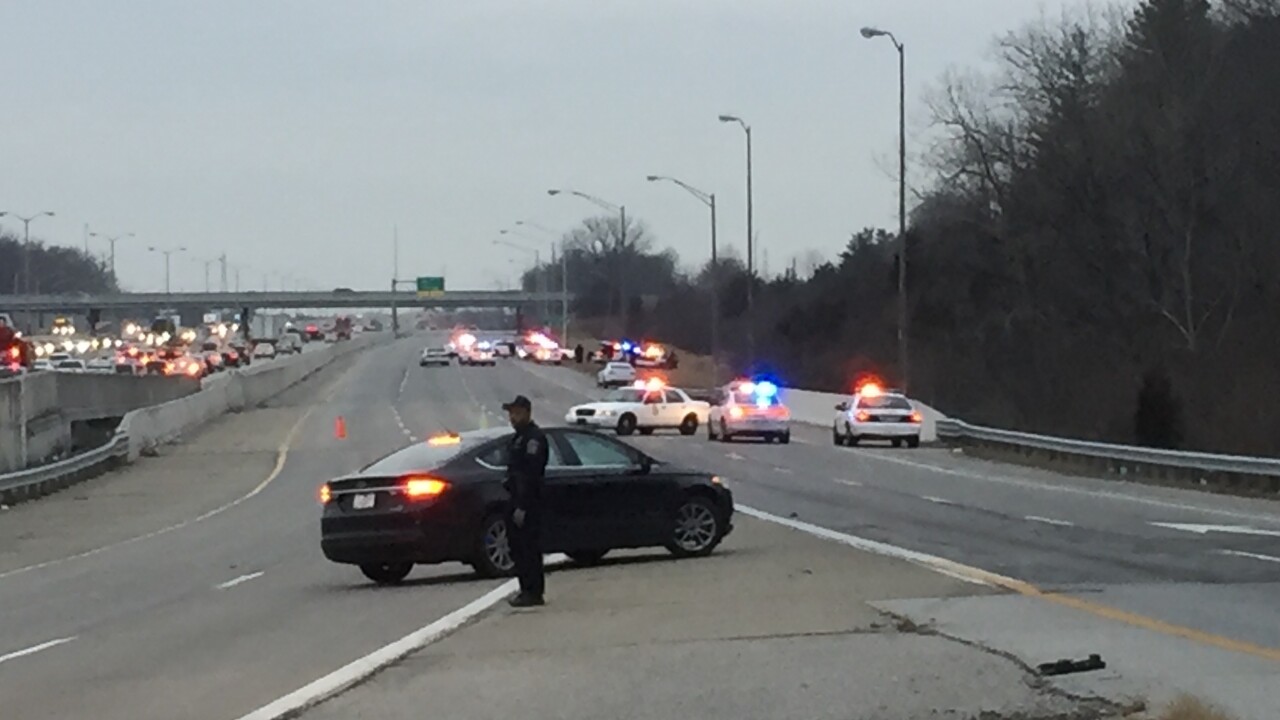 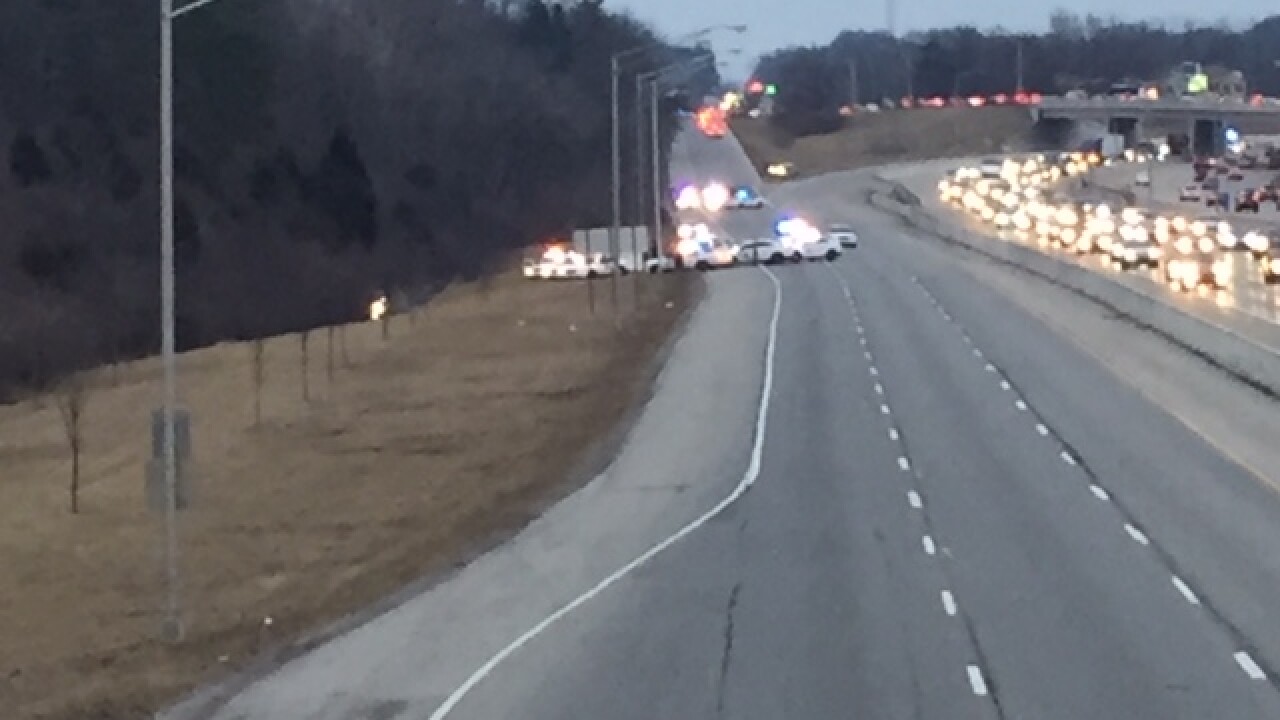 INDIANAPOLIS — Indianapolis Metropolitan Police Department has confirmed that the person who took police through a chase on I-65 has taken his own life.

After an extended amount of time with no contact, the police approached the car to find the person dead.

IMPD had ended the 30-minute long chase near Kessler Boulevard and West 38th Street this afternoon, after police say the suspect ran into a police car on Sherman Drive, this afternoon.

At some point during the half-hour long chase, the police were able to pop the suspect's tires. From there, officers used an invasive maneuver to take the car off the road.

Police say the suspect was still in the vehicle when they finally had them surrounded with multiple cop cars.

SWAT negotiators were on the scene to talk the suspect out of the vehicle via cell phone.

Officials say at one point the suspect had exited the vehicle with a weapon, but retreated back inside.

Officials also say the person had been in contact with their family members.

The interstate is now open, but traffic is still slow.