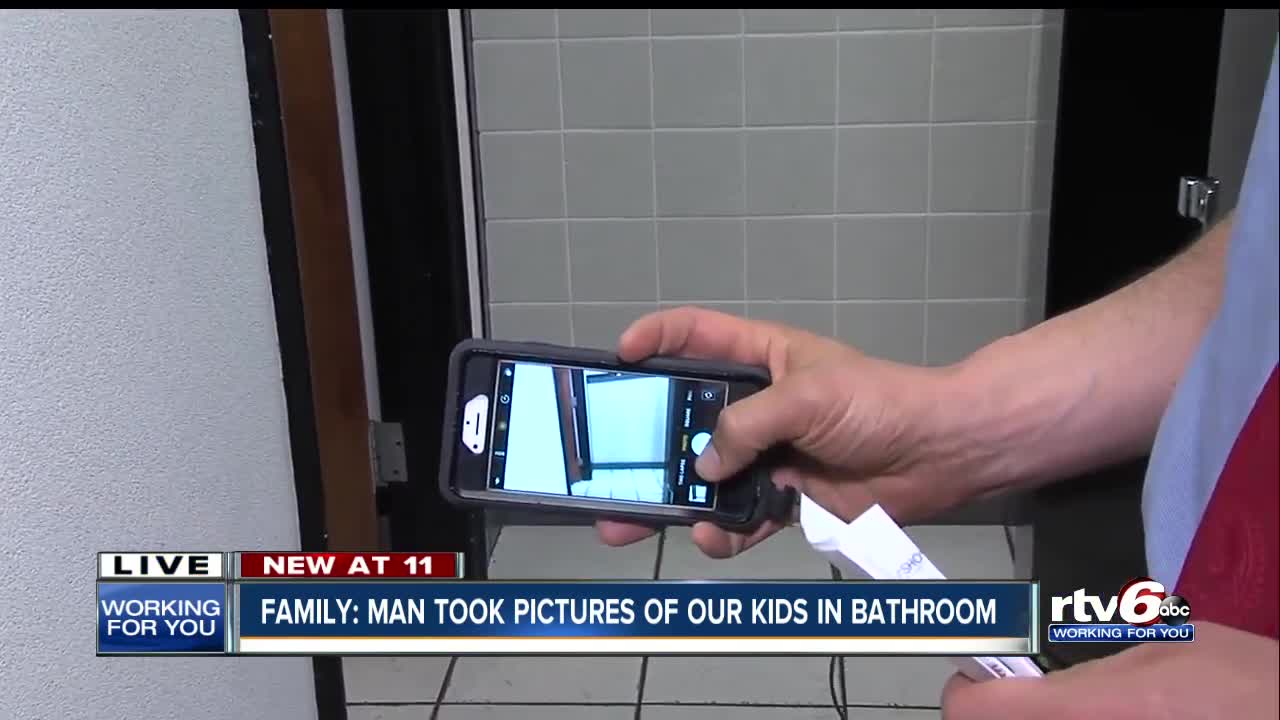 A Brownsburg father says he caught a man watching his young kids in the bathroom and reported him to police. Police say the father did the right things during the incident and they’re warning other parents to keep an eye on their kids at all times. 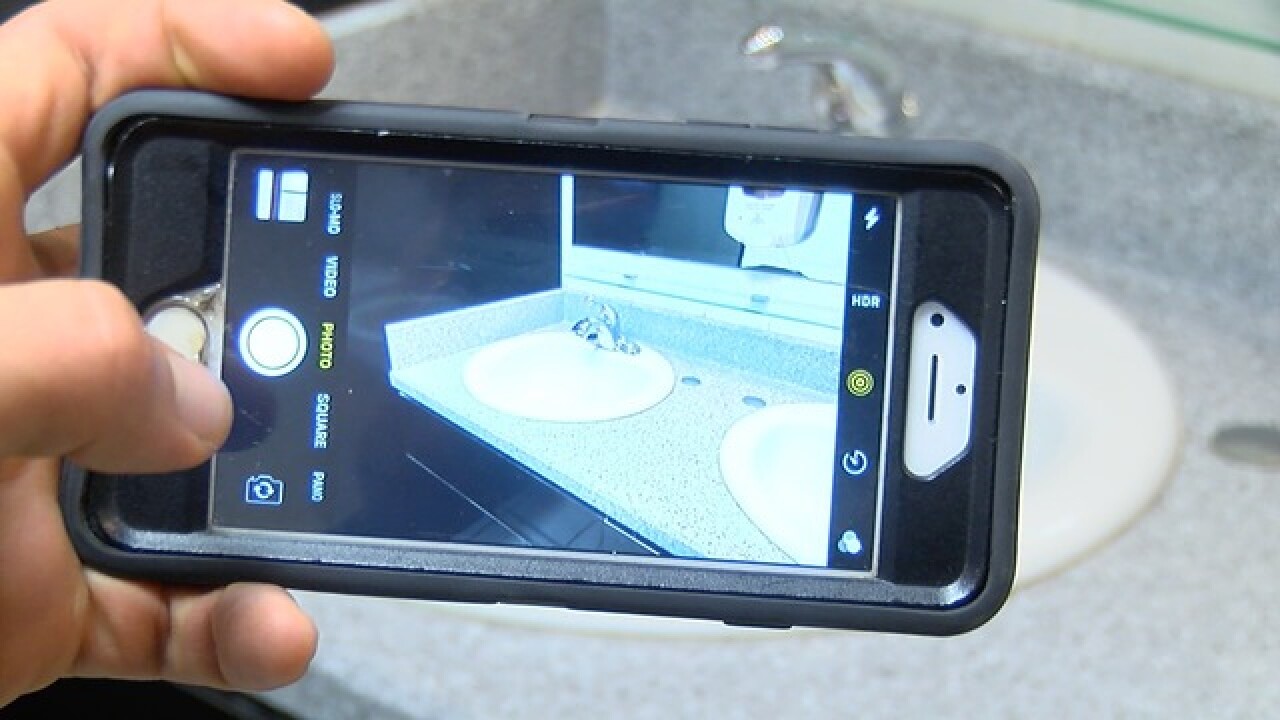 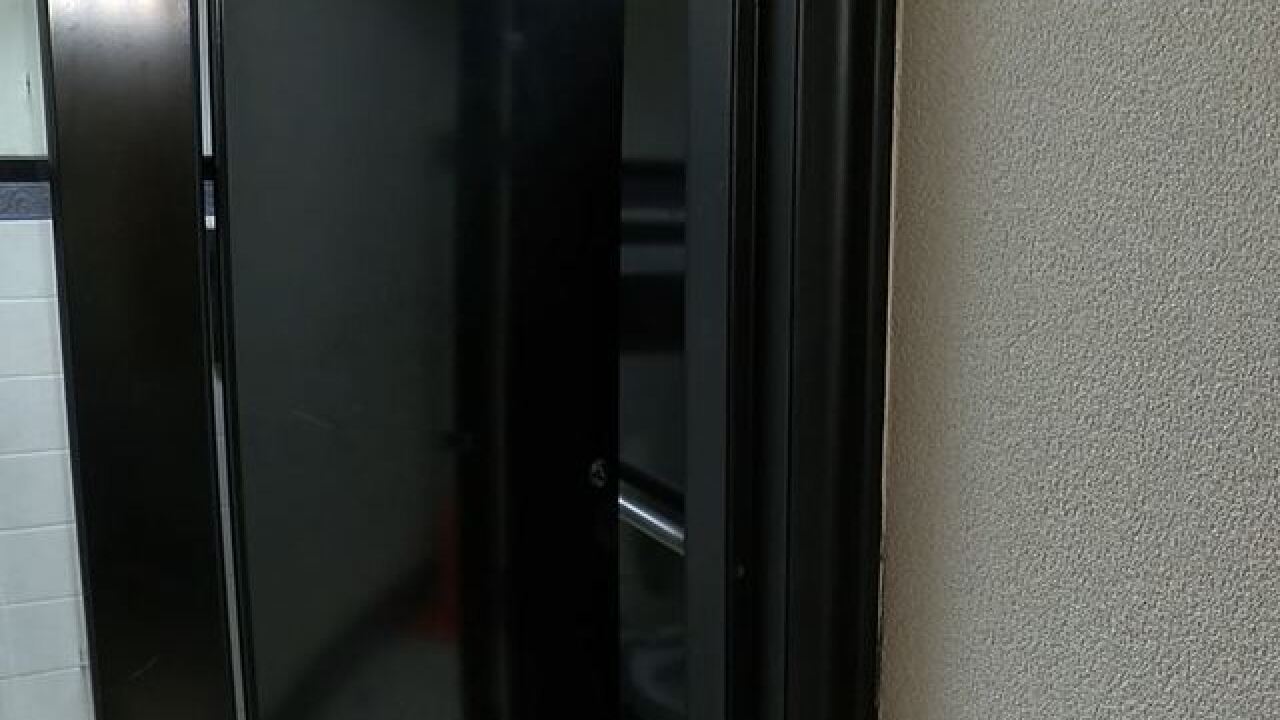 BROWNSBURG, Ind. -- A Brownsburg father says he caught a man watching his young kids in the bathroom and reported him to police. Police say the father did the right things during the incident and they’re warning other parents to keep an eye on their kids at all times.

The father did not want to go on camera, but the family shared their story on social media as a warning to their neighbors who may come in contact with the unidentified man.

The message said that right before leaving Scotty’s Brewhouse, the father took his young sons to use the restroom and they were followed in by an unknown man.

The father said after his boys used the stall and they were waiting for him by the wall in the bathroom, he caught the man holding his phone at his side with the camera pointing at his sons.

The father said he followed the unknown man out into the parking lot and then called the police to give them his license plate and report.

Police say they pulled over the man a short time later, but because they did not find any “child pornography” on his phone, they were unable to make an arrest at the time. They say the incident is being investigated as voyeurism.

Indiana’s voyeurism law says it’s a misdemeanor to knowingly or intentionally peep or watch someone in places where they may disrobe, like a bathroom, and if a camera is used during that “peeping” it could be a felony charge.

Police say situations like this are a reminder about why It’s important to keep an eye on your kids.

They say the father took the correct steps in this situation.

Police say you should always go with your young children when they use the bathroom and you should avoid distractions like your cell phone when you’re with them. They say making eye contact with anyone else in the bathroom can be helpful and let them know that you see them, it could also help you identify them later to the police if you have an issue.

Police have not made any arrests in this case.