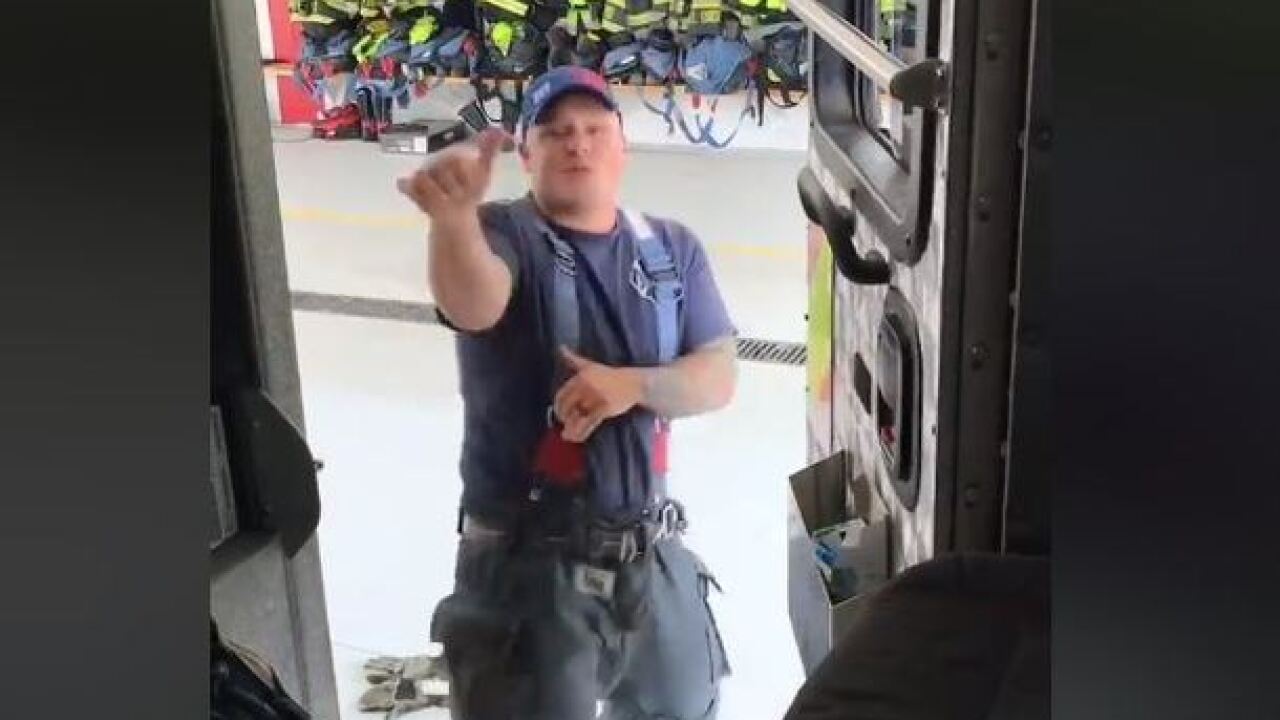 BROWNSBURG, Ind. -- A Brownsburg firefighter is taking the internet by storm with his take on the #KekeChallenge.

Lance Goldsberry busts a move in his video for the viral dance challenge that's sweeping the nation. For the #KekeChallenge, also known as the #ShiggyChallenge or #InyMyFeelingsChallenge, people are recording a video of themselves dancing to Drake's song, "In My Feelings," and then posting it to Instagram and Facebook.

Goldsberry says his 7-year-old daughter, McKenzie, asked him to give it a try and his video has not disappointed those in his Central Indiana community.

Watch his video below.

The challenge has also garnered a lot of negative attention though, because of how people are performing it.

Many people attempting the challenge are hopping out of moving cars.

The NTSB touched base on the dangerous trend in a blog by their Safety Advocacy Division last week, urging those taking part in the challenge to think before they do something crazy and "Don't jump out of a moving vehicle to dance in the street."

#OntheBlog we're sharing concerns about the #InMyFeelings challenge while driving. #DistractedDriving is dangerous and can be deadly. No call, no text, no update, and certainly no dance challenge is worth a human life. https://t.co/VL4AORXtAA #NTSBmwl

As you saw above, Goldsberry played it safe for his video, dancing outside his fire truck while it was parked at the station.