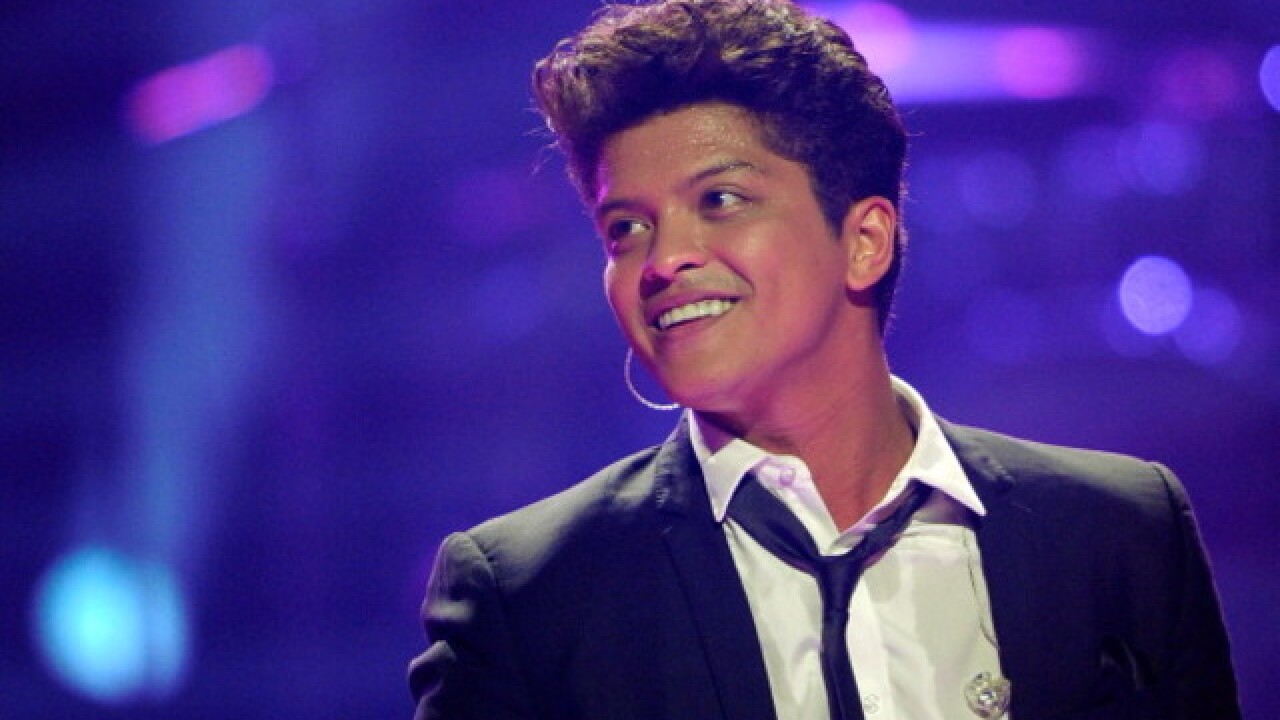 INDIANAPOLIS – It’s common for most celebrities to host an after party following their concert – but Bruno Mars found himself at a Waffle House on Indy’s east side Sunday.

The musician, known for hits like “24k Magic” and “Uptown Funk” held his “video release party” at the Waffle House near 21st Street and Post Road while in town for his 24K Magic World Tour.

He uploaded photos and videos to his Instagram of him ordering food and dancing – of course - with captions like “Video release party lit!” and “Music Video Release Party! #VersaceOnTheFloor”

The posts were a tease to Bruno Mars’ new music video for “Versace on the Floor.”