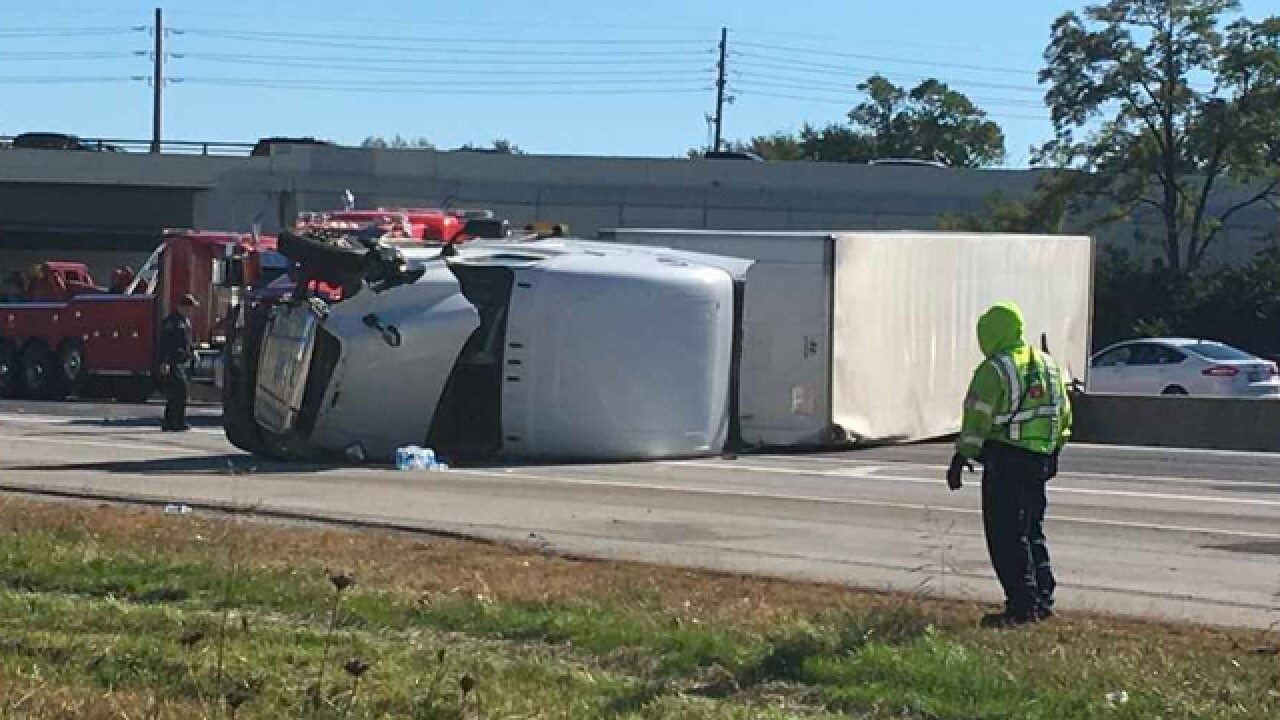 INDIANAPOLIS -- A six-vehicle crash that closed westbound Interstate 465 for hours Wednesday was caused by a bungee cord being used to hold down the hood of a vehicle, according to Indiana State Police.

Two semis and six cars were involved in the crash. Only one person suffered a minor injury.

"So fortunate there weren't any serious injuries," ISP wrote. "Poorly maintained vehicles shouldn't be driven on the interstate or any other road."

The crash occurred at about 1:55 p.m. northeast of Indianapolis and closed the road through rush hour. The interstate didn't reopen until about 8:40 p.m.