Challenge yourself to 21 days of kindness with Cards4Humanity 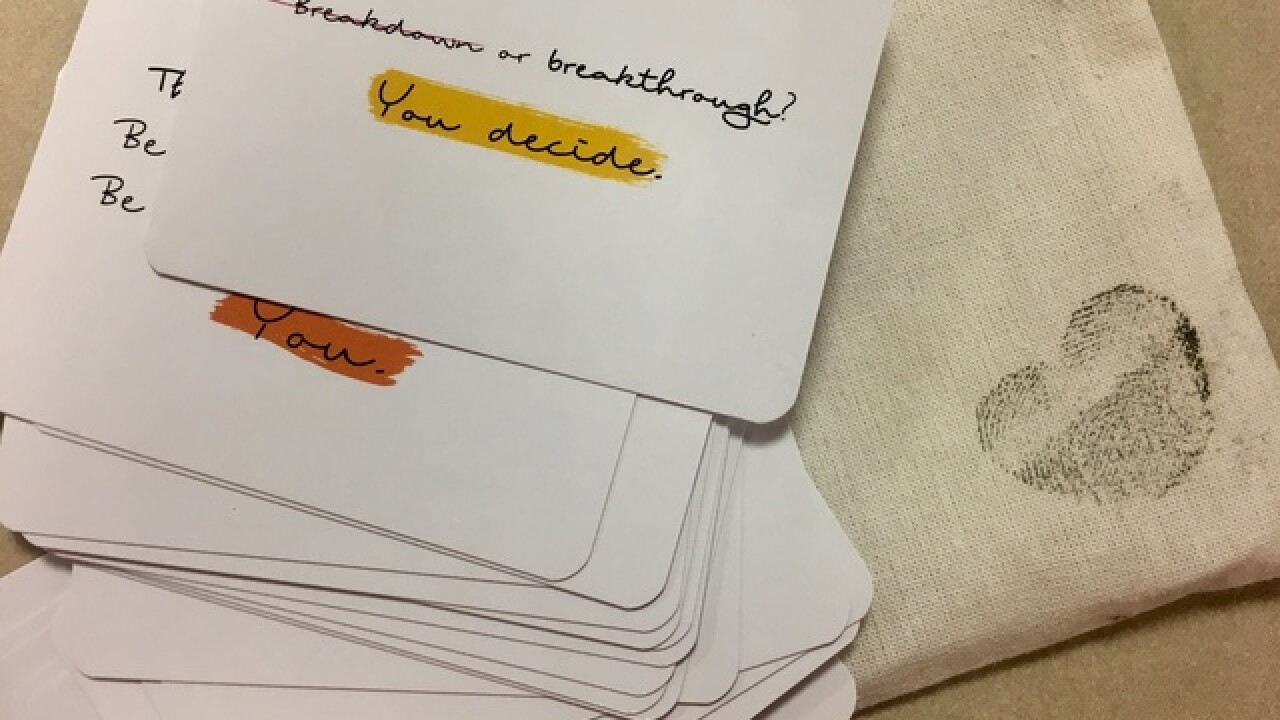 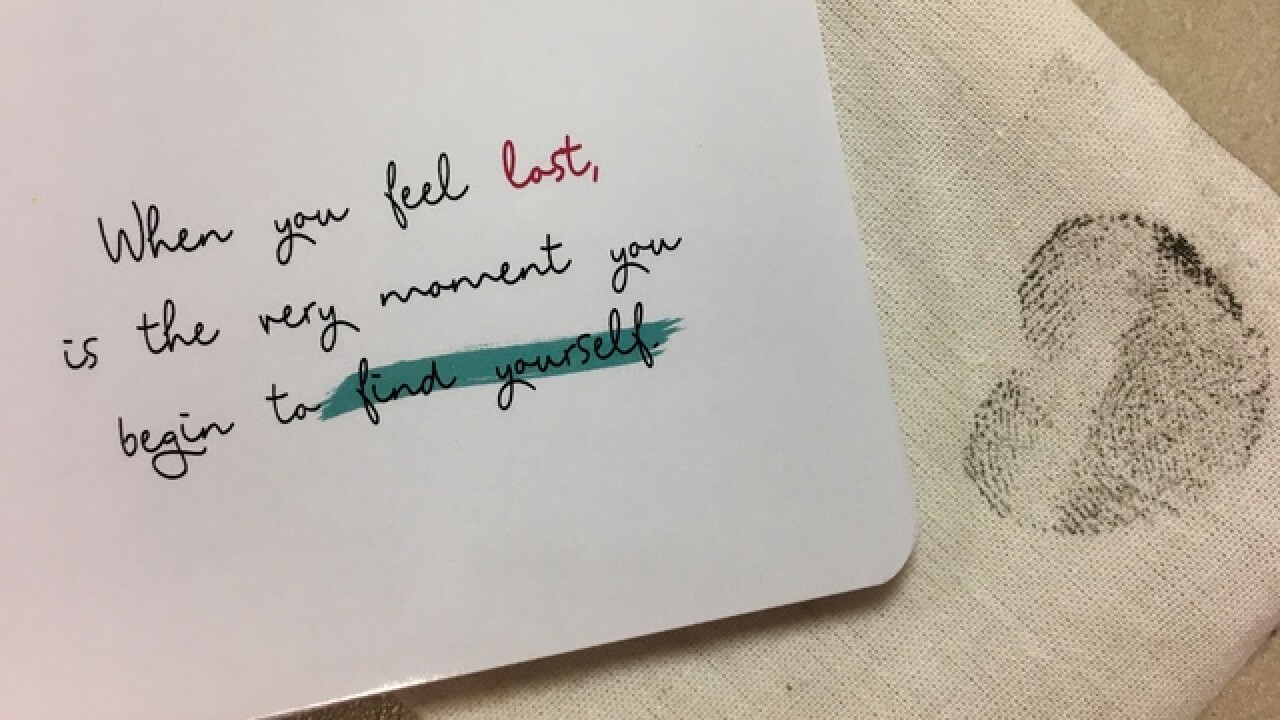 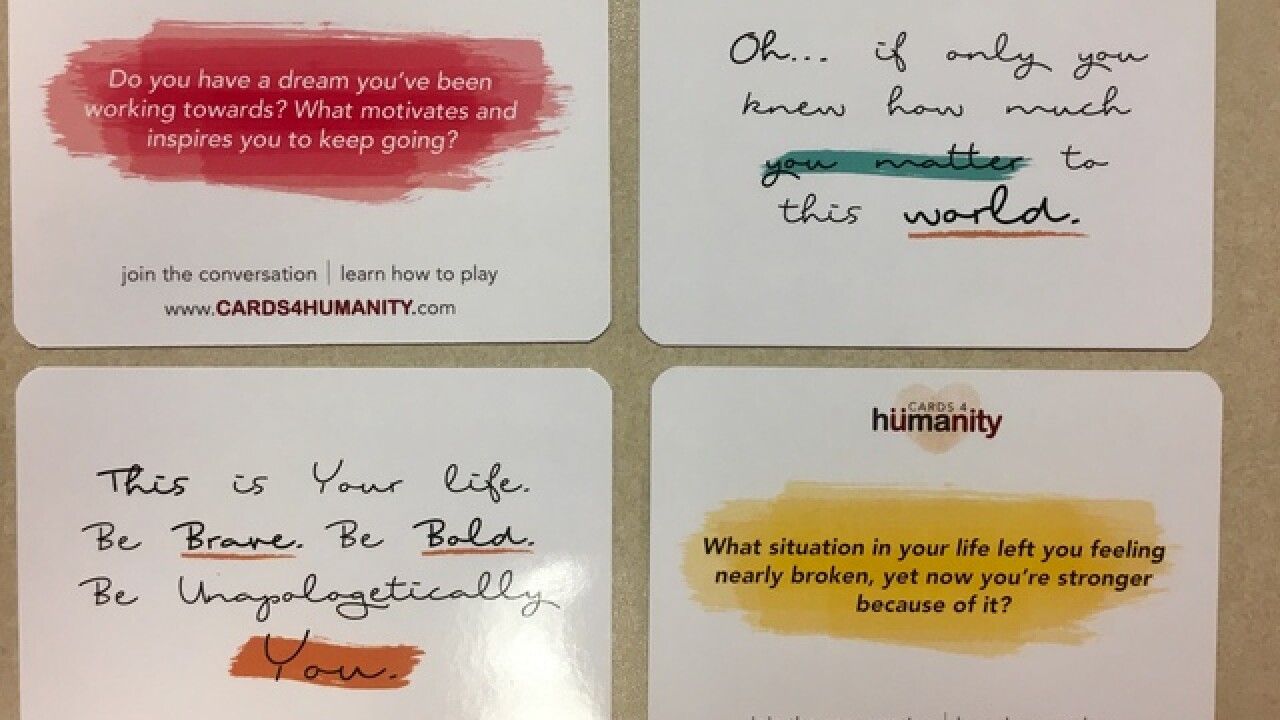 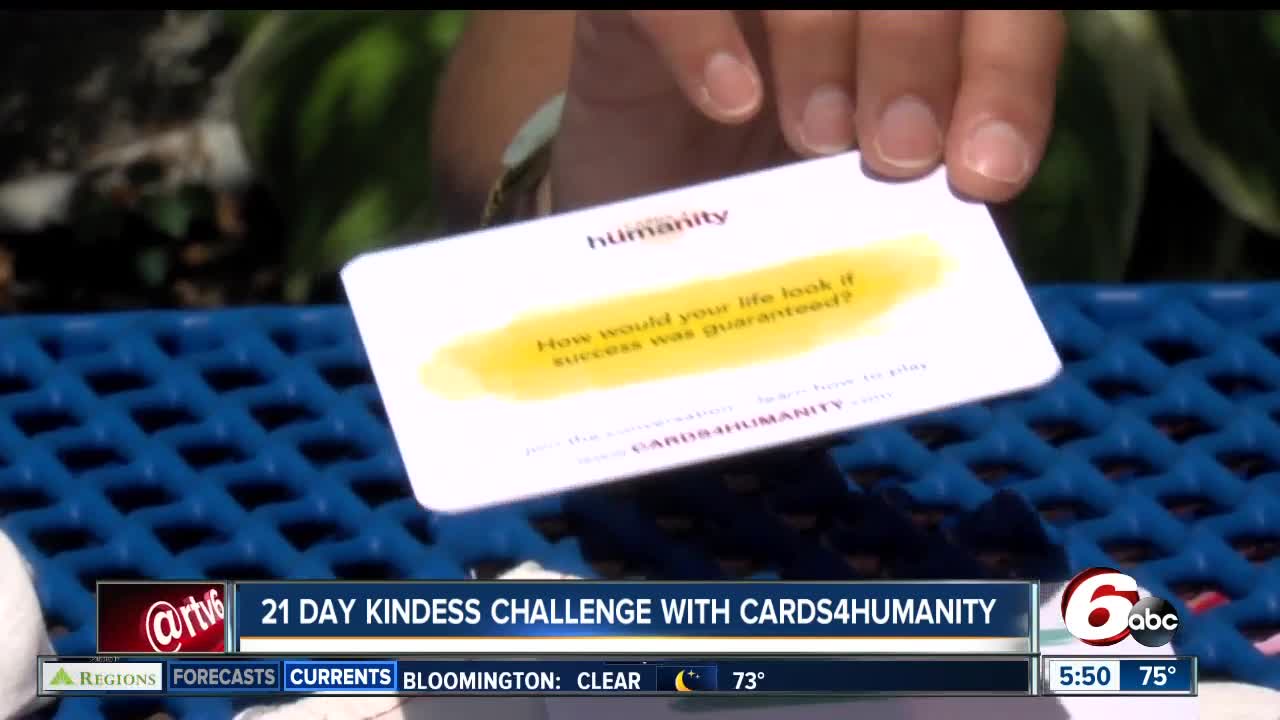 INDIANAPOLIS -- Can you challenge yourself to 21 days of kindness?  That is what one local entrepreneur is urging the Indy community to try.  It is part of the game called “Cards4Humanity.”

It is a twist on the “Cards Against Humanity” game that instead of providing laughs, looks to change someone’s day in a positive way.

The game of giving and kindness was created by Andrea Stumpf of Indianapolis.  The cards come in a deck of 21, each with an encouraging phrase on one side, and a question to consider on the other.

Stumpf says she created Cards4Humanity for people to get into a practice of sharing kindness, and have an opportunity to not only connect with friends but also with strangers in the community.

"I think everyone wants to be kind and want to do nice things for the world.  But they don't always know how,” explains Stumpf.   “We can't always, every single day buy a cup of coffee for someone in line at Starbucks.  It doesn't have to be these big acts.  It can be something as small as leaving a card, connecting with someone, making someone feel special.  And that's what those cards do, is they show it's the tiniest little acts that you do every single day that make a difference."

The game’s creator explains how science has proven simple acts of kindness can change people, and just for those who receive them.  Stumpf says Cards4Humanity has the power to create deeper connections with friends and new connections with strangers.

"You give one card away for 21 days because science shows that it takes 21 days to form a new habit in your mind. Just encouraging people to take the 21-day challenge,” says Stumpf.  “People think, oh 21 days, it is not a big deal.  But it is actually interesting to step outside of yourself and look at another for 21 days in a row and connect.  It is not as easy as you think.   And it does make a big difference in your life."

Cards4Humanity will be at Monumental Yoga on Thursday, June 21, along with other local vendors.

Monumental Yoga starts at 4 p.m. on Monument Circle.  RTV6 will be there as well, taking part in the community yoga class.  The class is a donation based class going towards Indy Yoga Movement, putting yoga classes in underserved local schools.

MORE TOP STORIES | If you have colored lights on your vehicle change them before July 1 | 5 kids shot at birthday party in Lawrence, 14-year-old arrested | 14-year-old dies after being shot in the head at birthday party in Lawrence | One dead in multi-vehicle crash involving two semis, multiple others injured | Beech Grove High School graduate selling or donating possessions before returning to Mexico