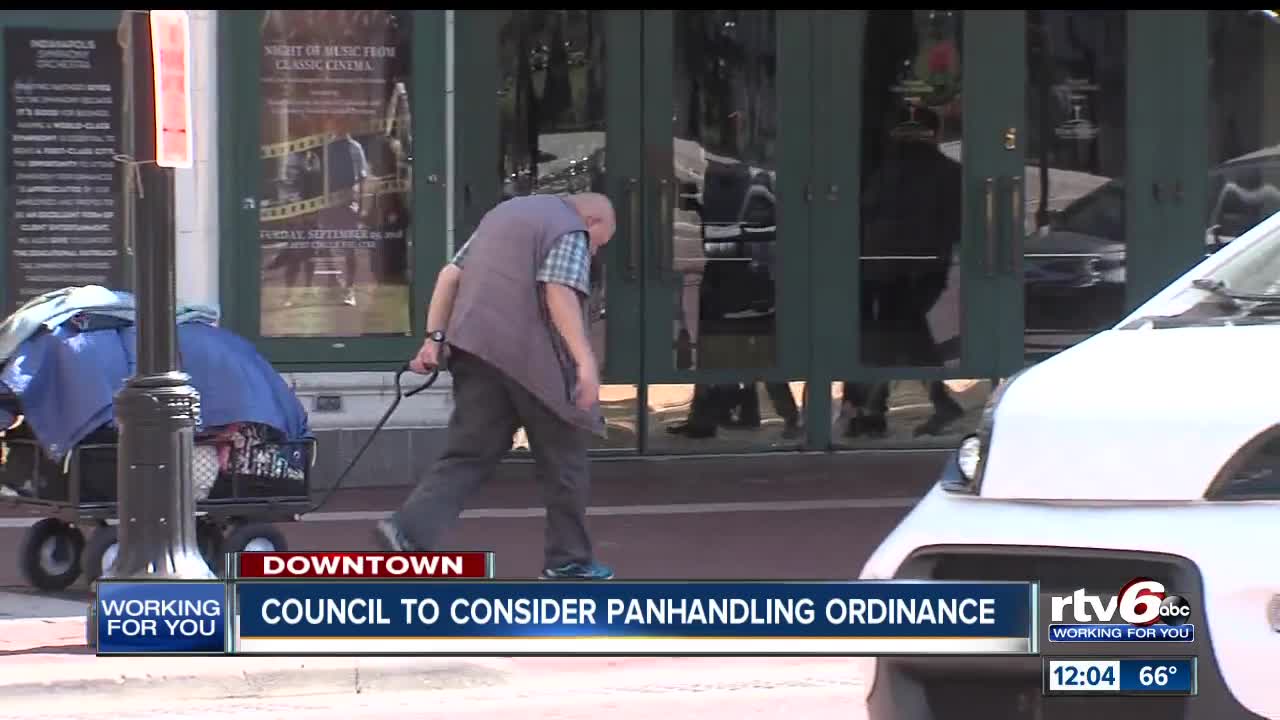 The Indianapolis City-County Council will hear a proposal Monday evening that is designed to discourage panhandling in downtown Indianapolis. 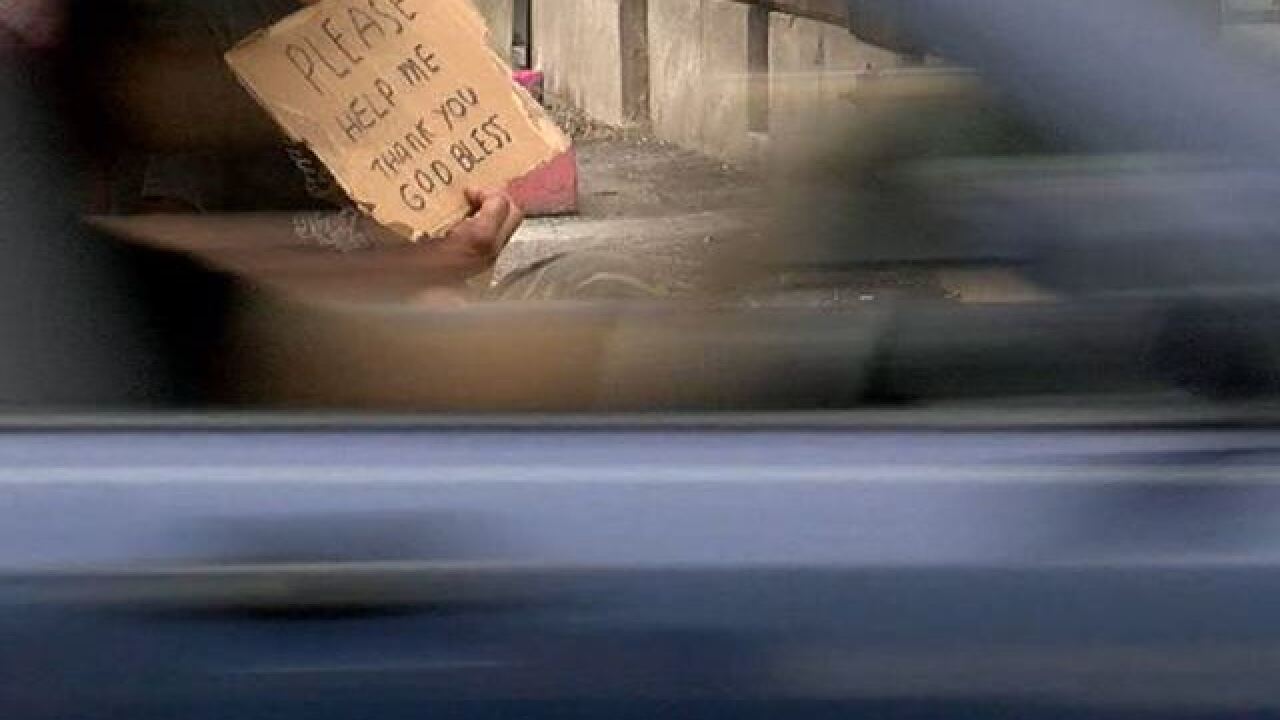 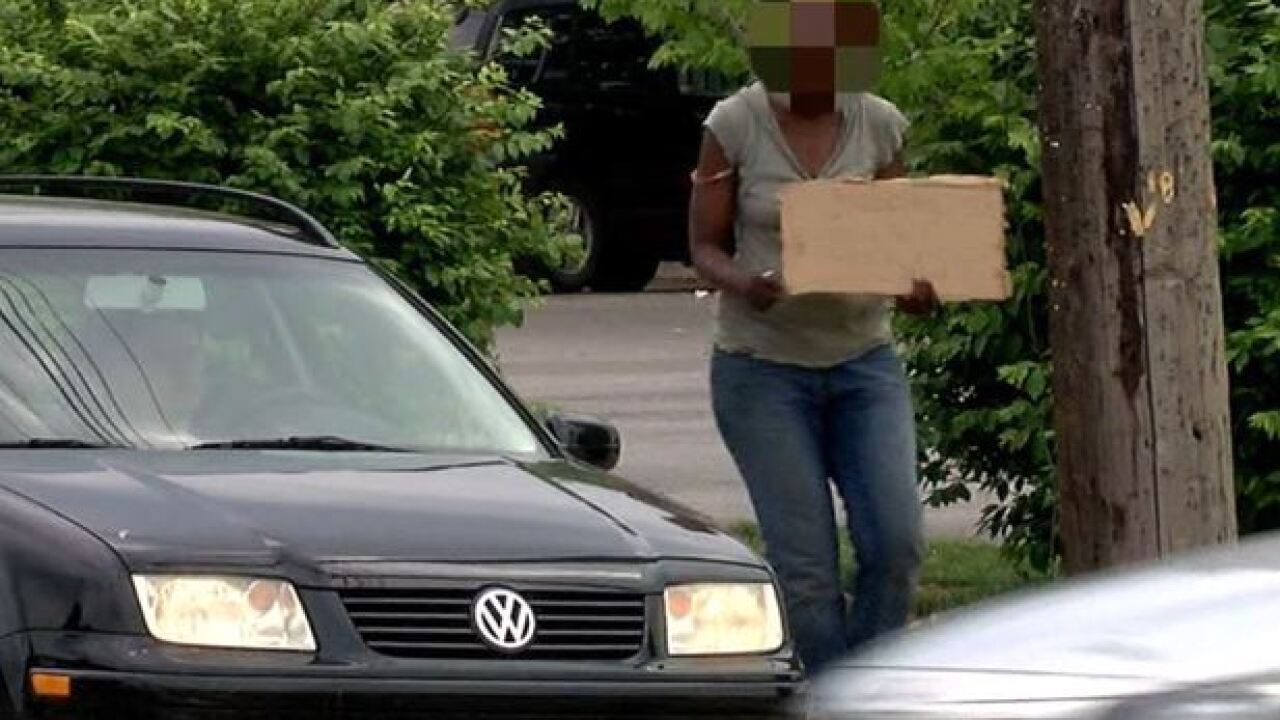 INDIANAPOLIS -- The Indianapolis City-County Council will hear a proposal Monday evening that is designed to discourage panhandling in downtown Indianapolis.

The ordinance, which will be introduced by Republican Minority Leader Michael McQuillen and Republican Councilor Susie Cordi, would make a new rule that no one can sit or lie on a city street or sidewalk within the mile square between 6 a.m. and midnight.

There are 10 exceptions to the ordinance as it's currently written:

The person must be notified by a law enforcement officer and must be given "a reasonable amount of time to comply" with the ordinance. Any homeless people in violation will be directed to emergency shelters, community/drug/mental health court, or other similar services.

Officials say on any given day in Marion County, there are 1,600 homeless individuals on the streets and many of them remain hidden to the general public.

Since April 2018, seven homeless camps have been closed, each evicting more than 100 people who were living there.

Indianapolis also ranks 14th in the nation when it comes to evictions.

“It seems like it’s ramped up recently,” McQuillen said. “I’ve had a lot of people who’ve reached out to me and said they fear for their safety. They can’t walk to their office or to lunch or whatever without being harassed by folks, so I really think it’s becoming a public safety issue. I think the time is now to address that issue.”

The Wheeler Mission, Horizon House, The Coalition for Homelessness Intervention and Prevention Program, the Indianapolis Chamber and many elected officials are vetting the ordinance.