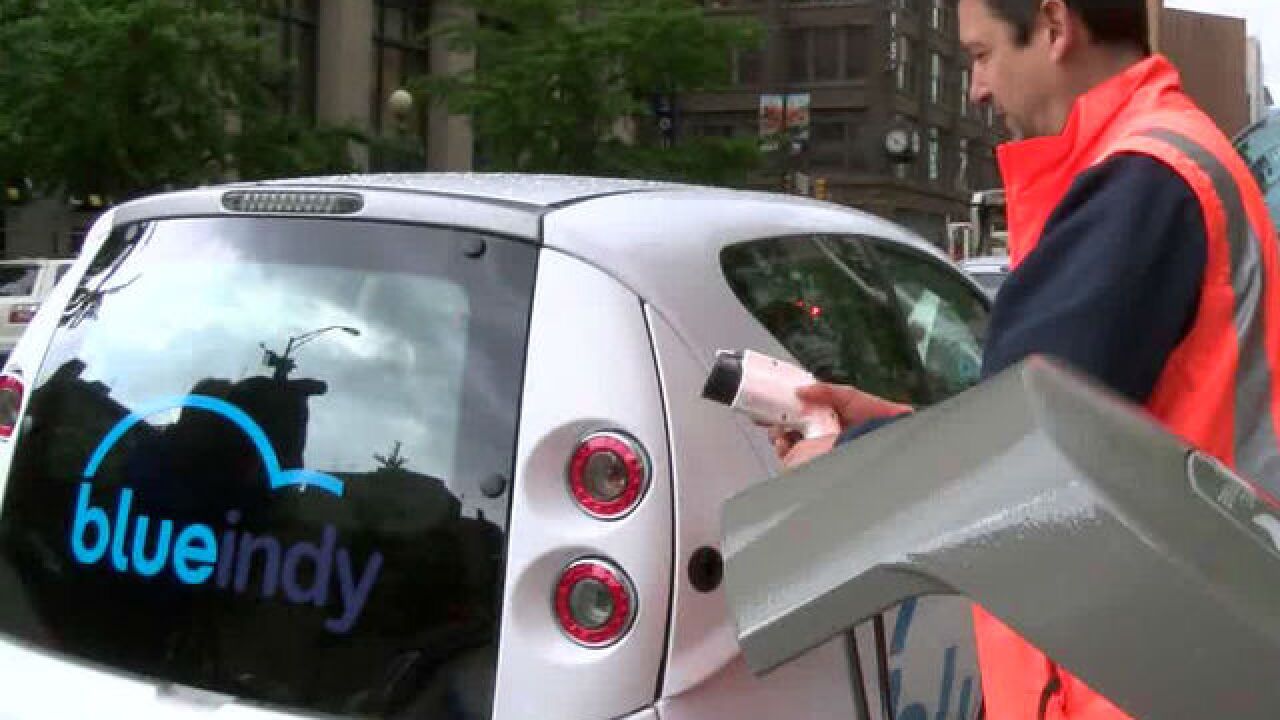 INDIANAPOLIS – Seven months after BlueIndy announced it would cease operations in Indianapolis, city officials are still trying to figure out what to do with the parking spaces and charging infrastructure.

A proposal up for discussion in the City-County Council Committee on Administration and Finance Monday evening would’ve urged the city to have BlueIndy remove the above-ground charging infrastructure and turn the spots back into parking spots. The proposal was first introduced in mid-March by the five Republican members of the council.

Last month, the city opened requests for the “creative reuse” of the infrastructure for the BlueIndy spots. There are 89 spots that used to be charging spaces for the electric cars.

One example for the former BlueIndy spots could be a temporary stand for food deserts in the city. The vendors could plug a generator in the below-ground charging infrastructure, which is owned by IPL and is staying no matter what. Another could be charging stations for an electric downtown-to-airport shuttle service.

“We have seen BlueIndy fail tremendously, I mean flat on its face,” Minority Leader Brian Mowery, R-District 25, said. “And I attribute that to not the current administration, so I’ll give them that.”

In a release, Mowery said Mayor Joe Hogsett and Democrats on the council would rather “double down and lose more of taxpayer money” than turn the spots back into parking.

The deadline for the requests for information on the spaces is Aug. 14. After the requests are finalized, there will be a period of public comment for Indianapolis residents.

Mackenzie Higgins, Hogsett’s policy advisor, stressed that the administration would favor taxpayer-friendly uses for the spaces, but wouldn’t commit to not spending any money on the project when asked by Councilor Paul Annee, R-District 23.

“Are we going to keep all 90 spots? No way,” said Councilor Frank Mascari, D-District 21. “Are we going to absorb the cost of tearing these down? I don’t think so. When the date comes in September I think our people will try to figure out how to do this where it’s not going to cost us a dime to get out of this situation. I do believe we need to keep some of the electric charging stations in the city.”

The vote failed on party lines. The city’s deadline to decide whether to purchase the above-ground chargers and kiosks is Sept. 21.