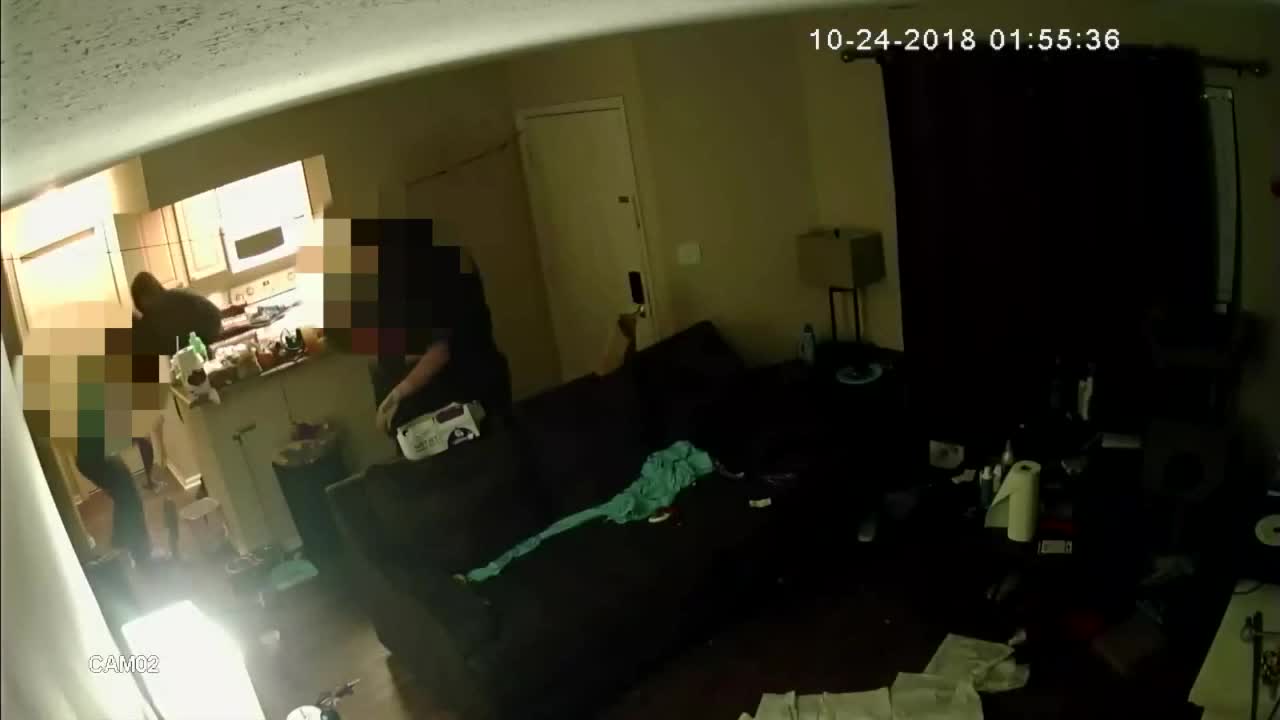 An Indianapolis couple who were ambushed and robbed at gunpoint at their apartment in Castleton is pushing for more security and patrols at their complex.

INDIANAPOLIS -- An Indianapolis couple who were ambushed and robbed at gunpoint at their apartment in Castleton is pushing for more security and patrols at their complex.

The incident happened at the Core Riverbend apartments.

The victims did not wish to be identified, but they're sharing their and video from the terrifying encounter to help bring awareness to the situation.

"They had no right to just come in my house and make me do those things," the victim said.

The couple said they made a late-night run for food and were just returning home for the evening when they were suddenly attacked from behind.

"All of a sudden there's just guns in my face," the woman said.

"They just kind of grabbed him by the neck and forced us inside at gunpoint," the woman said. "They were asking me where the money was, did I have any cash?"

She said overall there were four masked gunmen.

The couple used to live in another part of the same complex and say they would often see patrols near those apartments.

"I saw them patrol a couple times, but I feel like they don't really come back here as much," said the victim. "Maybe if they had a patrol route once a week than I'd be able to see that I'd have a little bit of piece of mind about it."

Last November, RTV6 spoke with neighbors after a violent armed robbery at Core Riverbend apartments. Management said then that they had some security patrols, but they wouldn't say how many or when they worked.

RTV6 reached out to Core Riverbend multiple times on Monday for an update on those security patrols but has not yet received a response.

"I used to be able to take my dogs out whenever I wanted to and now I have to, like, watch my back constantly and pray that nobody is hiding in these bushes out front," she said. "I can't sleep at night."