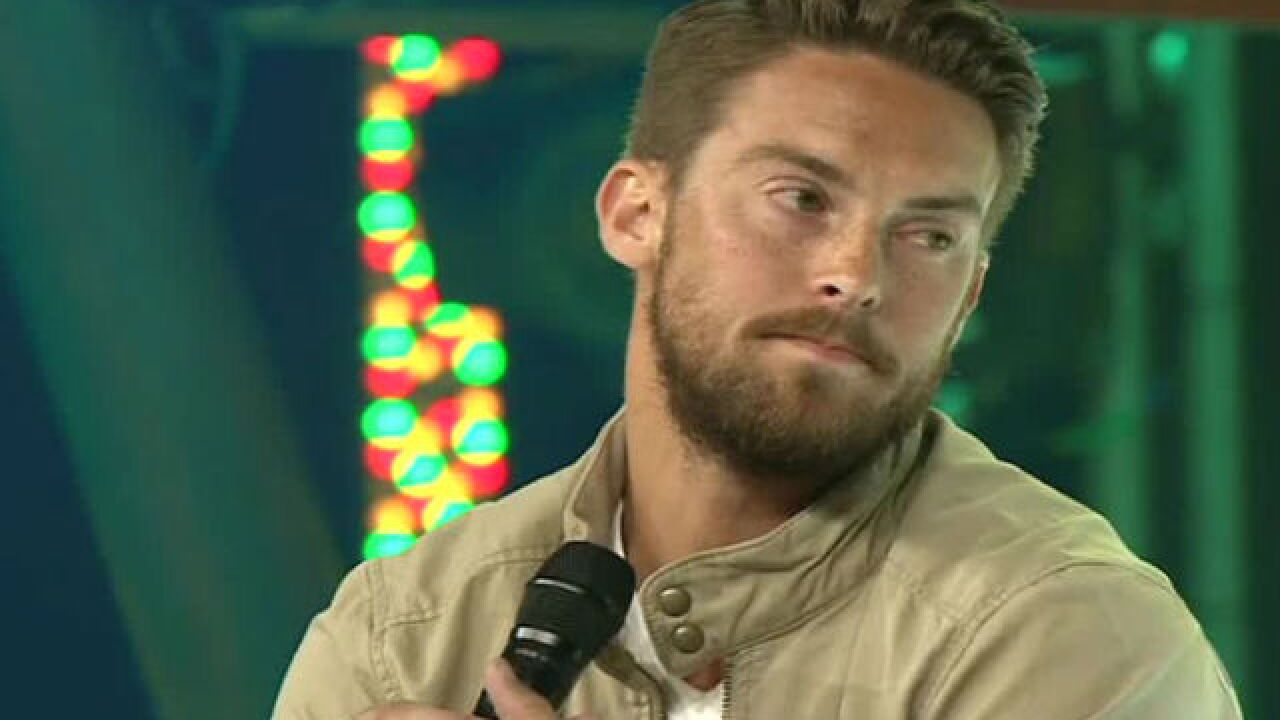 INDIANAPOLIS -- Davey Blackburn is a married man again. He made the announcement with the post of a wedding photo to his Facebook page on Monday.

Amanda was home alone when three men entered through unlocked front door of their home on Indianapolis' northwest side.

Two of the men left to try and get money out of Amanda's bank account with her debit cards.  One stayed behind and allegedly shot the pregnant mother three times, including once in the back of the head. She was declared dead the next day. Amanda left behind a 1-year-old son, Weston.

In a blog post published Nov. 14, Blackburn announced that he had proposed to Kristi Monroy and she said yes. "Also after seeking much counsel we decided there is no reason to postpone a wedding. So we're going to spring to get married," said Blackburn.

On Monday, Blackburn posted this picture of him and Monroy on his Facebook page.

He is a pastor at Resonate Church.

As for the murder trial, Jalen Watson agreed in October to cooperate with the prosecution as a part of a plea agreement.

In exchange for the dismissal of the most grievous charges against him, Watson has agreed to cooperate in the prosecution of his co-defendants, Larry Jo Taylor and Diano Gordon. They are charged with murder, burglary, robbery and auto theft in connection with Amanda Blackburn's death. Both are scheduled to go to trial next April.