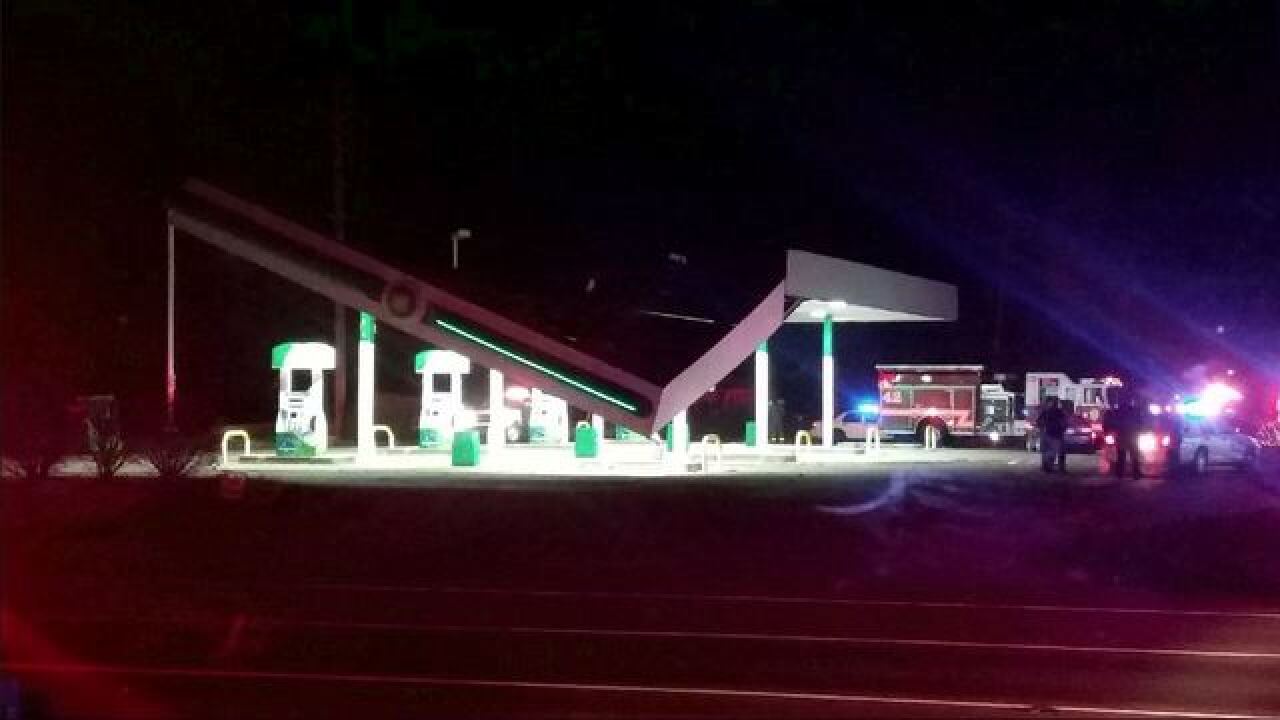 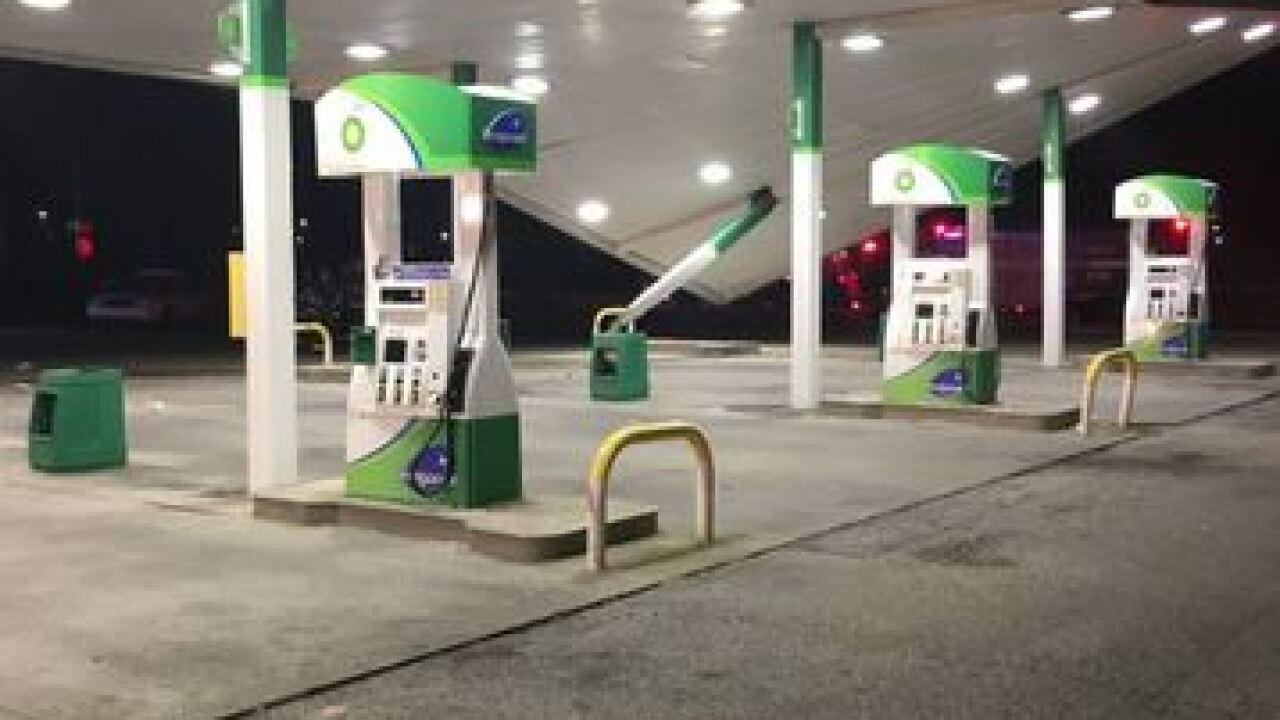 Emergency responders were called around 11:45 p.m. to the BP Gas Station, 9025 Brookville Road, on the report of a structure collapse after the crash.

No injuries were reported, according to the Indianapolis Fire Department.