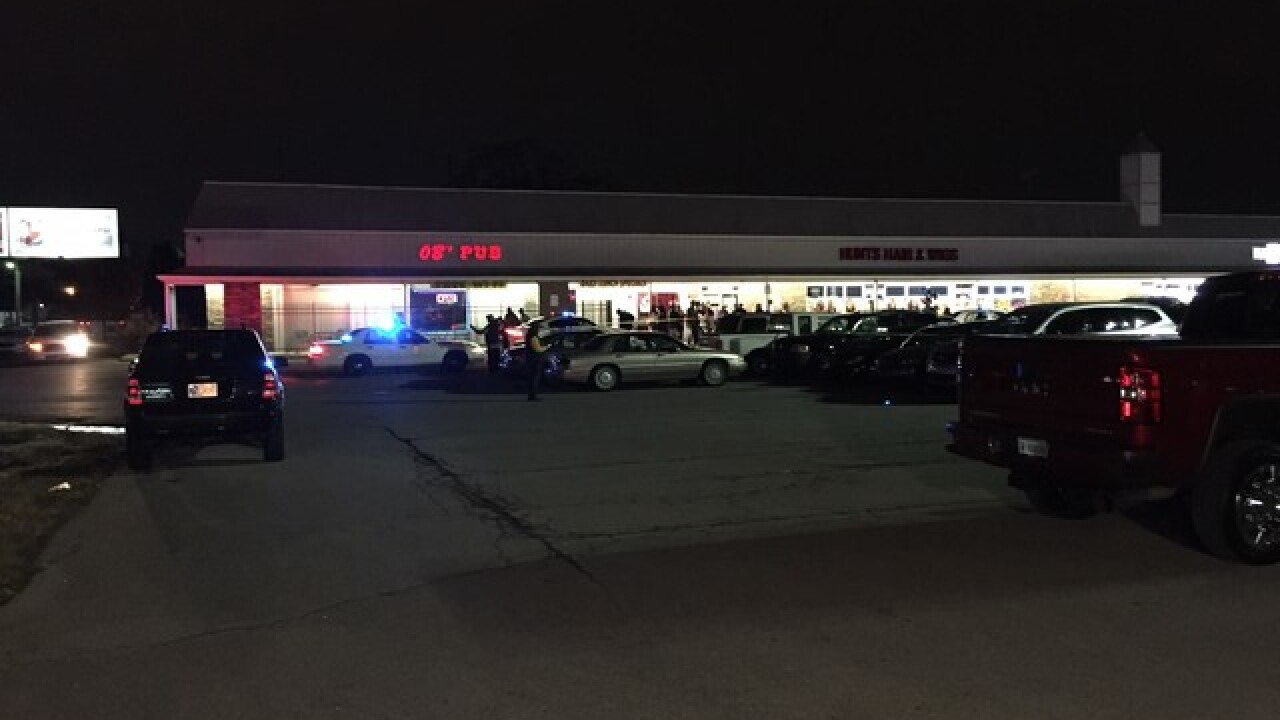 Copyright 2018 Scripps Media, Inc. All rights reserved. This material may not be published, broadcast, rewritten, or redistributed.
<p>A woman was critically injured after being shot on Saturday, November 3, 2018, at a pub on the eastside of Indianapolis. <em>Jake Weller/RTV6 Photo</em></p>

INDIANAPOLIS -- A woman was critically injured after being shot Saturday night at a bar on the eastside of Indianapolis.

Indianapolis Metropolitan Police Department officers and emergency responders were called just before 11 p.m. to O B's Pizza Pub & Eatery on the report of a person shot.

When they arrived, they found a woman shot and a man injured by debris and glass. The woman was transported to Eskenazi Hospital in critical condition and the man was treated and released by medics on scene.

IMPD said the woman was shot in the parking lot while she was leaving the bar and some bullets entered the bar.

At this time, police have not released the identity of the either of the victims or any possible suspects.