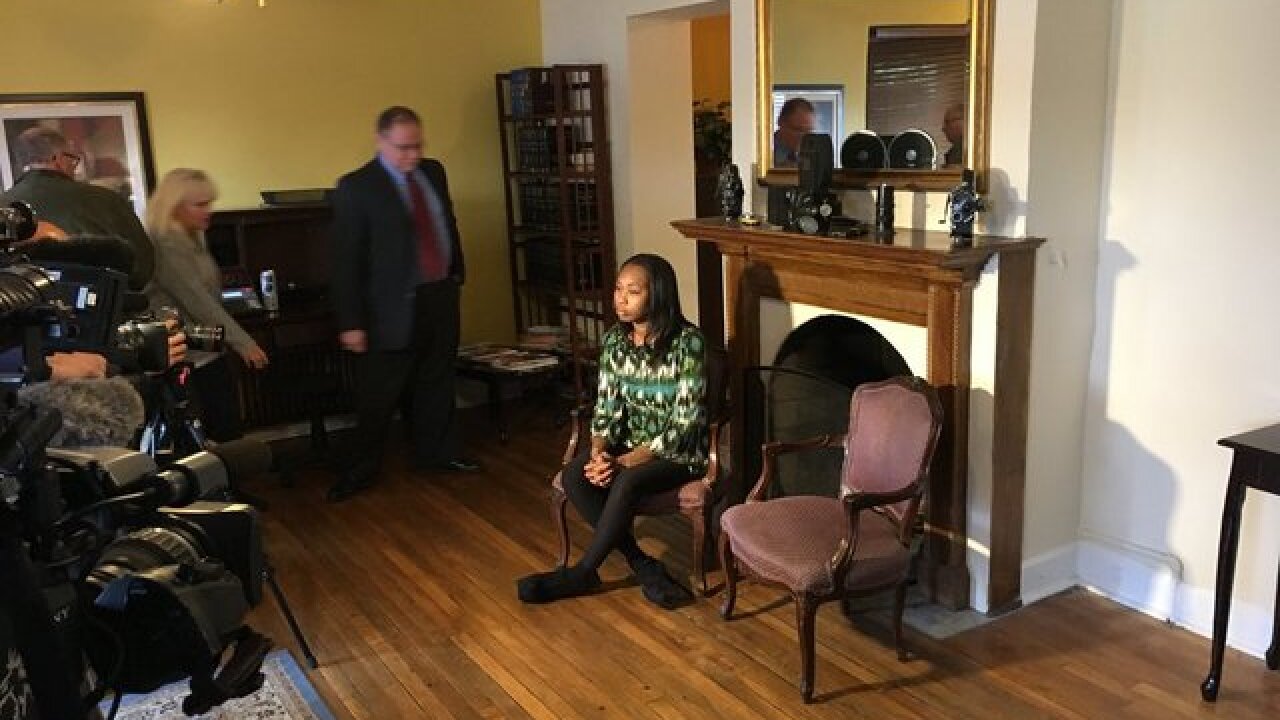 INDIANAPOLIS – Hours after prosecutors announced the two officers involved in the shooting death of Aaron Bailey would not be charged, his family delivered a heartfelt response that called for peace and justice.

Erica Bailey, the daughter of the man shot and killed by Indianapolis Metropolitan Police Department officers, said the decision left her “upset and confused” about why there wasn’t enough evidence to charge those involved.

“Today when they told me the cops were going home, I felt like someone else would get killed,” said Erica. “I don’t feel like cops should shoot somebody unarmed because they’re scared – then don’t be an officer... it’s so tore-up. Other people might be in danger, but we’re supposed to trust the law and right now that’s really hard to do.”

She said the decision to not charge the two officers was a “slap in the face.”

“The people behind the paperwork who made this decision – you made the wrong decision to put two cops that should’ve been held accountable for what they did, and they should have went to jail,” said Erica. “To just barely slap them on the wrist and protect them because they have their attorney to send them home for the night while me and my family are suffering…it’s ridiculous to me.”

St. Joseph County’s Prosecutor Kenneth P. Cotter, who was assigned to the case, took more than two months to look into the incident that happened on June 29 around 2 a.m.

After the crash, police said Bailey disobeyed multiple orders to put his hands in the air and appeared to be "rummaging" around in the vehicle's center console. The officers involved in the case said they feared he was reaching for a gun.

In response, the two officers fired 11 rounds at the vehicle, hitting Bailey four times. He was taken to the hospital where he later died.

Call 6 Investigates found that neither officer has any previous reports of discipline in his file.

Timeline of the Aaron Bailey Shooting

In mid-September, Bailey's family announced they had plans to sue the City of Indianapolis, the Indianapolis Metropolitan Police Department and the two officers involved. The lawsuit claimed Bailey never tried to exit his vehicle, face the officers or threaten them after he crashed his car.

The family is suing the city on the claim that a "culture of indifference" has permeated the department. The lawsuit claims IMPD and Indianapolis failed to train its officers on the use of force and implicit bias. The lawsuit also charges the city with failing to hold its officers accountable for not using body cameras.

“My word to the community is to come out, keep on fighting justice for my father because I won’t stop. Not only for my dad but for your family and kids too because this is the future. If we don’t change it now, it could happen again,” said Erica.

Erica said she wants the community to support continued efforts to get justice for her father, and to remain peaceful.

“I want the whole world to know what’s going on here and know it’s not OK,” she said.

Community leaders are also reacting with disappointment at the decision not to charge two police officers in Aaron Bailey's death. Rev. Charles Harrison, leader of the Ten Point Coalition, says there is a fear that black men can be shot by police and no one is holding them accountable.

Shortly after the special prosecutor's decision was announced, Indianapolis Mayor Joe Hogsett released a statement saying he had ordered an administrative review of the shooting to begin, effective immediately.

A civil rights investigation of the case is also being conducted in parallel by the FBI.