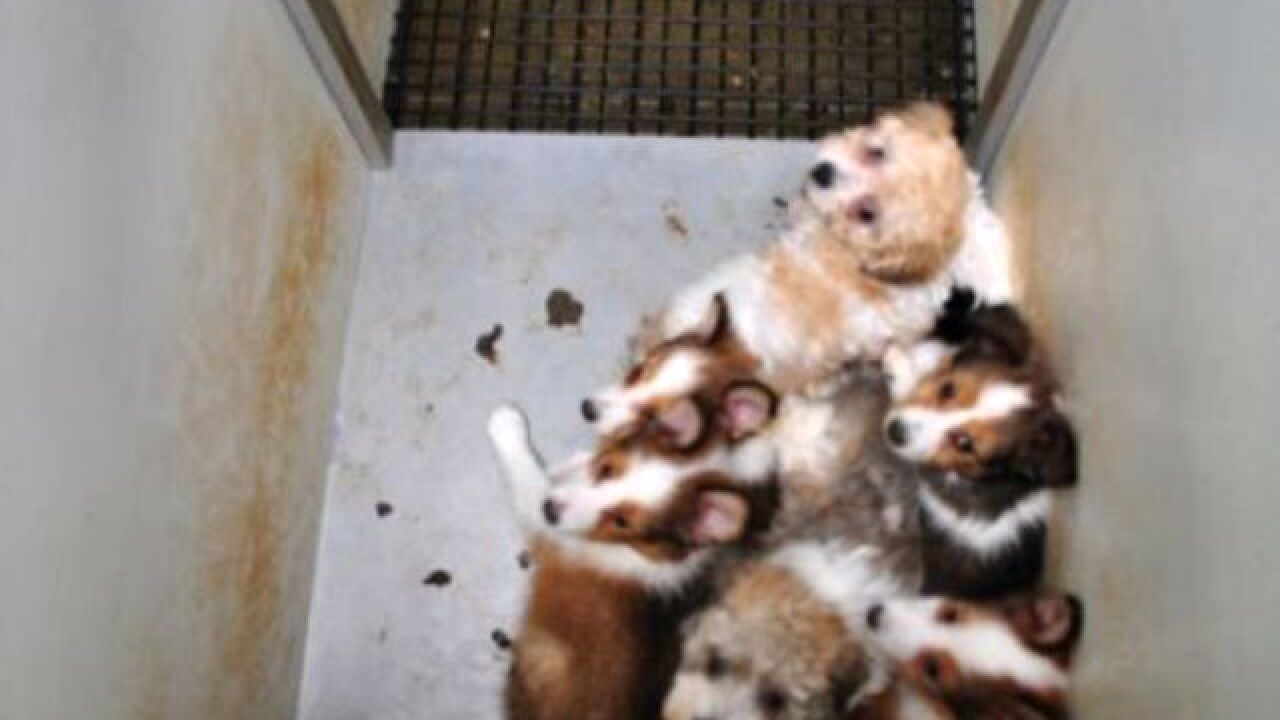 Humane Society of the United States
<p>Picture of puppy at facility in Rome City.</p>

INDIANA -- Indiana has four dog breeders on the Humane Society of the United States' Horrible Hundred list this year - the ninth worst in the country.

The Horrible Hundred list is a sampling of the 100 especially problematic puppy mills in the nation.

The Humane Society of the United States combs through federal and state inspections to compile the report each year.

The organization believes there are up to 10,000 puppy mills in the country.

In Indiana, the four puppy mills that made the list are in the following cities:

The breeders were not named in the report, but it did include details of what made them problematic.

In Greens Fork, USDA inspectors found an American Eskimo puppy dead in a bowl with bloody water. They also found multiple dogs without adequate protection or space and uncleaned pens. The pups also were in need of dental work.

At other shelters inspectors found dogs suffering in 103-degree heat, dogs with flaking skin, injured eyes and signs of dental disease - making them all rank on the "Horrible Hundred" list.

Topping the list of the Horrible Hundred for the sixth year in a row is Missouri with the 23 poorly ranked puppy mills.