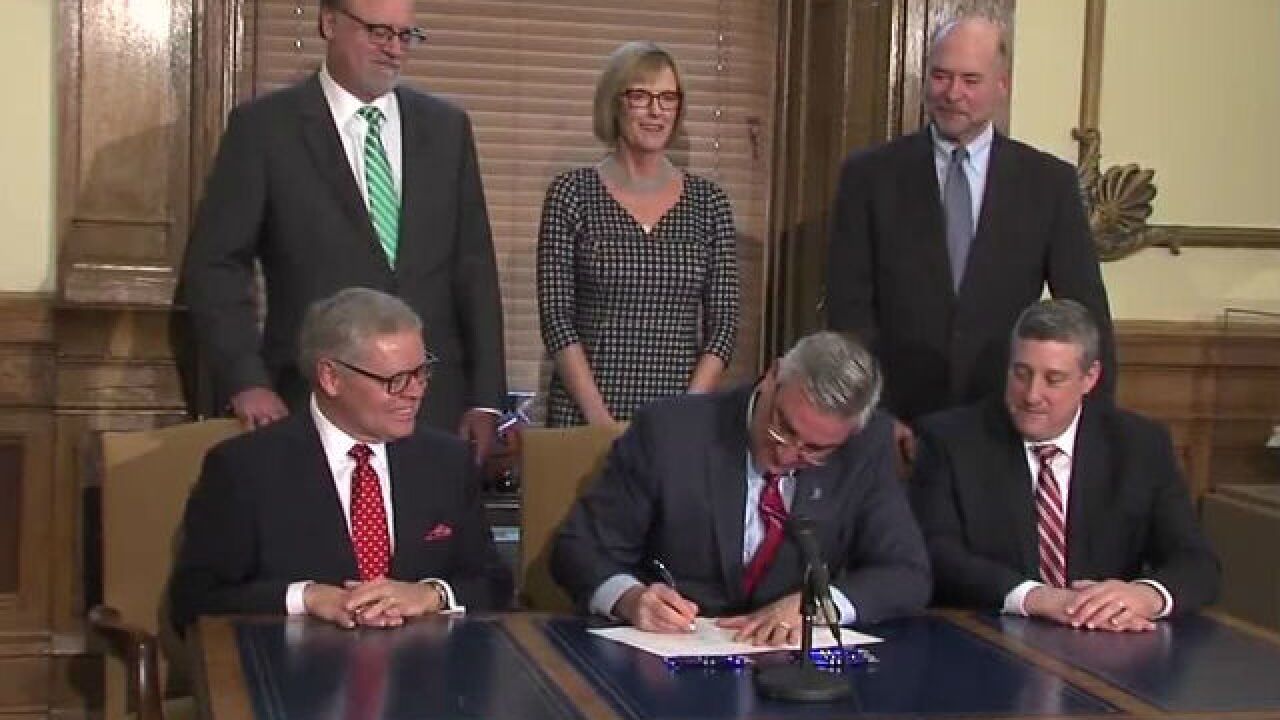 Starting this weekend, you can buy carryout alcohol on Sundays from noon until 8 p.m. Holcomb signed the bill to allow it Wednesday afternoon.

"There's no need to cross the border anymore in the State of Indiana," Holcomb said. "Buy local. And they'll have the ability to do it all seven days of the week."

The Indiana House previously approved the amended bill that would allow alcohol to be sold on Sundays. The bill is the same one that had already been voted on this session except it was amended to take effect immediately after its passage instead of July 1.

Because of that change, the bill had to go back to the Senate for a concurrence, which is a vote to agree to the change.

The Indiana Association of Beverage Retailers Chairman Jon Sinder applauded Governor Holcomb and the General Assembly for passing this "landmark piece of legislation":

"Indiana's small business package liquor stores have been preparing for this outcome for months by updating work schedules and, if needed, hiring, training and licensing new employees that reach the highest standards of safety as required by Indiana law. Neighborhood package liquor stores have been responsible merchants of alcohol products since 1933 and are ready to open our doors on Sundays for the first time. "

In places like Meijer and Kroger, the liquor aisles will no longer be roped off on Sundays.

For liquor stores, it means staffing an extra day. But will sales increase?

"Well that's the big question a lot of us liquor store owners are asking that very question statewide. Some of our members believe it's 6 days of sales, spread over 7 days. We'll just have to wait and see," said Jon Sinder, Crown Liquors.

With Sunday sales behind us, focus turns to cold beer sales at grocery stores, convenience stores, or drug stores. But one thing at a time, Holcomb says.

'Let's get through Sunday first," Holcomb said. "We'll cross that bridge when we come to it. The good news is, next session is right around the corner. We'll continue to look at ways to modernize."

READ | Why cold beer laws in Indiana aren't changing in 2018

Watch Holcomb sign the bill in the video player above.