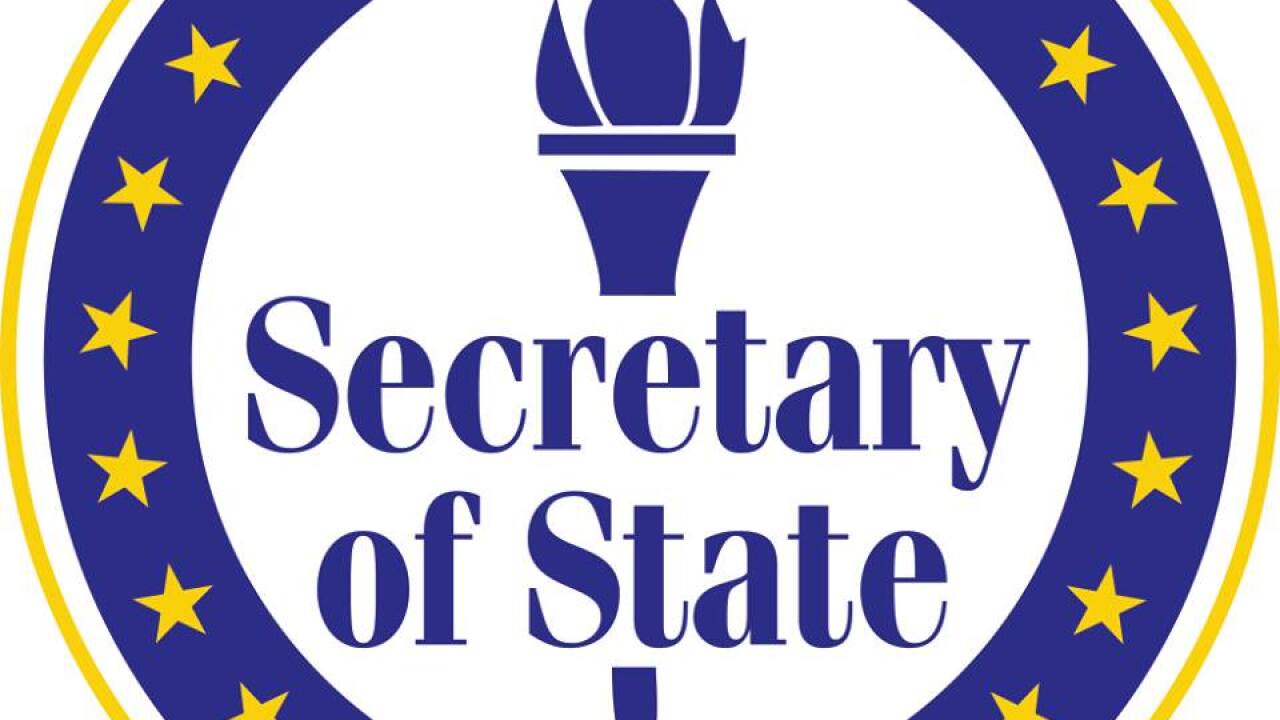 INDIANAPOLIS-- Two national advocacy organizations and an Indianapolis attorney have filed a formal complaint against the Indiana Secretary of State’s Office, accusing the agency of denying access to public records.

The complaint alleges Secretary of State Connie Lawson’s office violated state public records law by concealing communications regarding election security when she was president of the National Association of Secretaries of State (NASS), a private membership association of secretaries of state and corporate affiliates.

Lawson served as president of NASS from July 2017 to July 2018, records show, and currently serves as a member on the securities committee.

NASS has vigorously opposed the federal government’s designation of election infrastructure as ‘critical infrastructure’ and has opposed security requirements attached to federal funding for election systems, according
to the complaint.

On September 13, 2018, the National Election Defense Coalition submitted a records request to the Secretary of State’s office requesting all communication between the office and NASS from May 1, 2017 to date.

Secretary Lawson's office initially responded to the public records request by providing over 450 pages of brochures which were immaterial to the request, said Indianapolis attorney Bill Groth.

“The Secretary's office then tried to assert privilege to refuse the request, but she did not provide applicable authority on which to deny the documents,” said Groth.

In a December 18 response, the Secretary of State’s office denied the records request on the ground that NASs is a private organization.

“Her aggressive refusal to comply with her transparency obligations leaves Hoosiers to wonder what she is trying to conceal from the public regarding our electoral system and whom she is trying to protect,” said Groth.

Groth said public records law does not provide any exemption for communication with a private organization.

“The office of the Secretary of State is flagrantly failing to comply with Indiana state law to provide access to public records,” read the complaint. “The office failed to respond to the initial request in a timely fashion, delaying its response for two months.”

The office’s denial hinders the public’s ability to understand significant issues with the electoral system, read the complaint.

Valerie Warycha, Deputy Chief of Staff and Communications Director, declined to comment Friday on the complaint.

However, Britt’s opinions are not binding nor are they a legal mandate.

The opinions can be useful in negotiating with public agencies, and if a party decides to sue over access to public records, having a PAC opinion allows them to seek reimbursement for legal expenses if they win their case.

Groth has made headlines previously in his battle for public records, including lawsuits for Mike Pence and lawmaker emails, as well as the City of Columbus for an accident report involving police.