Hard alcohol ban ordered for most US, Canada fraternities 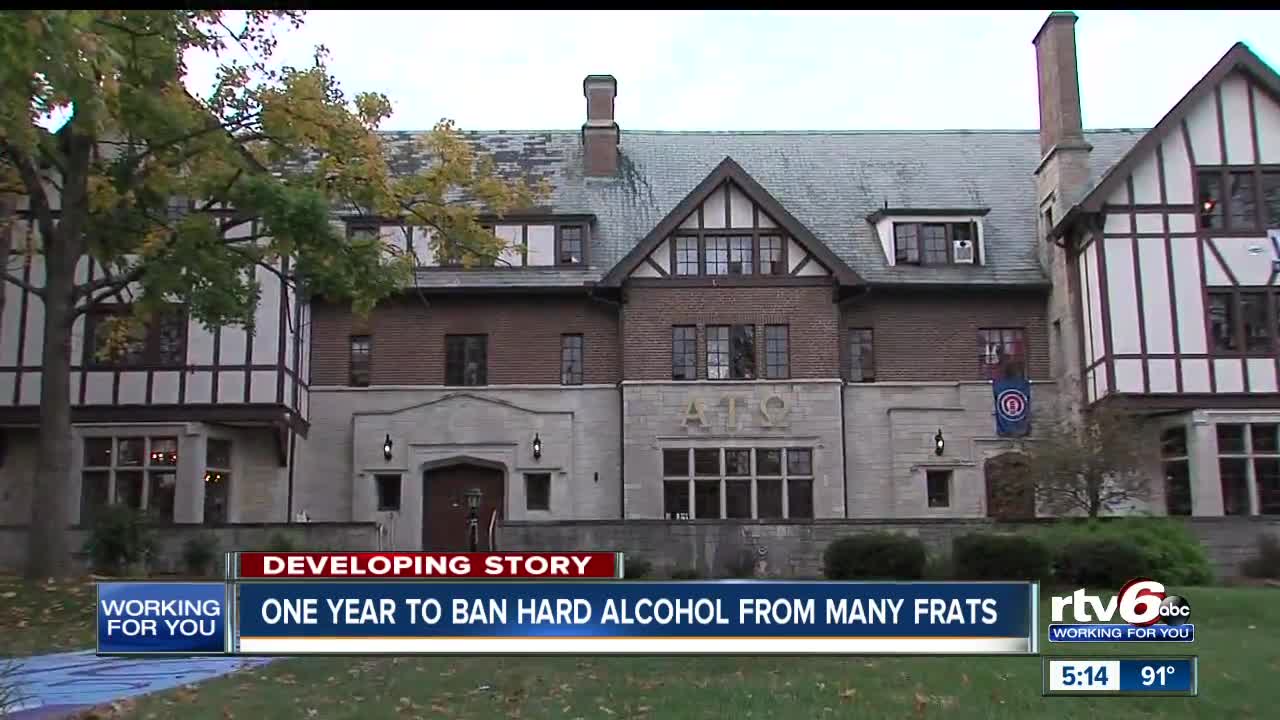 INDIANAPOLIS (AP) — A ban intending to clamp down on hard liquor at frat house parties following pledge deaths last year has been ordered for most fraternities in the United States and Canada, unless the drinks are served by someone with a liquor license.

All international and national fraternities of the North-American Interfraternity Conference have a year to prohibit drinks with an alcohol content of 15 percent or more from fraternity chapters and events, unless it is served by licensed third-party vendors, the group said Tuesday.

The rule was adopted Aug. 27 in a “near-unanimous vote” and must be implemented by Sept. 1, 2019, conference spokeswoman Heather Kirk said in an emailed release. The group has more than 6,100 chapters on 800 campuses.

“This action shows fraternities’ clear commitment and leadership to further their focus on the safety of members and all in our communities,” Horras said.

The Interfraternity Council at Purdue University in West Lafayette, Indiana, voted in February 2015 to ban hard liquor from fraternity properties and all chapter events.

Seth Gutwein, the current Purdue IFC president, said the result has been “a positive shift in our culture when it comes to the health and safety of our members and guests.”

“With all NIC fraternities implementing this critical change, it will provide strong support for fraternities to move as one to make campus communities safer,” Gutwein said in a NIC news release.

The NIC said the new rule follows the adoption of other alcohol-related initiatives in the past year, including a conference-wide adoption of good-Samaritan medical policies, piloting further measures to reduce alcohol, and advocating for stronger anti-hazing laws.

The Distilled Spirits Council issued a statement Wednesday attributed to its interim CEO, Clarkson Hine, commending the NIC for taking steps to address alcohol abuse among fraternity members but adding that such policies should treat all forms of alcohol equally.

“Such an approach sends a misleading message that some forms of alcohol are ‘softer’ than others, and undercuts equivalence information in the U.S. Dietary Guidelines, and the majority of college alcohol education materials, which teach students that 12 ounces of regular beer, 5 ounces of wine and a cocktail with 1.5 fluid ounces of distilled spirits each contains the same amount of alcohol,” Hine said.