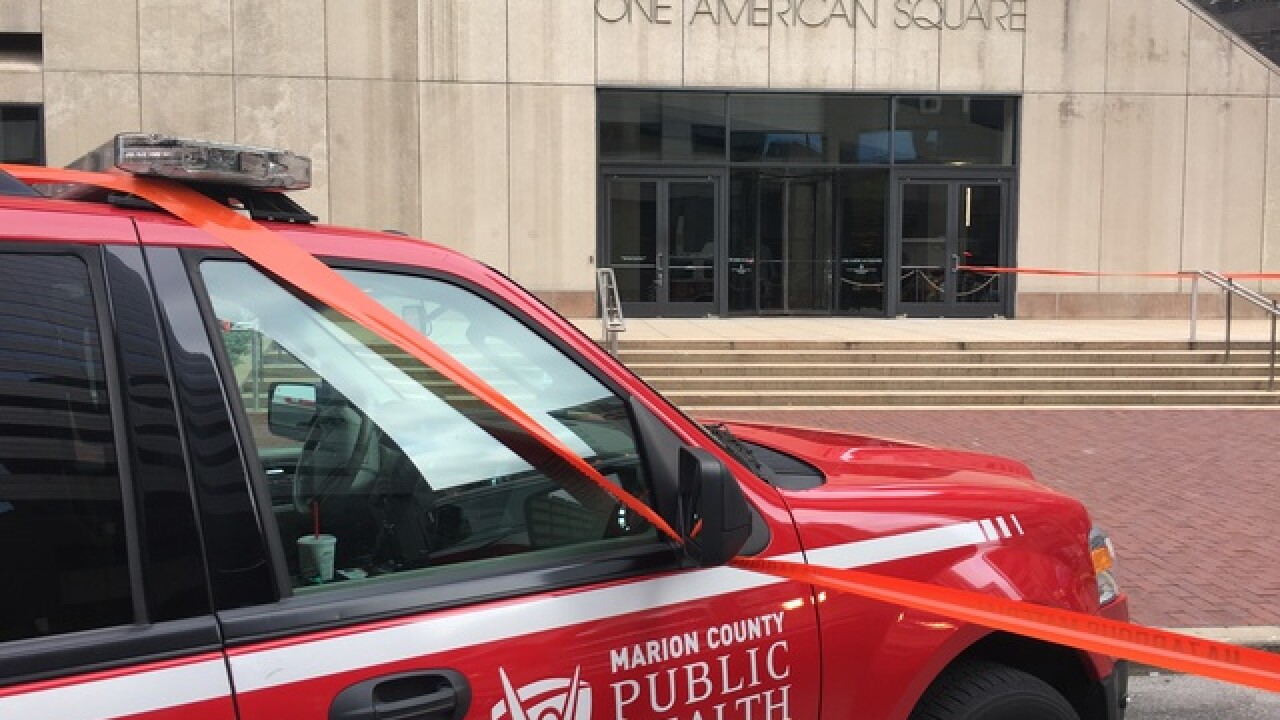 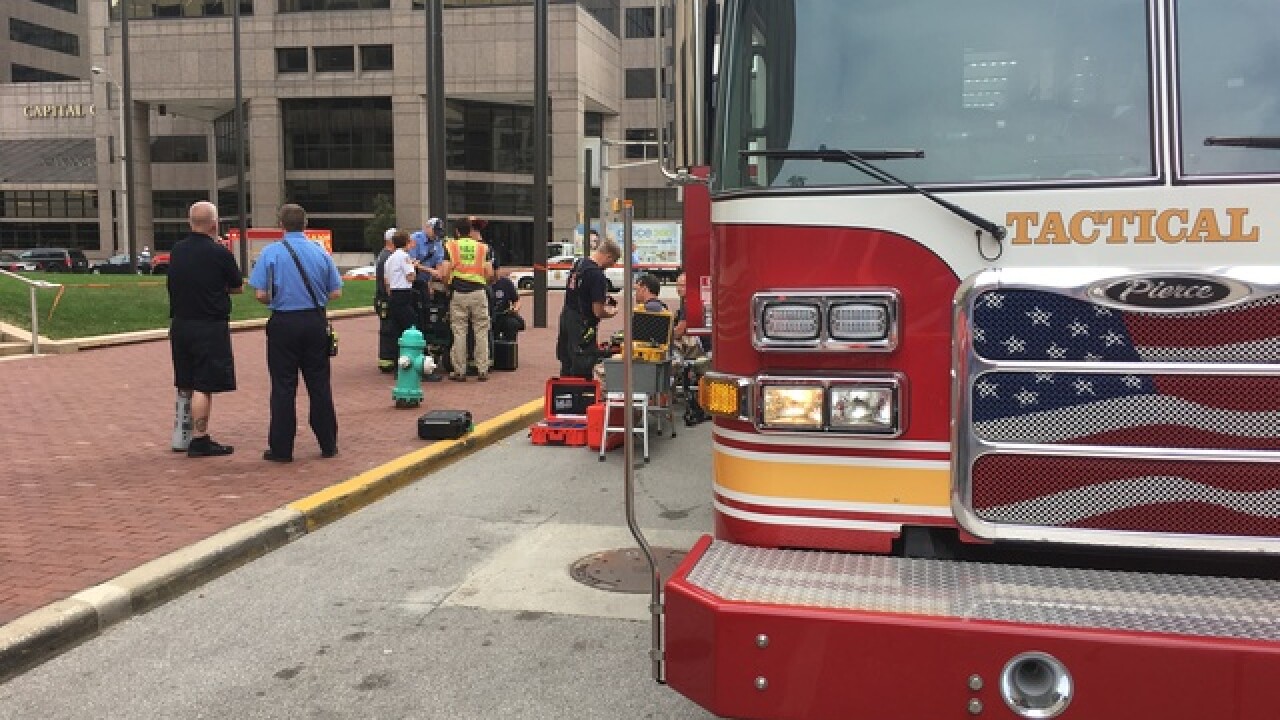 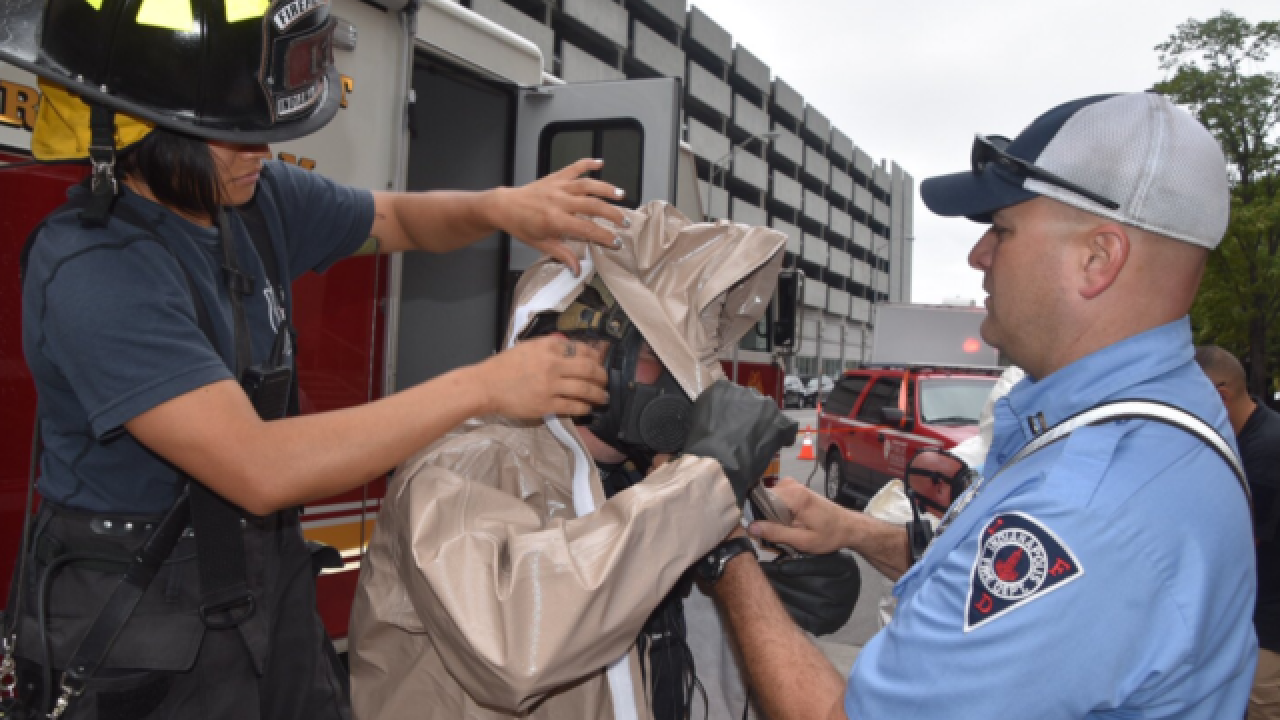 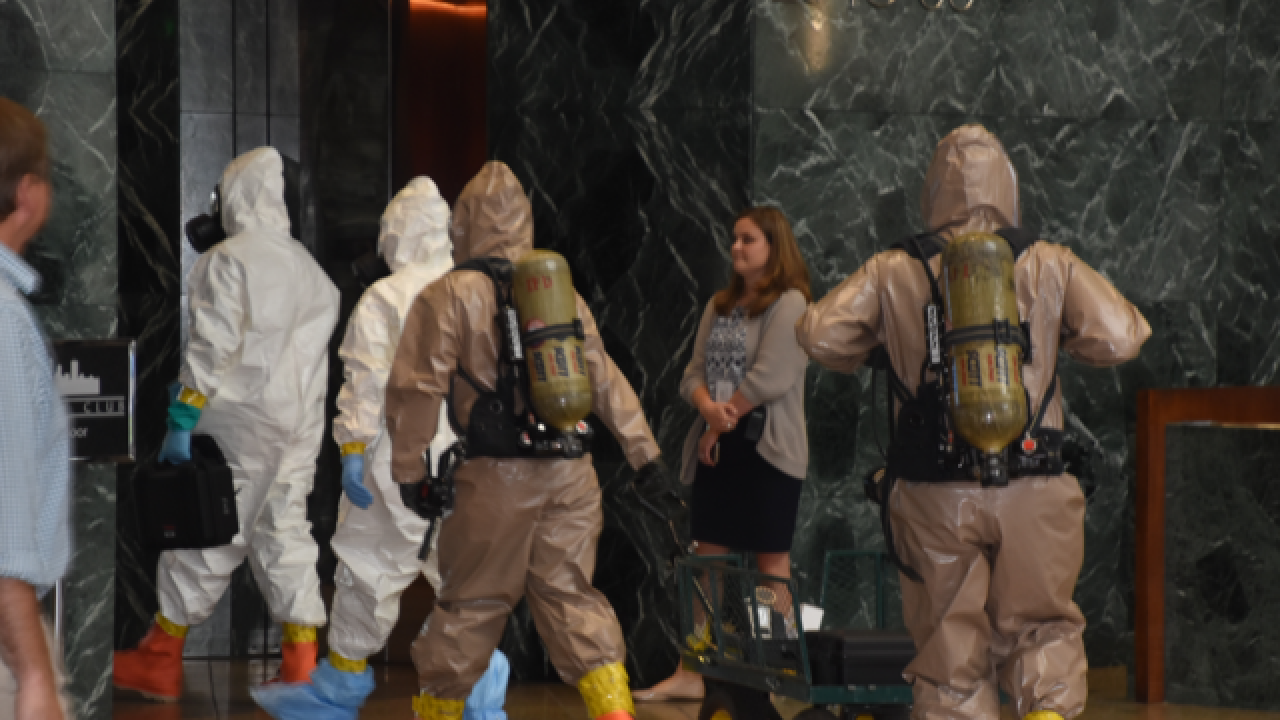 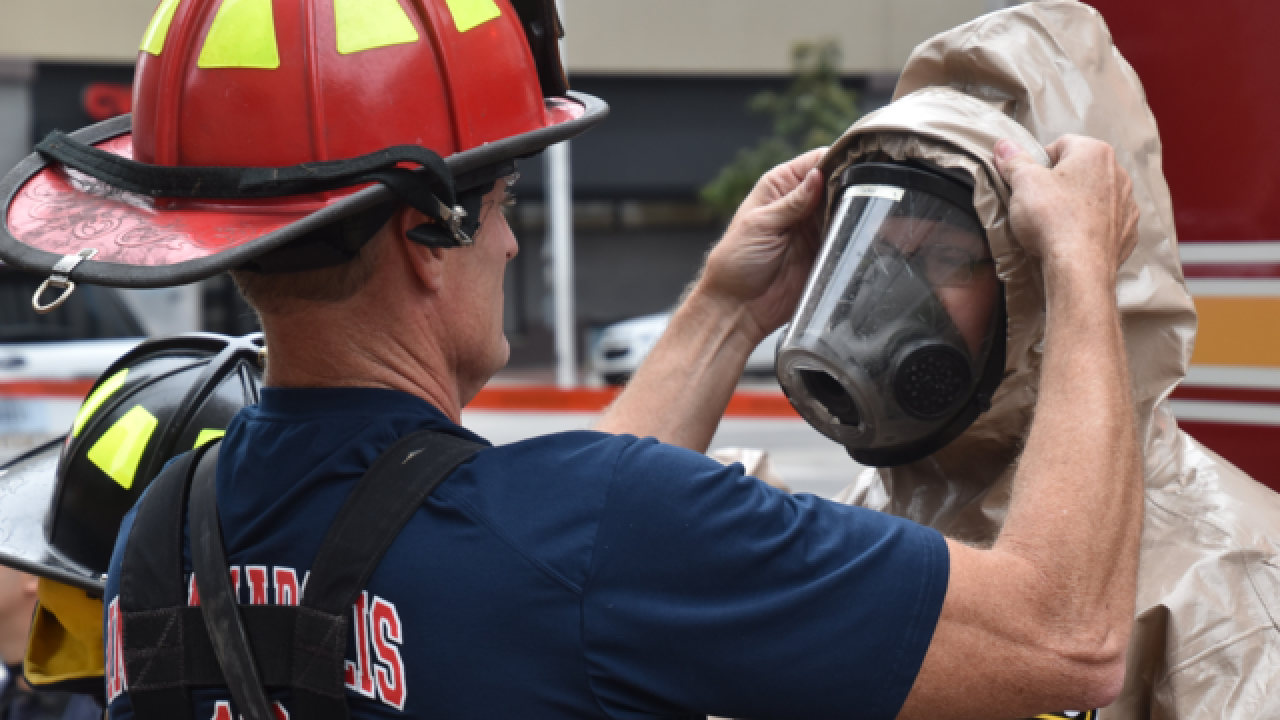 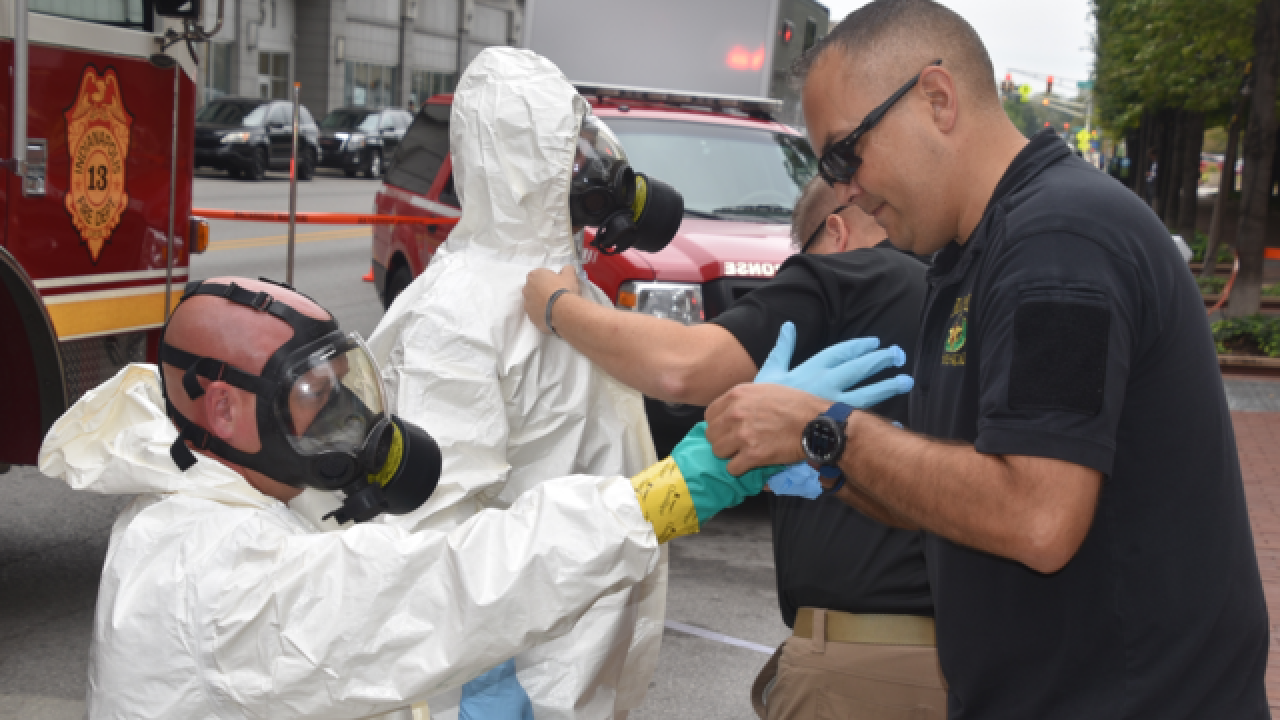 INDIANAPOLIS -- An envelope full of baking soda caused a full HazMat response at the OneAmerica Tower in downtown Indianapolis on Wednesday.

The Indianapolis Fire Department, health department and police were all called to the building shortly before 11:15 a.m. for a possible HazMat situation after an envelope filled with a "white powdery" substance was found in a mailroom

After clearing the building and using a variety of meters to test the powder, HazMat crews determined that the envelope contained baking soda.

No one was evacuated from the building and no credible threat was found.