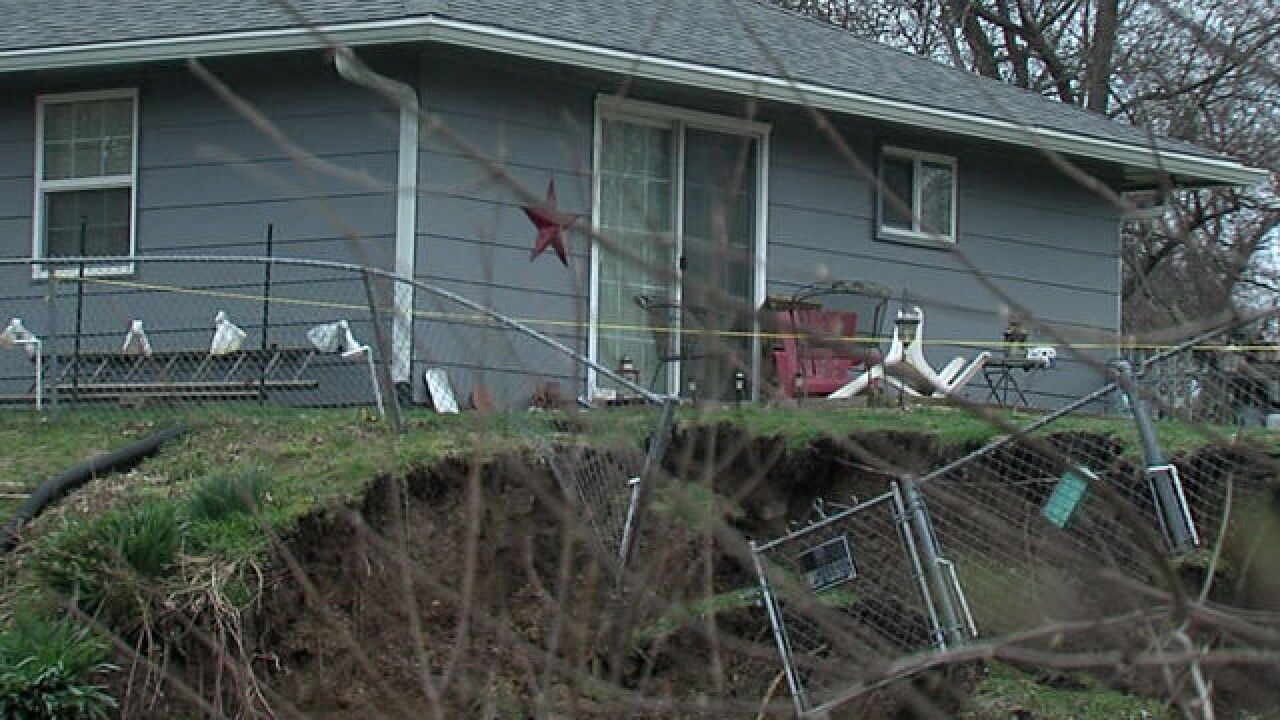 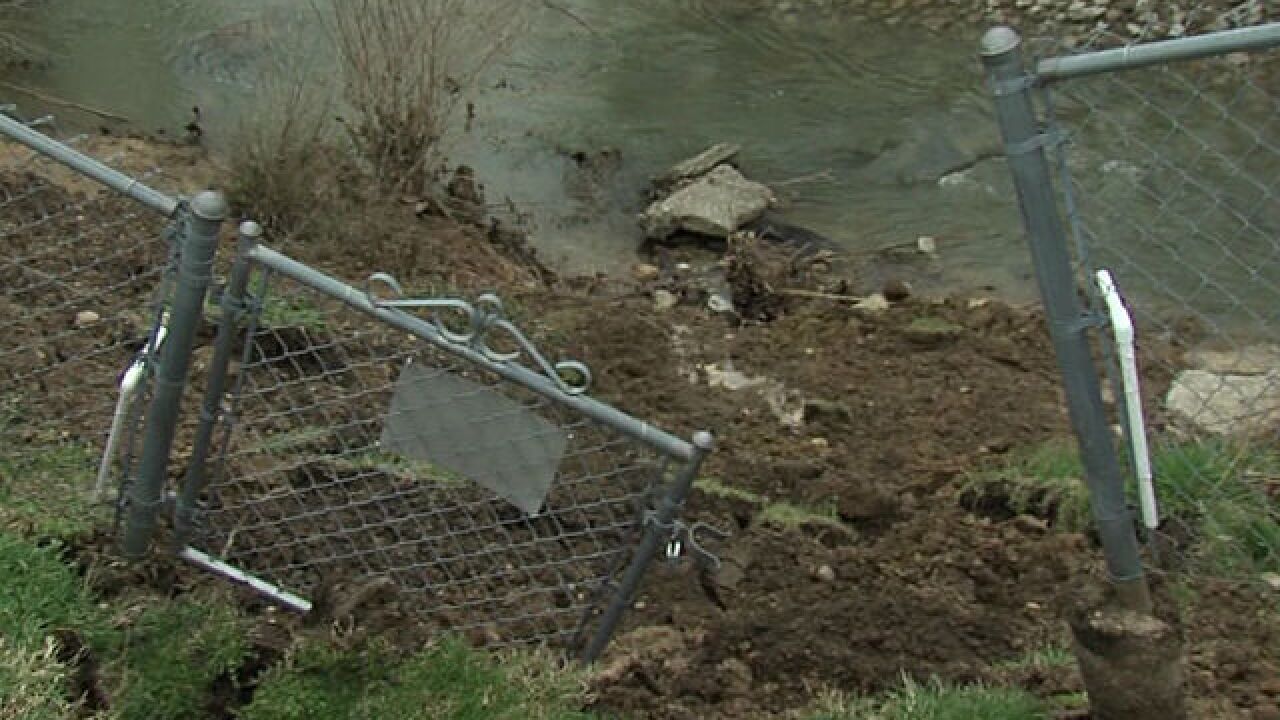 INDIANAPOLIS -- After the recent heavy rainfall an Indianapolis couple is concerned about their house, now sitting dangerously close to a creek bank.

For 54 years, Kenneth Warden and his wife lived in their house on Indianapolis' southwest side. The area around their house has grown and developed, and a drainage into a creek has increased.

Warden came home Tuesday to find their fence hanging over the edge.

"Our bank just disappeared yesterday with all the rain and flooding we had," he said.

Warden said he has been asking for help from every agency he can think of, including flood control, sewer maintenance, DPW, and the Mayor's Action Hotline.

In 2004, DPW built a rock ledge to replace previous bank stabilization that had been removed.

"It's still doing its job," Warden said. "It's just where they stopped and didn't finish the work."

A spokesperson for DPW said the work in 2004 was to protect a sewer utility line, not private property.

A power pole sits in his backyard. The concern is more erosion would loosen the bank it sits in, or bring down trees on top of the lines.

"If it continues, if the house starts sliding, it ain't gonna stop," Warden said. "I don't have a million dollar home, but I would like to protect what I do have."

In cases like this, where the erosion is on private property, it's up to the homeowner to fix the erosion mitigation. The Marion County Soil and Water Conservation District is a resource for people to get help. However, stream bank stabilization can be expensive -- between $200-$400 per foot.