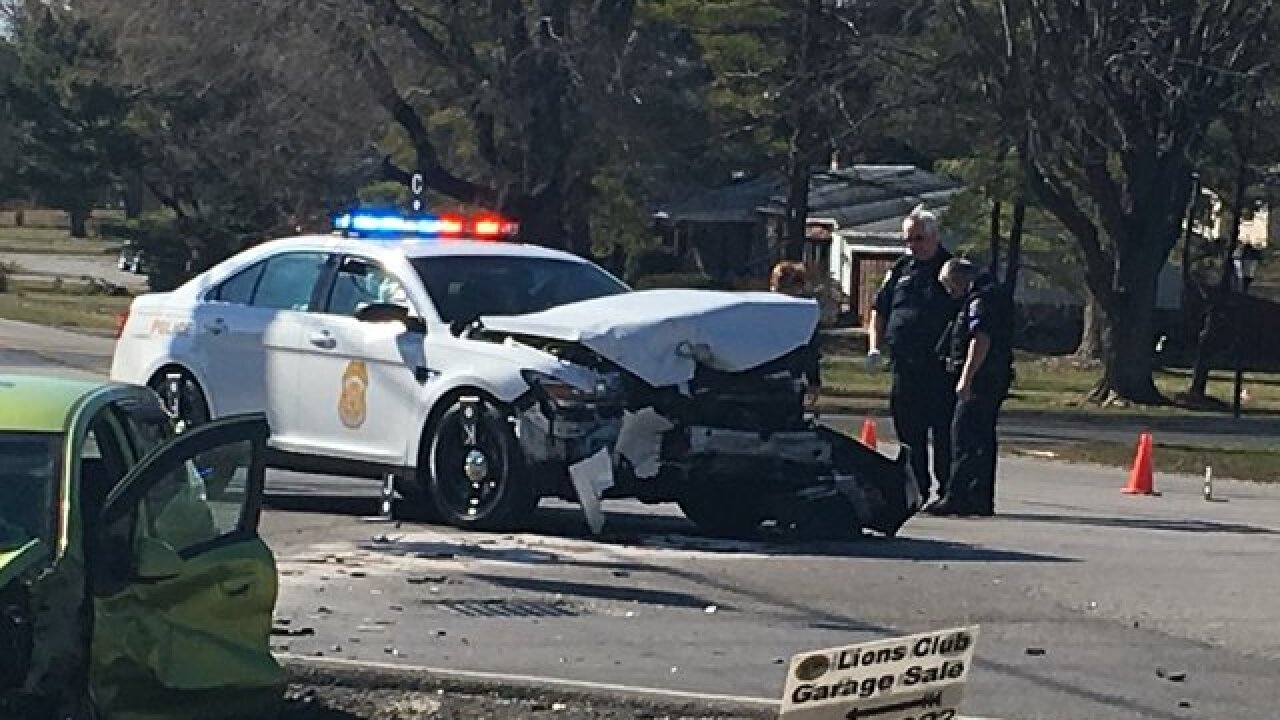 Copyright 2018 Scripps Media, Inc. All rights reserved. This material may not be published, broadcast, rewritten, or redistributed.
<p>IMPD patrol car and another vehicle in crash on Indianapolis' west side that sent an officer to the hospital</p> 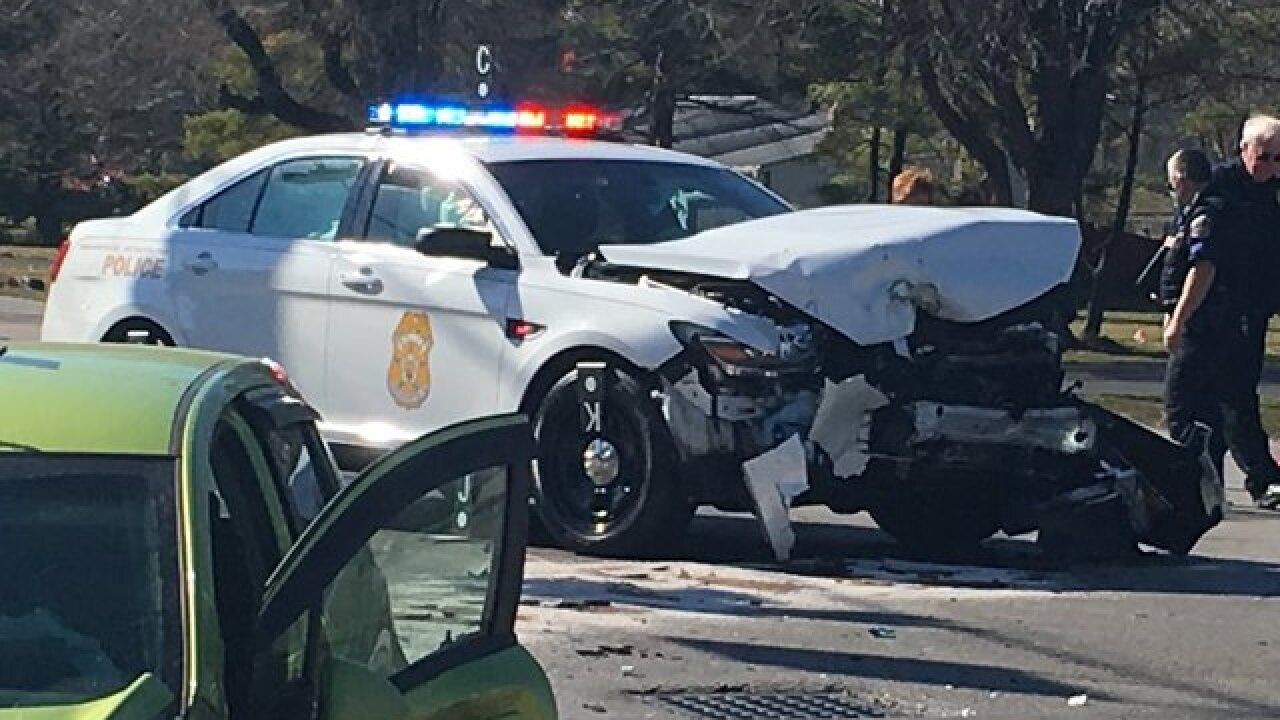 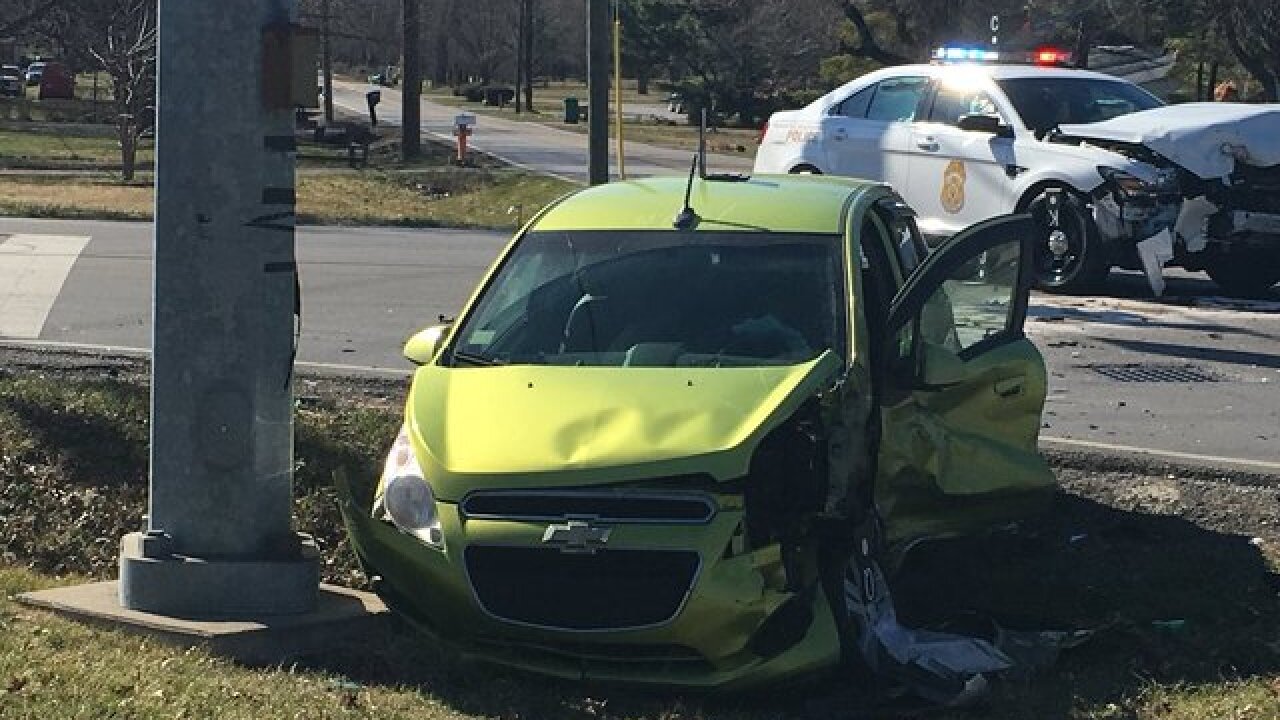 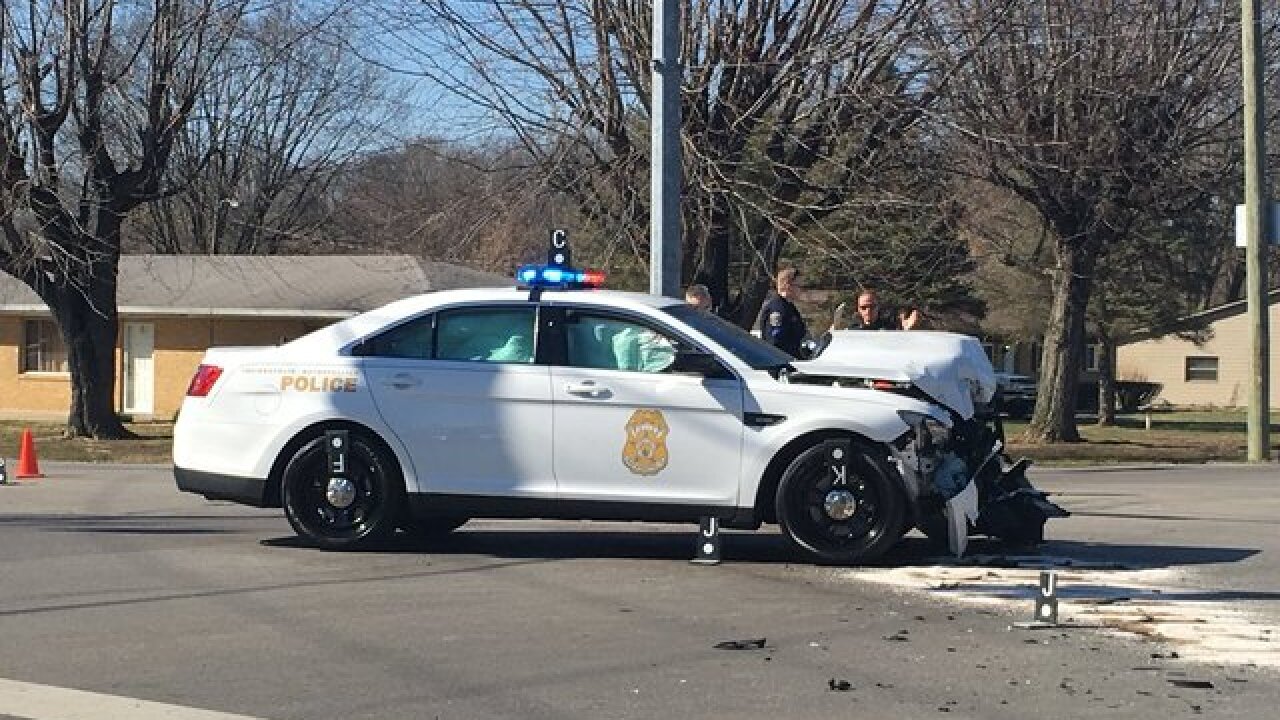 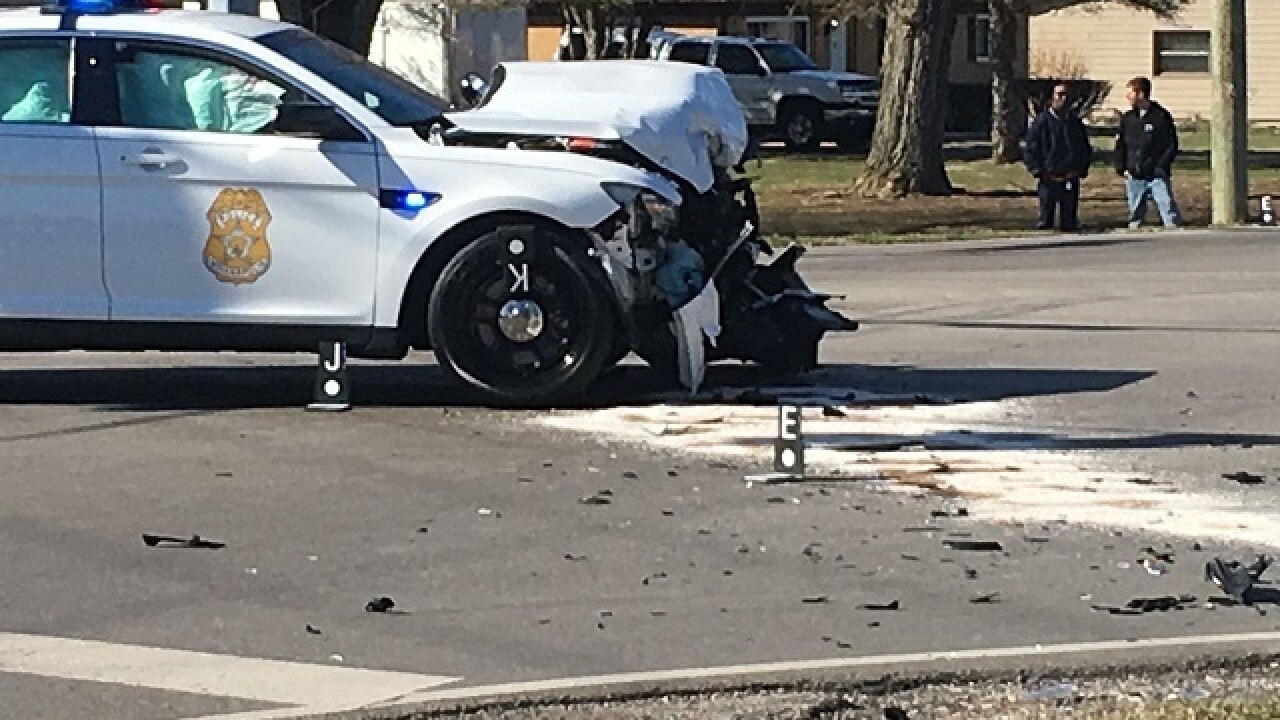 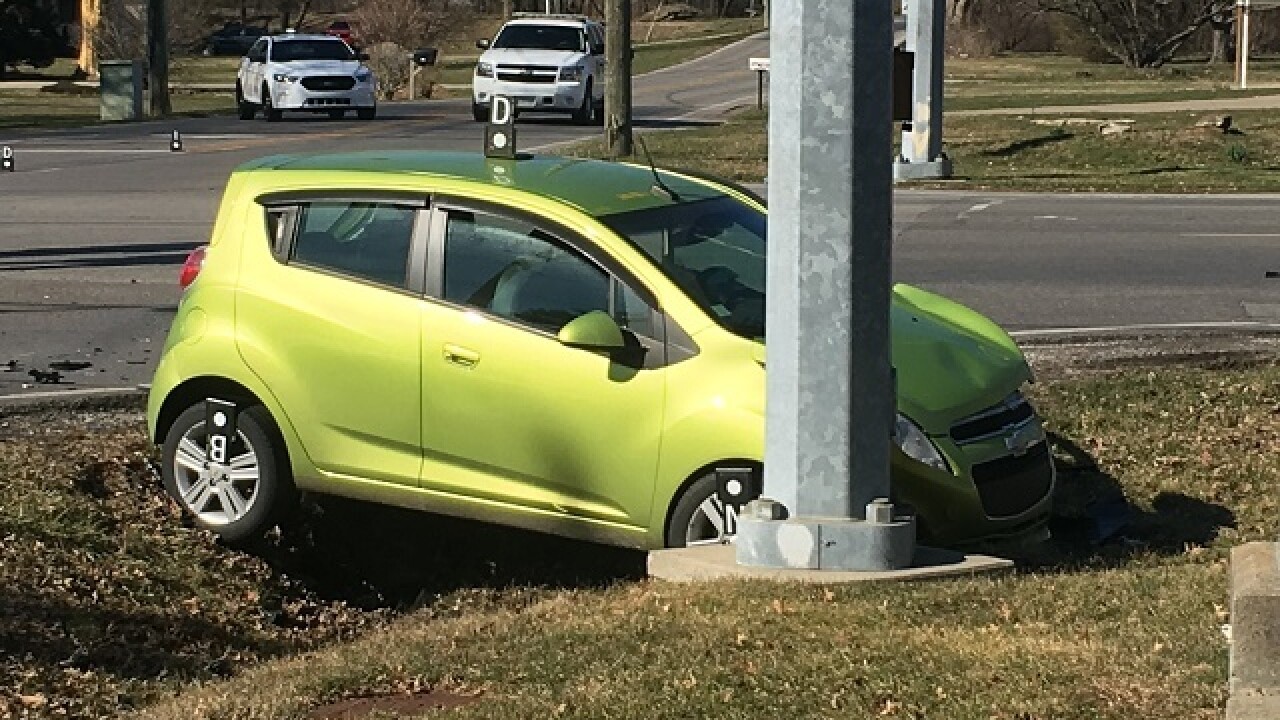 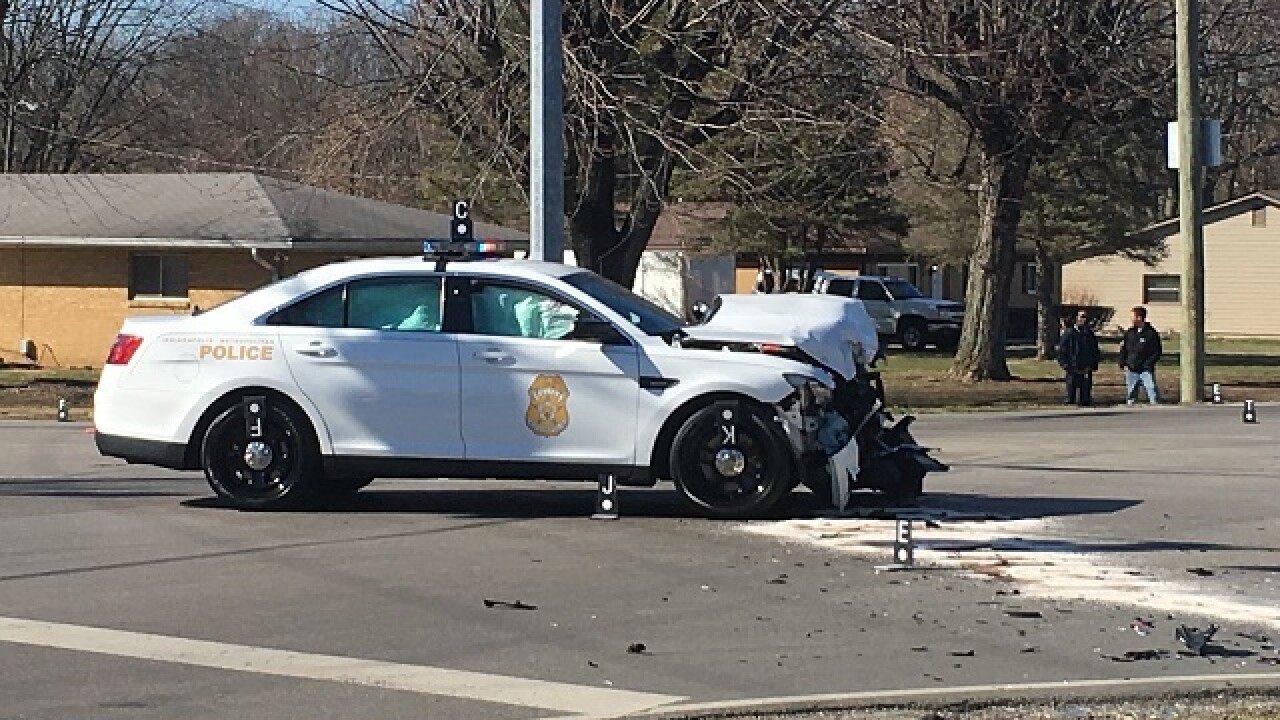 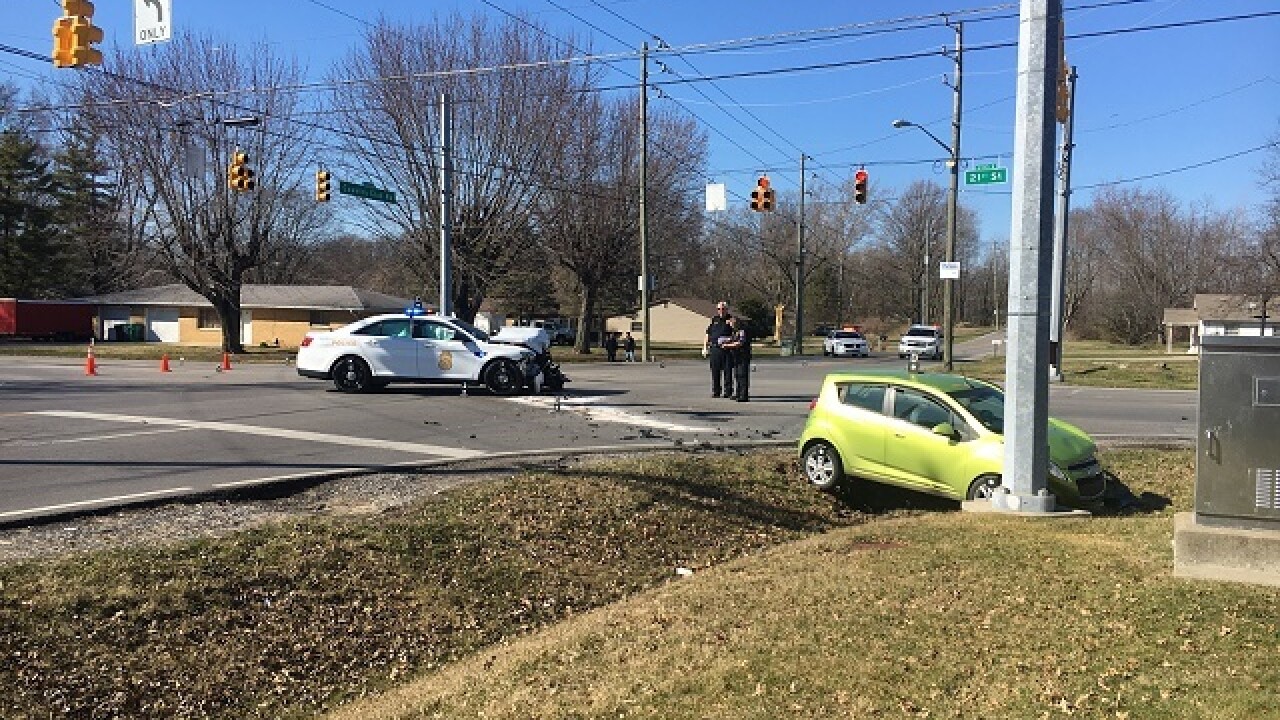 INDIANAPOLIS -- An officer with the Indianapolis Metropolitan Police Department was involved in a serious two-vehicle crash Thursday afternoon on the city's west side.

The accident between a patrol car and another vehicle happened around 3:20 p.m. at W. 21st Street and Country Club Road.

Police say the officer and the driver of the other vehicle were unresponsive when they arrived on the scene.

Both the officer and the driver of the other car were taken to Methodist Hospital.

The officer is said to be stable but in guarded condition. She is with IMPD's Northwest District and has been with the department since 1999.

The other driver's dog was killed as a result of the collision.