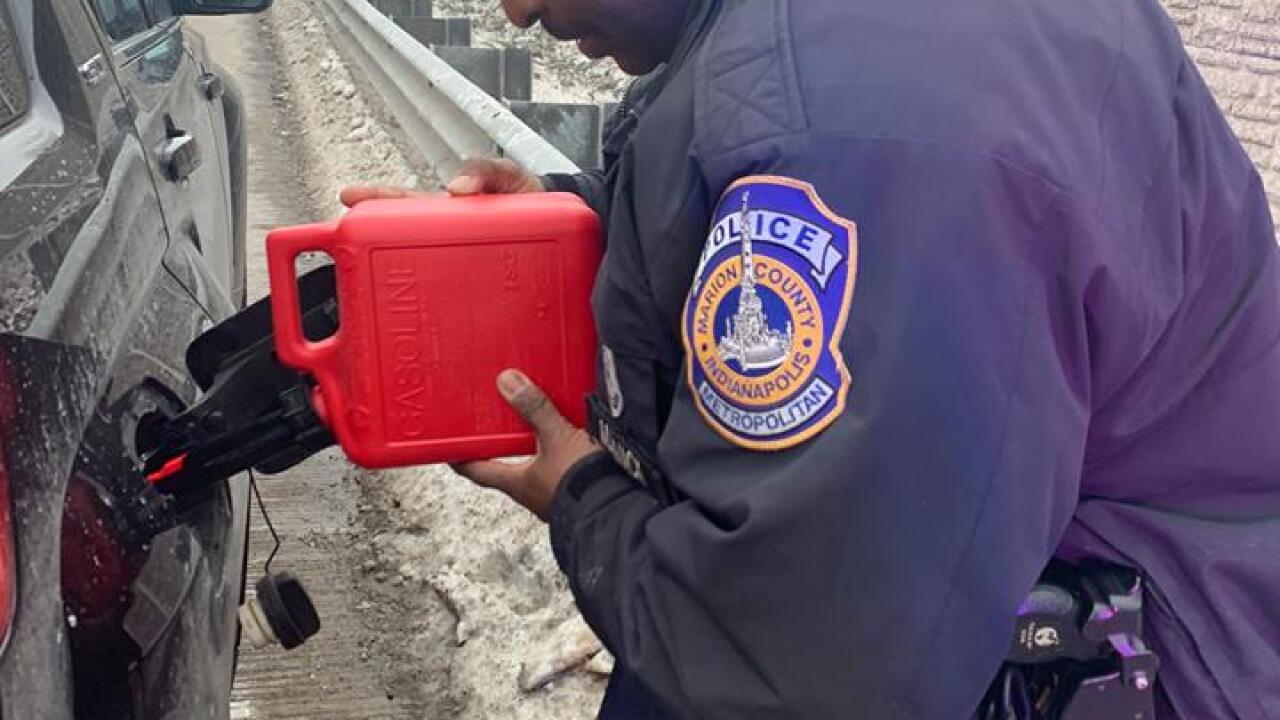 IMPD officer, Michael Mack, pulled over to aide an Indianapolis woman stranded on I-465, with no gas. The officer pushed her car to the shoulder, took her to the nearest gas station and put the gas in her car.

Kyleigh Ingalls shared her appreciation for the officer helping her in a time of need on Facebook. The post took off, and Officer Mack went viral.

"I had no idea the post would get the attention that it did! Truly unbelievable," Ingalls said. "But so happy that a happy story involving an officer went viral."

Officer Mack was about five to seven cars behind Ingalls when she ran out of gas - half in the exit lane, half on the shoulder.

"He pushed me to the shoulder and then we went to the gas station, right off the Pendleton Pike exit," Ingalls said.

Ingalls is a social worker, and says that she understands needing to have love for this type of work - that people like Officer Mack don't do it for the money, but for the love of helping people.

"It's just really nice to see, that despite my poor judgment, in thinking I could make it 'one more mile' to that gas station," Ingalls said. "He was super helpful and didn't even think twice about lending a hand!"

Officer Mack has been with IMPD for 34 years, according to Ingalls, and just loves his job.