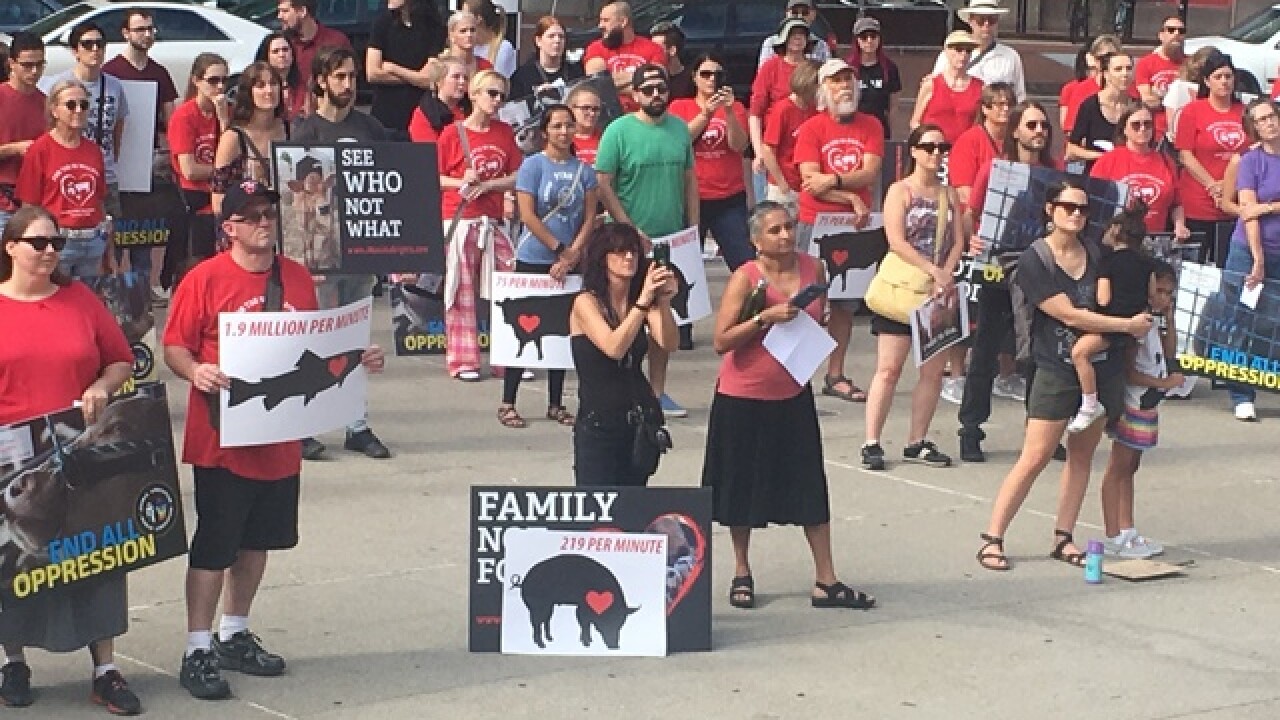 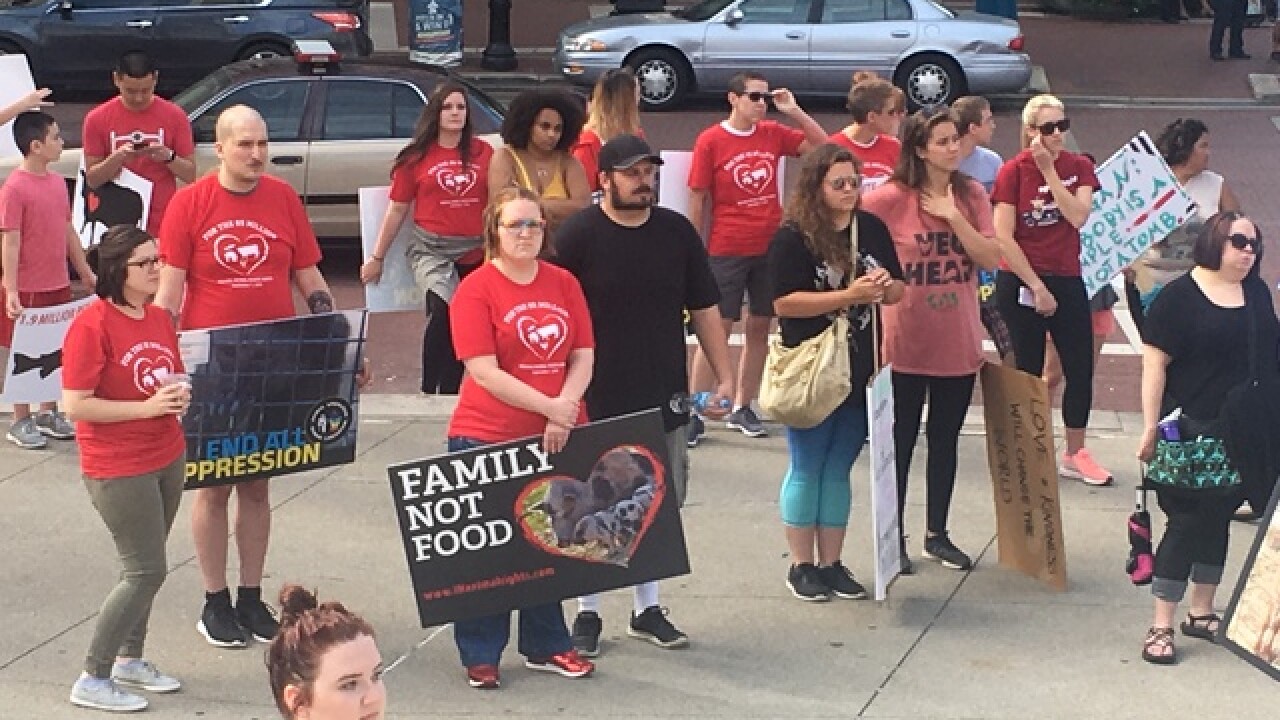 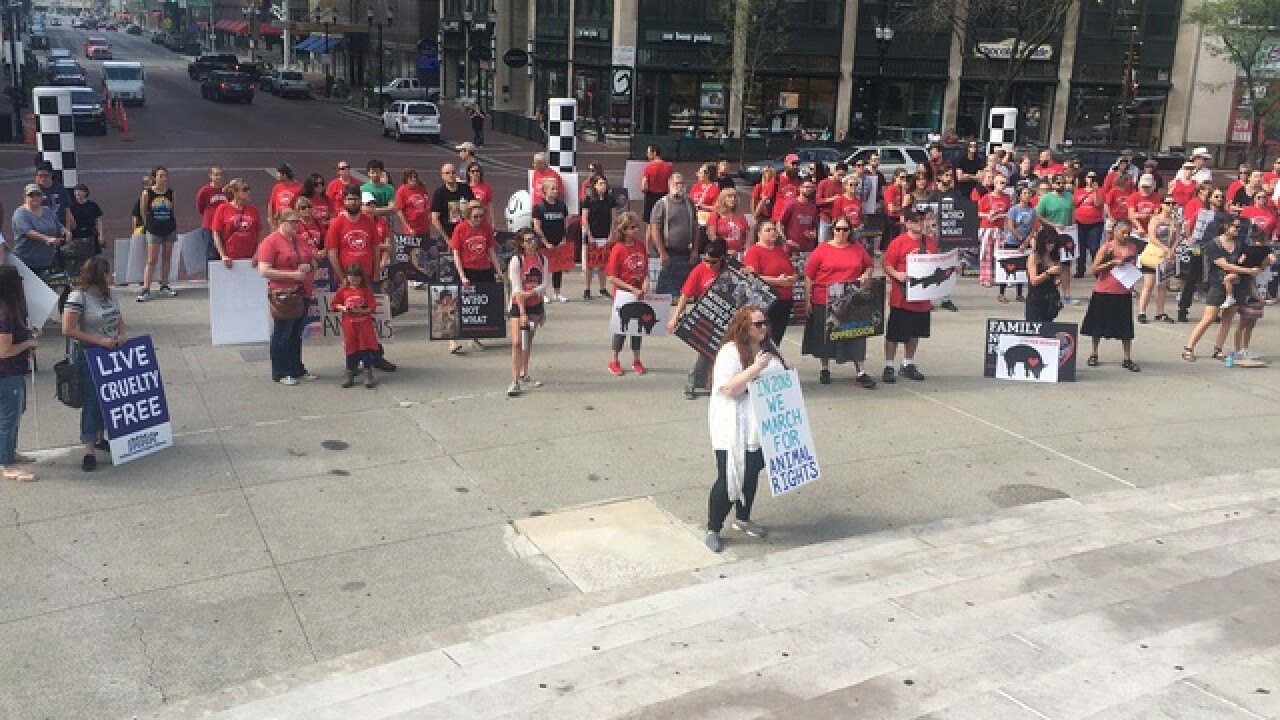 IARA wants to raise awareness on animal rights issues and empower Indiana residents "to make choices that will protect the interest and safety of animals."

The following speakers were at the event:

“Indiana is one of the biggest animal agriculture states, with over 92 million animals suffering on farms,” Joel Kerr, Executive Director of IARA said in a press release. “While that may be a sad fact, it also means we have an enormous responsibility and opportunity to bring about change for them. There are 13 farm animals for every 1 person living in this state.”

IARA hopes to make the march an annual event.