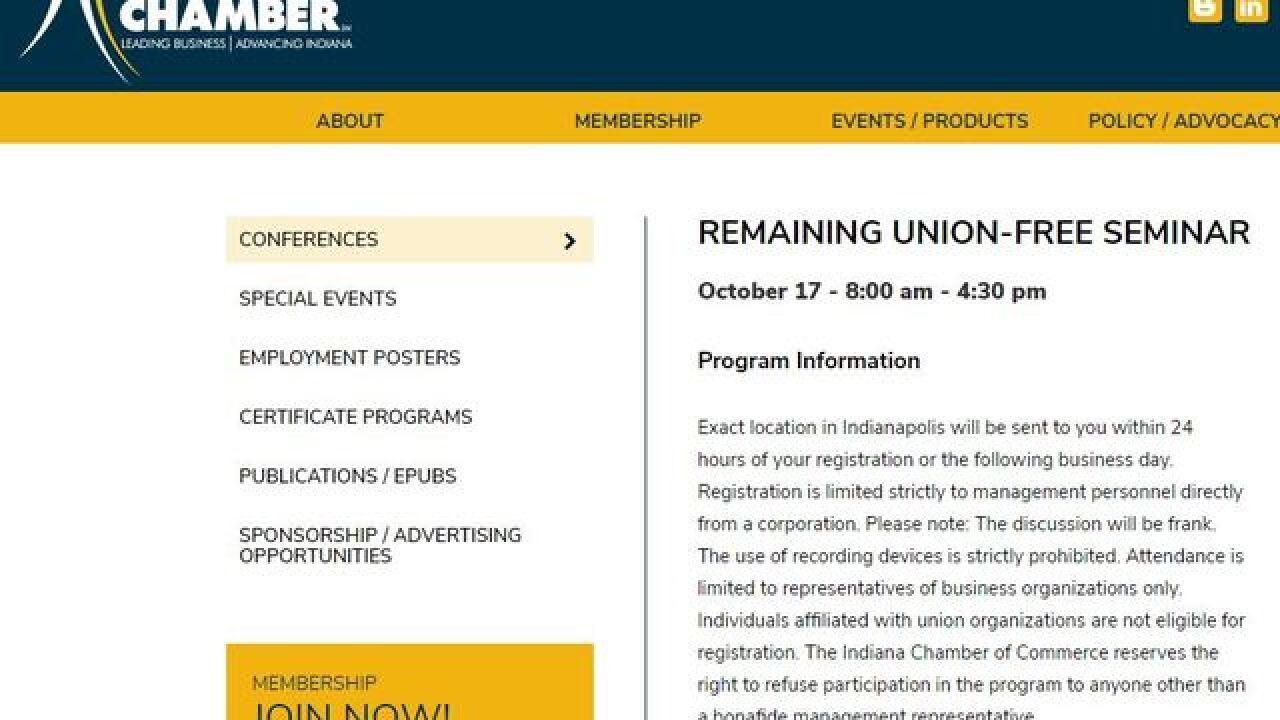 INDIANAPOLIS (AP) — The Indiana Chamber of Commerce is being tight-lipped about a planned seminar on how companies can avoid unions organizing their workforce because of the risk of disruptions during the event.

Chamber officials’ secretiveness about the “Remaining Union-Free” event in October includes not disclosing the location until 24 hours before the seminar begins, the Journal Gazette reported.

“A number of years ago, there were several instances in which there were disruptions to the program,” said chamber spokeswoman Rebecca Patrick, who added that the program has existed for more than 20 years. “We simply seek to avoid those.”

Union membership in Indiana has decreased from 12 percent in 2007 to 8.9 percent last year, according to the Bureau of Labor Statistics. Lawmakers during that time enacted a right-to-work law preventing unions from charging a representation fee to nonmembers who are covered by union contracts.

“That same inspiration for action is present in unions as they continue to look to grow in 2018,” the letter stated. “It is important to know their strategies and what signs to look for in your organization to keep unions from creating issues for you.”

Workers across the country are mobilizing to fight for dignity on the job, said Brett Voorhies, president of Indiana State AFL-CIO.

“We’re winning back power for working families, and corporations have taken notice,” he said. “This event is just another tactic to line rich CEOs’ pockets instead of giving hardworking Hoosiers their fair share.”