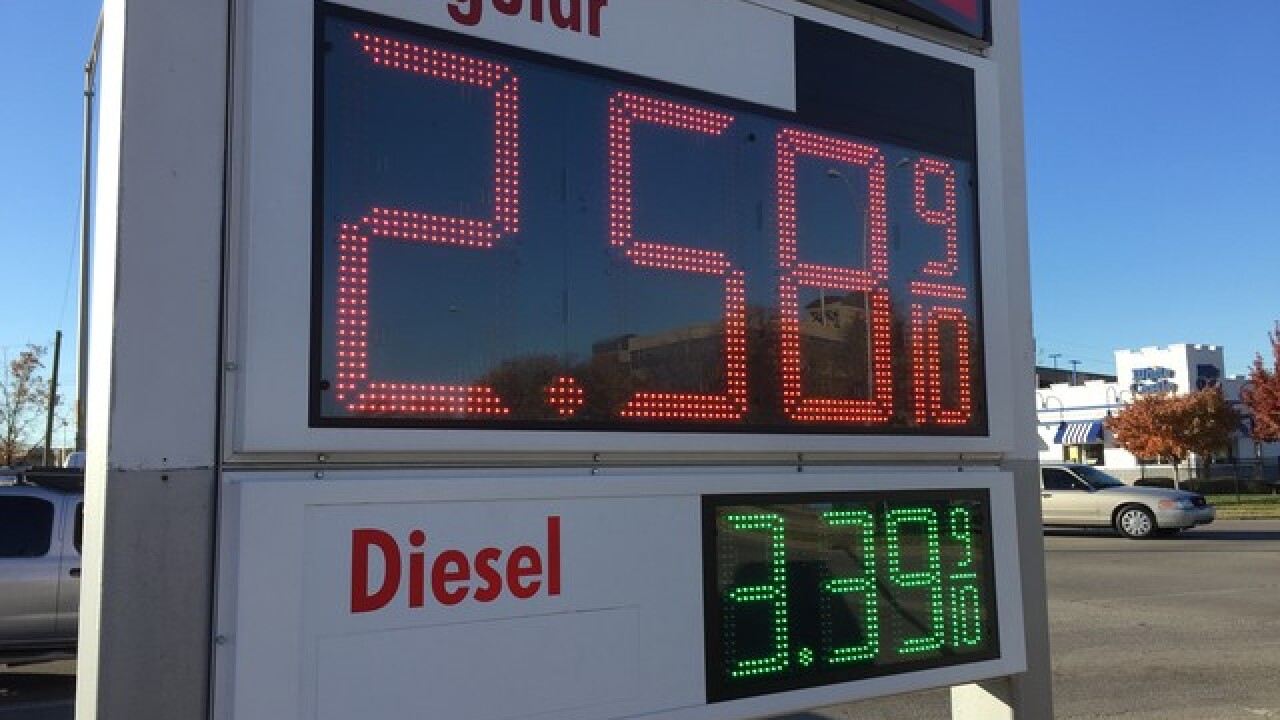 INDIANAPOLIS — Hoosiers are finding the lowest prices at the pump since April and AAA says statewide gas price averages have fallen for 13 consecutive days.

According to AAA, Indiana’s average price for unleaded gasoline is 34 cents less than it was a month ago and is at its lowest point since April 5.

Overall, Americans are paying an average of $2.745 per gallon for regular unleaded, which is 16 cents less than it was a month ago.

“Gasoline is becoming less expensive to produce and sell, thanks to lower crude prices and cheaper-to-produce winter blend fuel,” said Greg Seiter, public affairs manager for AAA Hoosier Motor Club. “Retail prices haven’t quite caught up with declines on the wholesale side so it’s possible that gas prices might fall back a little more before stabilizing.”

Motorists can find current national and state-by-state gas prices averages at gasprices.aaa.com  or through the free AAA Mobile app for iPhone, iPad and Android.