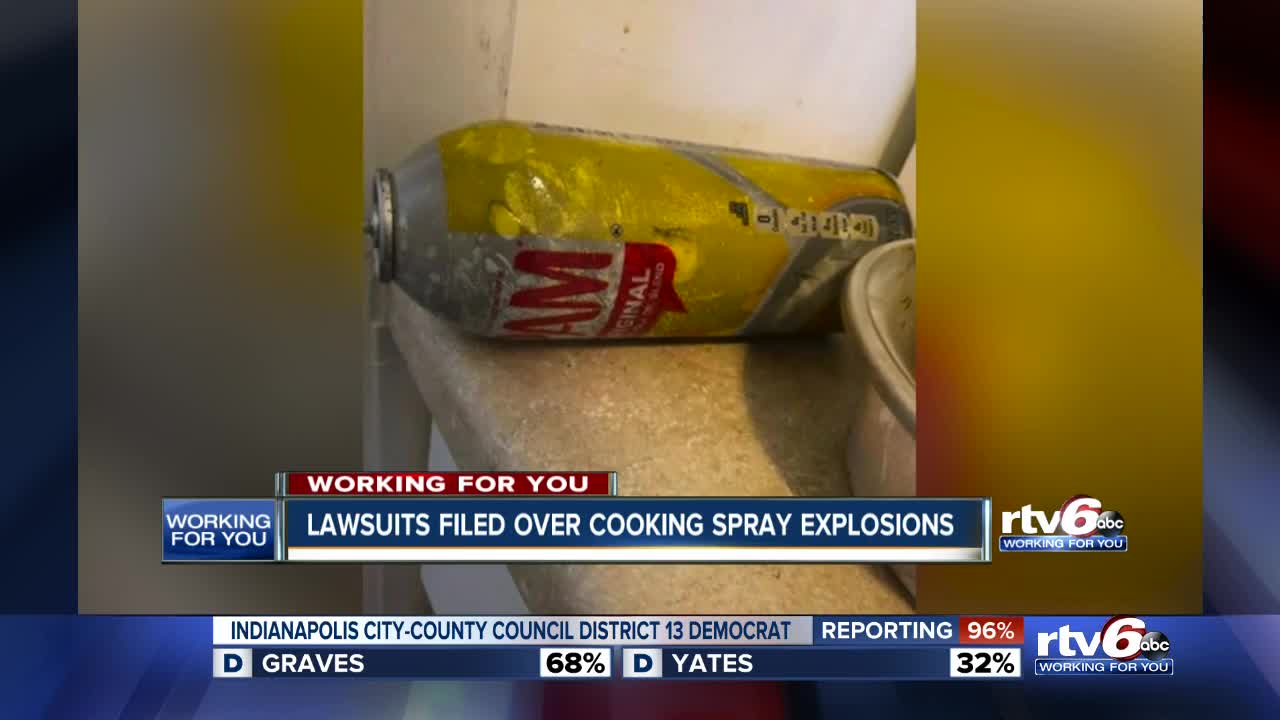 Six people are suing the maker of Pam and other cooking sprays after they were injured when the cans exploded or caught fire. 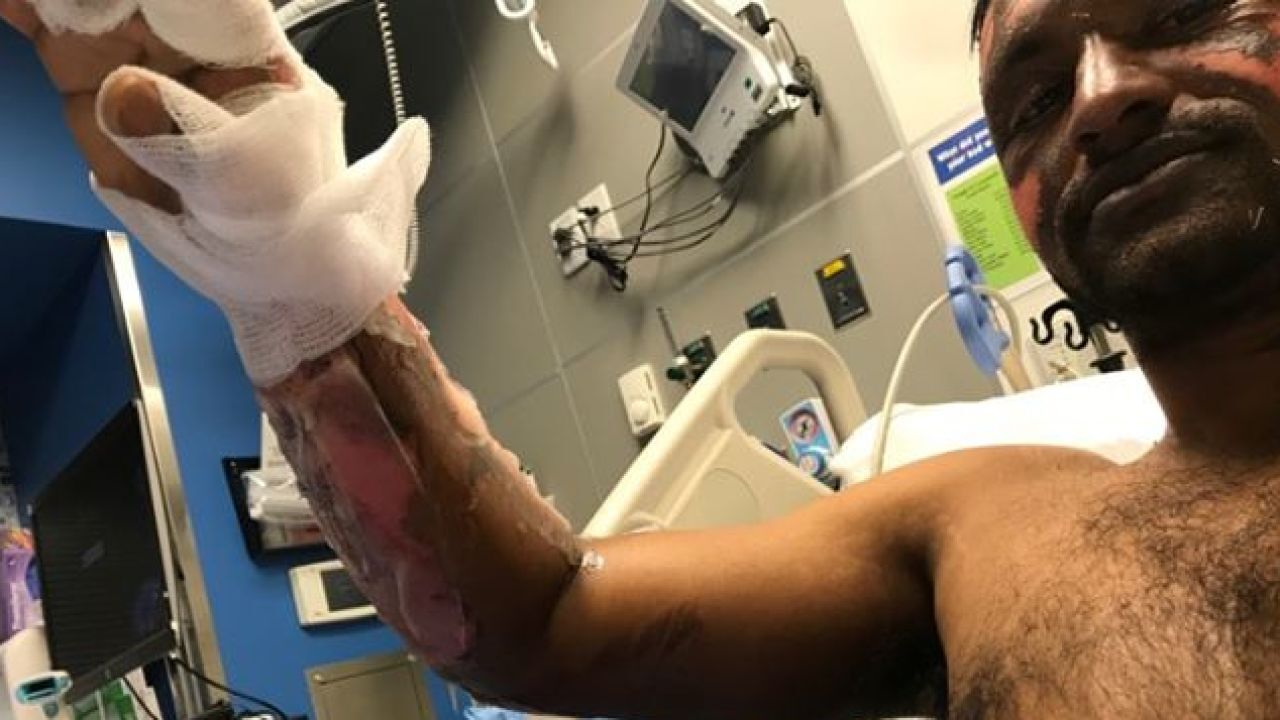 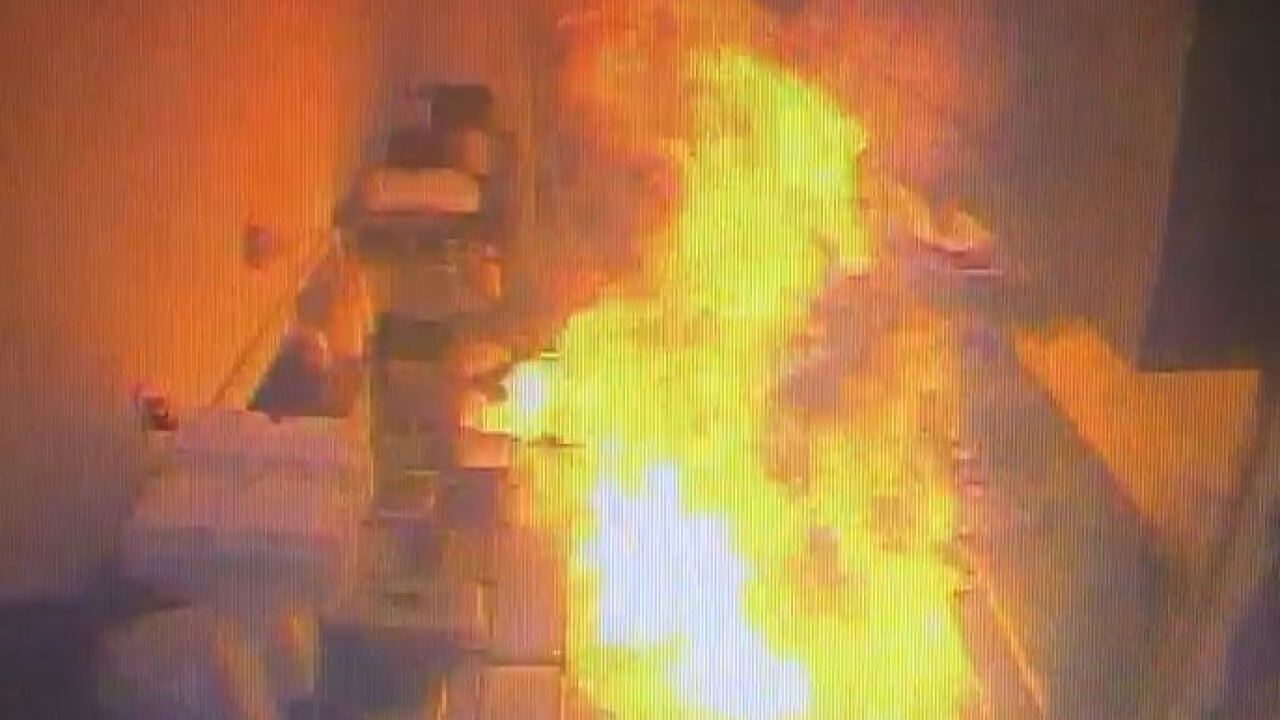 INDIANAPOLIS — An Indianapolis man is one of six people suing the company that manufactures PAM and other canned cooking sprays after being severely burned and injured when a can of the cooking spray exploded or caught fire.

The law firm representing the six individuals, Koskoff Koskoff and Bieder, issued a press release on Tuesday saying their lawsuit "aims to highlight the dangers of certain household cooking spray cans and Conagra's refusal to recall them."

Raveen Sugantheraj, a medical student in Indianapolis, was burned back in March.

His girlfriend, Rachel McCree, shared his story with RTV6 because Sugantheraj was still in the hospital having multiple surgeries at the time.

McCree said Sugantheraj had been cooking when a can of PAM cooking spray sitting near the stove top exploded, causing a fire. Once the couple put out the fire, they noticed Sugantheraj had been severely burned and he was taken to the hospital where he had to undergo multiple skin grafs and other surgeries from the burns on the upper part of his body.

"He's a full-time med student. He's educated. He's very smart... He had no idea — I had no idea," McRee said at the time. "We know to keep cooking oil away, especially not on the stove top, but we had placed it far enough to where we thought it was OK."

READ | Indiana man warns of dangers of cooking spray after can explodes, burning him

The law firm says their independent testing, over the course of several years, found a defect in the bottom of Conagra cooking spray cans that made them an extreme safety hazard. They claim Conagra has discontinued production of the new can design, but has refused to issue a recall for the already-shipped product.

“It is beyond irresponsible that, to increase profits, Conagra Brands made and sold cans of household cooking spray that are susceptible to explosion, choosing not to use the safer designs as it had for the last sixty years, and failed to warn consumers about the very serious risks,” J. Craig Smith of Koskoff Koskoff & Bieder, the law firm that represents the victims in each of the cases, said. “Perhaps more alarming is the fact that, to this day, Conagra apparently refuses to institute a nationwide recall to ensure that the defective cans sitting on store shelves right now are removed before someone else suffers permanent injury from an explosion. Each day that these cans remain on store shelves, Conagra’s negligence puts consumers in danger.”

The six different lawsuits against Conagra Brands Inc, were filed in Cook County Superior Court in Chicago, home of Conagra's headquarters. The lawsuits claim the company's product is dangerous and caused injuries to people in home kitchens and at least one restaurant.

All six of those incidents were detailed in the press release issued by Koskoff Koskoff and Bieder on Tuesday.

You can read those descriptions below.

Conagra issued a statement to RTV6 back in March saying, "Like other aerosols, PAM Cooking Sprays are flammable, and its contents are under pressure. All PAM Cooking Sprays include warnings on the front and back of the packaging warning consumers that the product is flammable."