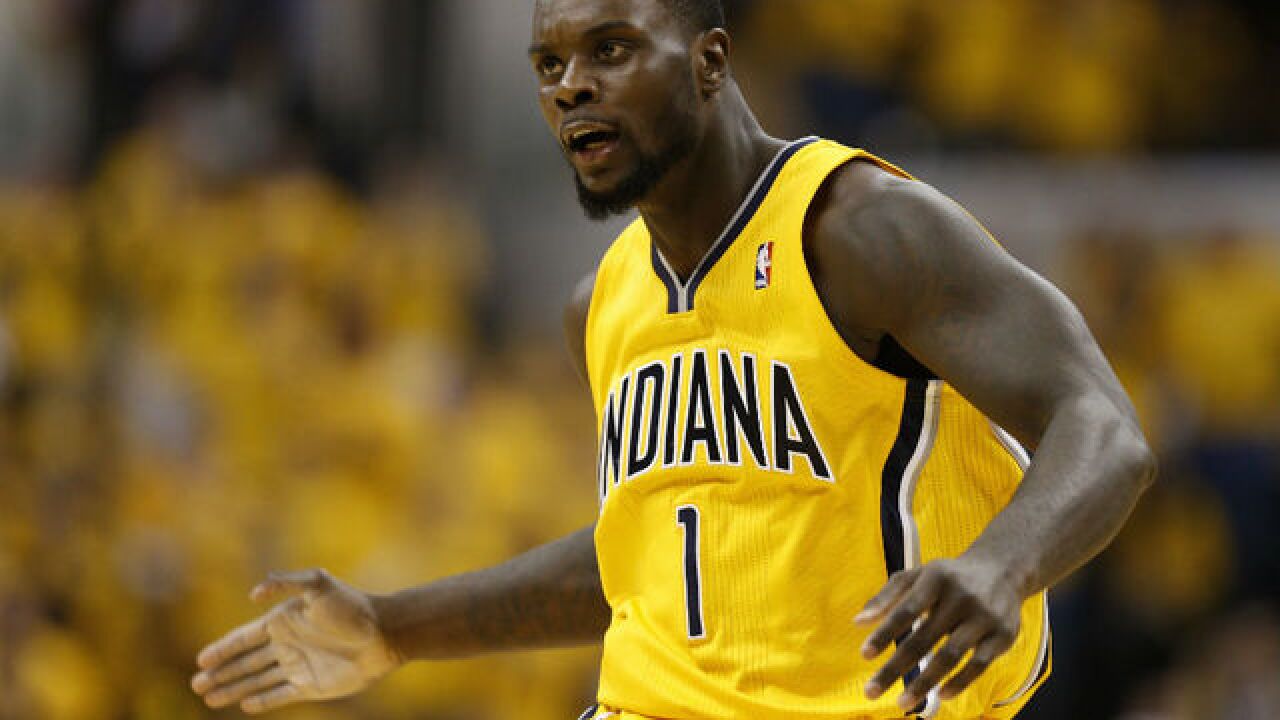 INDIANAPOLIS (AP) — The Indiana Pacers are parting ways with guard Lance Stephenson, the gritty veteran who brought energy off the bench in last season’s surprising run to the playoffs.

The team will not pick up the team option next season, Pacers President of Basketball Operations Kevin Pritchard said Monday.

“This was a very difficult decision, but as free agency begins on July 1, we want to have flexibility so that we can prepare for all of our available options,” he said.

A year ago, Pritchard decided to trade star Paul George before almost surely losing him in free agency and got Victor Oladipo and Domantas Sabonis from Oklahoma City in a deal that turned out remarkably well for Indiana.

Oladipo emerged as a leader, earned his first All-Star trip and won the league’s steals title. Sabonis, a lottery pick in 2016, became a key contributor off the bench. Point guard Darren Collison was the NBA’s most accurate 3-point shooter, and Thaddeus Young and Bojan Bogdanovic thrived in their roles, too. Myles Turner, Indiana’s 22-year-old center, was one of the league’s leaders in blocks.

Four of the starting five and Sabonis are already under contract for next season, with Young being the lone exception. He and backup point guard Cory Joseph have player options.

Stephenson brought grit off the bench for a team that won 48 games, fell just short of finishing in the top four in the Eastern Conference and was within four points late in a first-round, Game 7 loss to Cleveland. Stephenson, an eight-year veteran, finished the season averaging 9.2 points, 5.2 rebounds and 2.9 assists per game.

The decision was no doubt wrenching for a team that bonded in finishing strong: Six players approached Pritchard before the trade deadline and pleaded with the GM not to make any moves because they wanted to close out the season together. Pritchard said it a first for him, and kept the team intact.