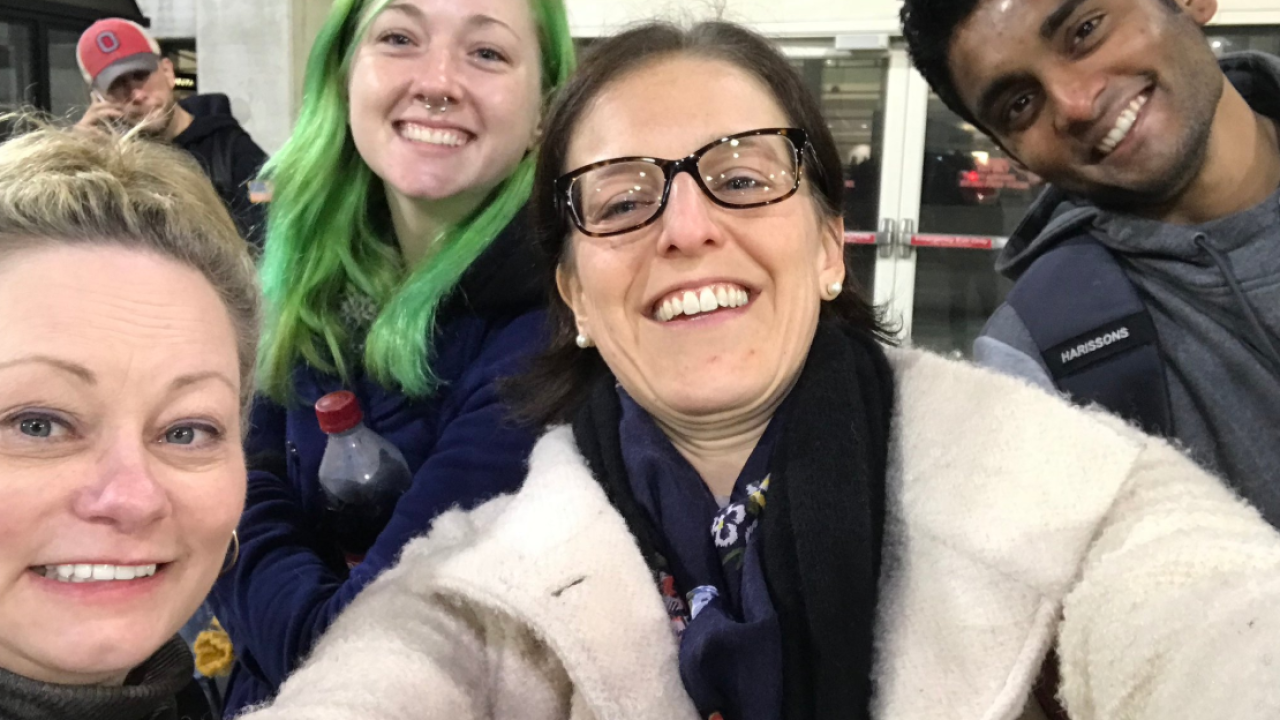 INDIANAPOLIS — An Indianapolis trauma surgeon's flight home was canceled last Friday because of the storm due to hit central Indiana.

Dr. Jennifer Hartwell was determined to make it home before the storm hit, so she took matters into her own hands. She rented a car and asked the Delta flight attendant if there was anyone else traveling to Indianapolis and wanted to join her.

On the way home from #EAST2019, saw flight from DTW to IND cancelled, awesome @Delta attendant connected me to these other folks in-flight, we rented car, drove thru the night...home. Capped off an incredible @EAST_TRAUMA meeting with #adventure #connectedness pic.twitter.com/eCrMH0WGl9

One passenger who joined Dr. Hartwell and two others, would've missed a memorial service the next morning if she had waited for the delayed flight.

"We just had a good time chatting," Dr. Hartwell said. "It was nice to have somebody to chat with on the way home. It was about a four hour drive and fortunately we stayed ahead of all of the weather."