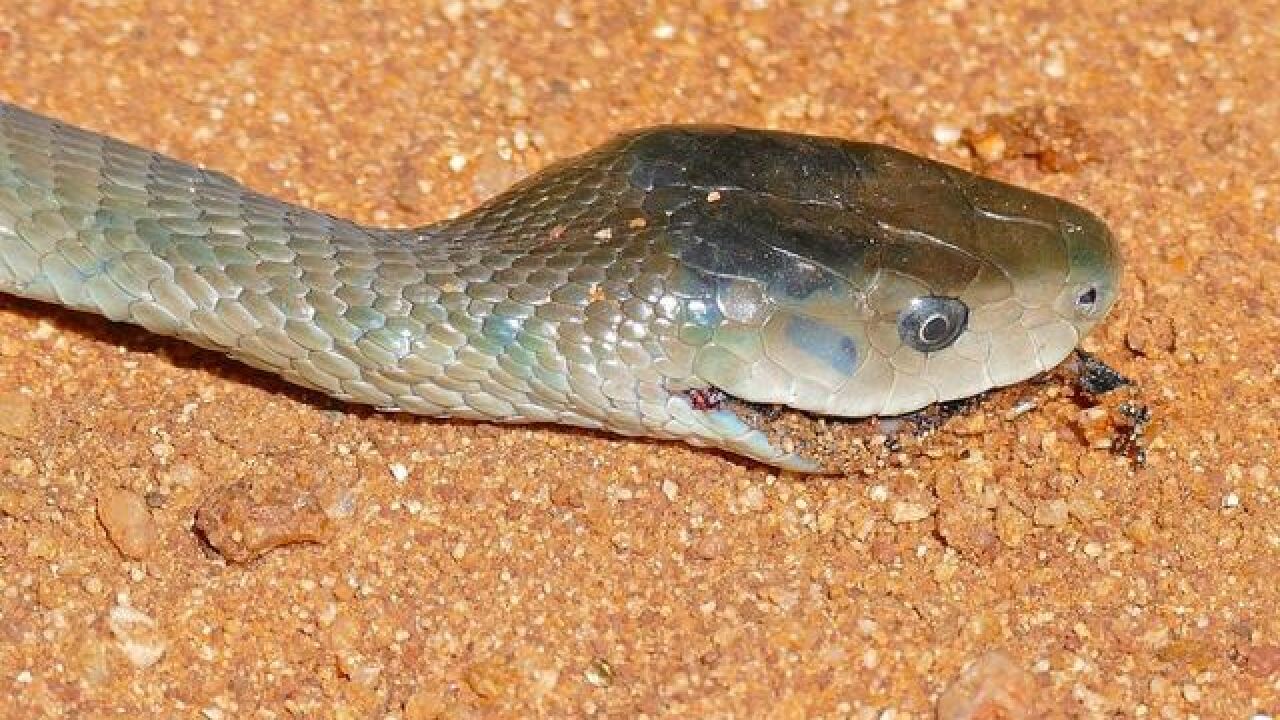 Copyright 2018 Scripps Media, Inc. All rights reserved. This material may not be published, broadcast, rewritten, or redistributed.
Flikr: Bernard Dupont

INDIANAPOLIS (AP) — An African snake that’s considered one of the world’s deadliest snakes will be slithering into the Indianapolis Zoo next year.

The zoo just west of downtown Indianapolis will add a black mamba and other exotic snakes to a new snake exhibit set to open at its Deserts Dome on Memorial Day weekend 2019.

The black mamba is brownish but it gets its name from the bluish-black shade inside its mouth, which it opens widely when it feels threatened. They’re native to the savannas of Africa.