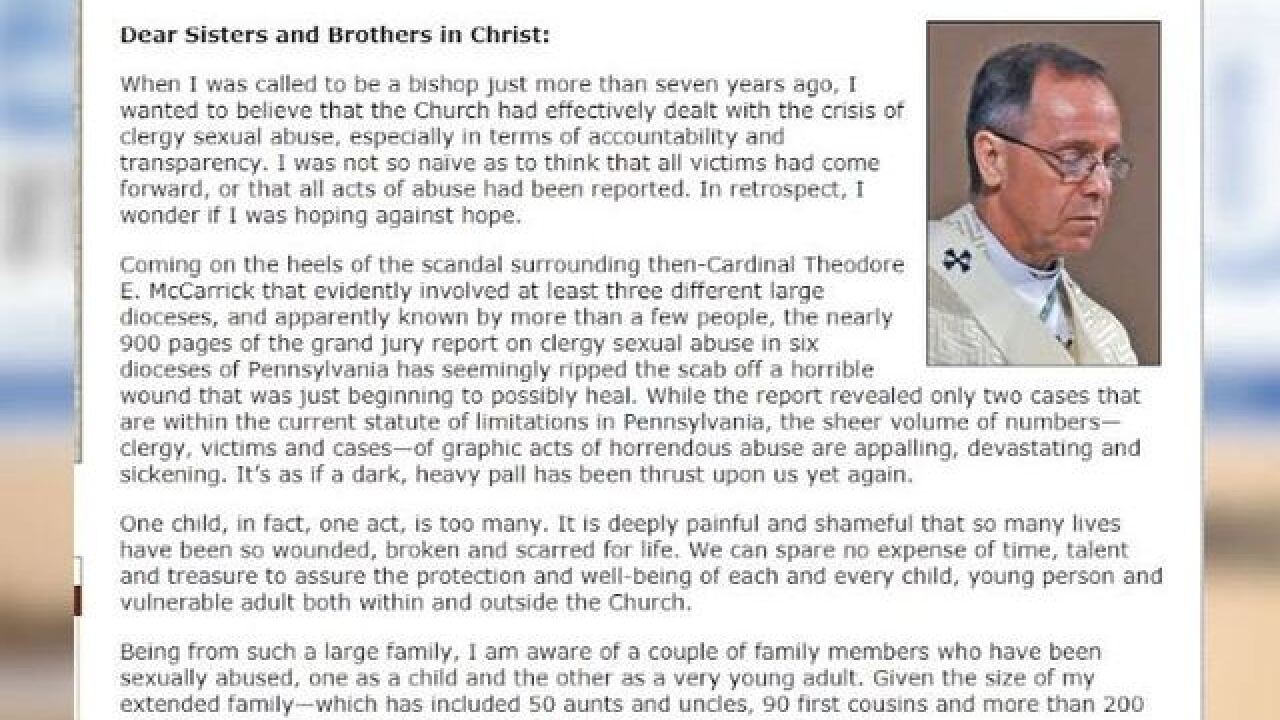 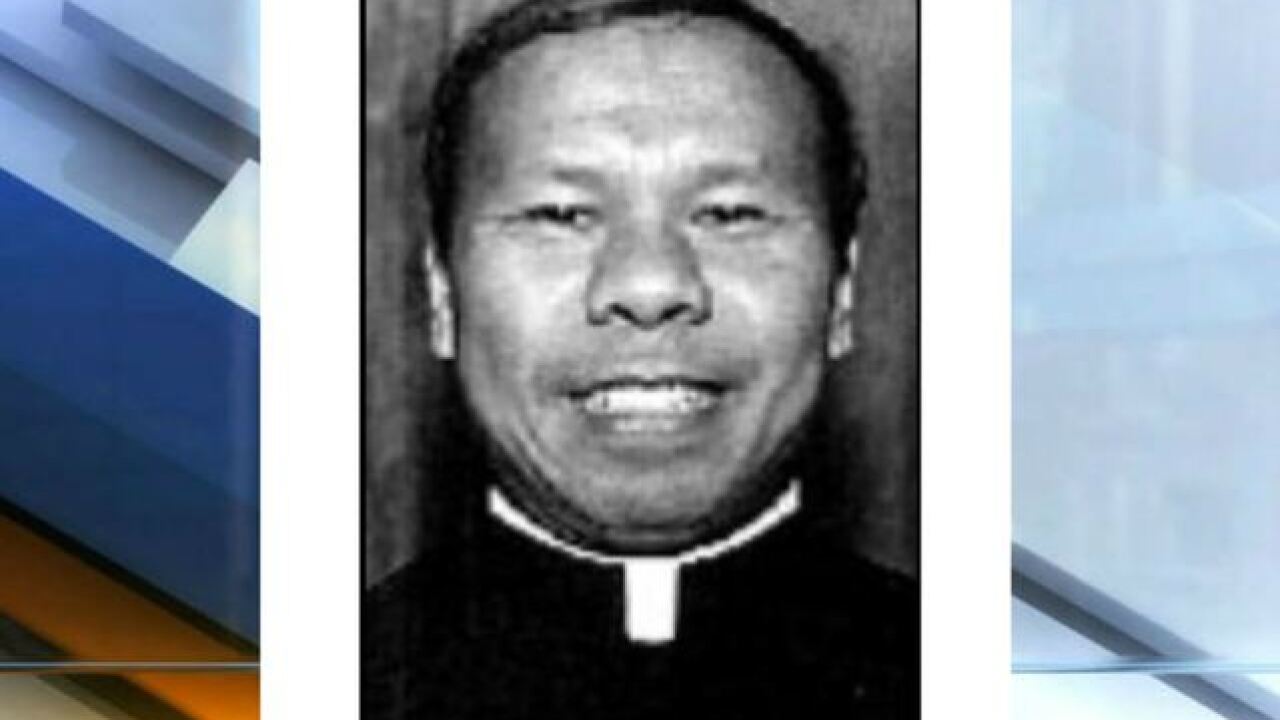 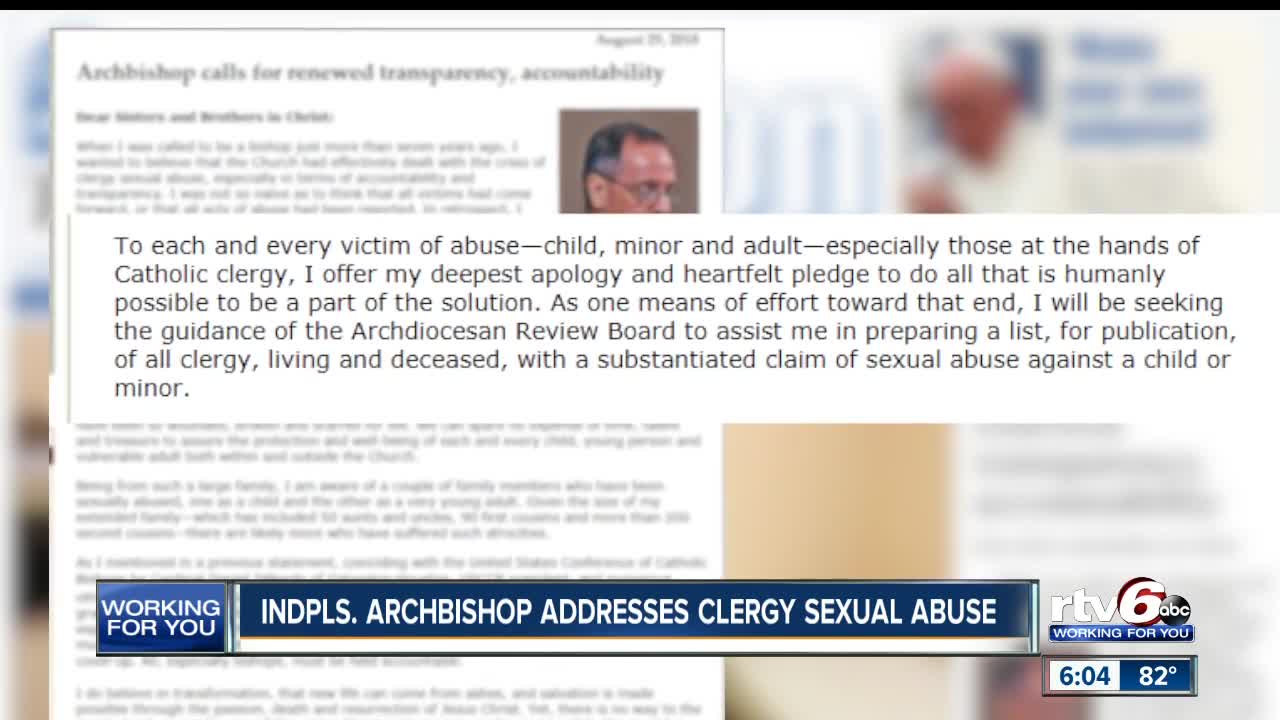 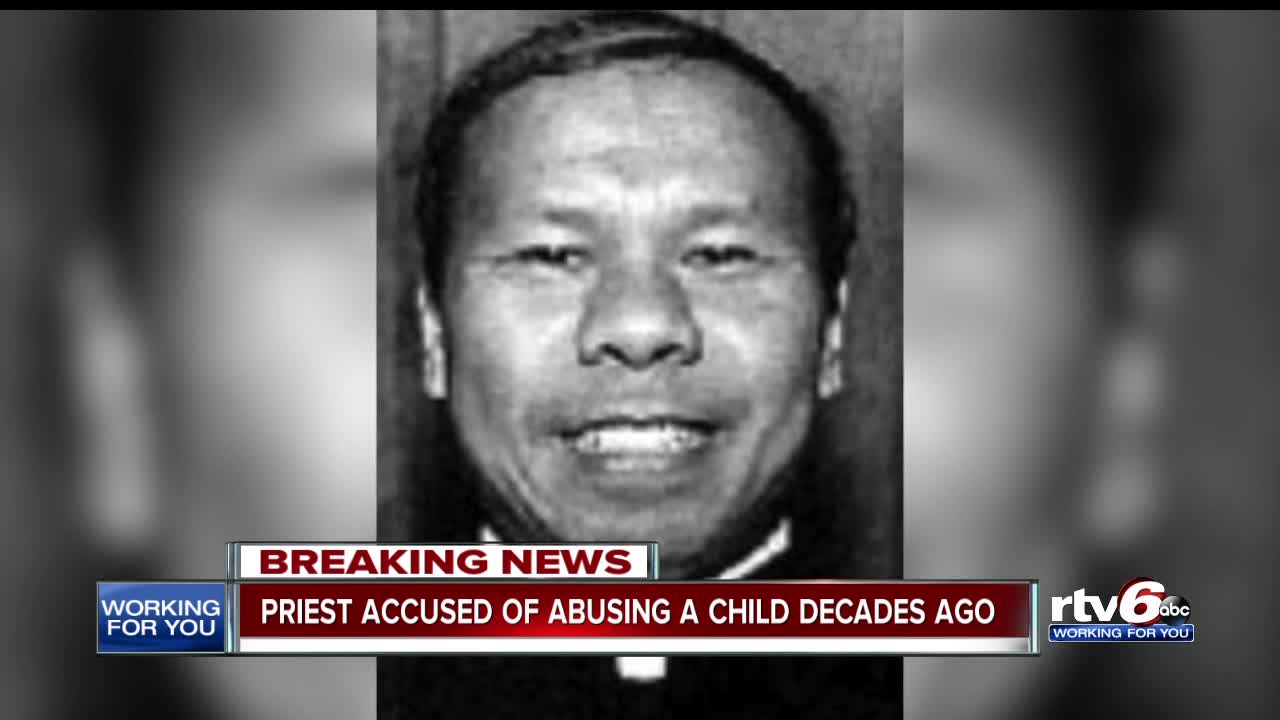 INDIANAPOLIS -- Indianapolis Catholic Archbishop Charles Thompson addressed what he calls the “crisis of clergy sexual abuse” and promised to publicly release the names of priests accused of abuse.

In a letter Wednesday to the members of the Indianapolis Archdiocese, Archbishop Thompson said there can be no further cover-up and everyone, including bishops, must be held accountable.

He also said he will prepare a list to be published of the clergy, living and deceased, with a substantiated claim of sexual abuse against a child or minor.

The Archdiocese released the first of those names Wednesday evening . According to a statement posted on the Archdiocese of Indianapolis website, Fr. John Maung has been suspended after being accused of abusing a child "several decades ago." Fr. Maung has denied the claim against him.

You can read the Archdiocese of Indianapolis' full statement below:

Statement regarding claim of abuse by Fr. John Maung

Fr. Maung has denied the claim.

Fr. Maung served in the following parishes: St. Lawrence, Indianapolis; St. Gabriel, Connersville and St. Joseph, Shelbyville. He also resided at Holy Spirit Parish in Indianapolis. Following his retirement in 2009, Fr. Maung continued to help with sacramental needs at parishes in the Archdiocese.

Fr. Maung is prohibited from all public ministry while an investigation is pending.

If you are a victim of sexual misconduct by a person ministering on behalf of the Church, or if you know of anyone who has been a victim of such misconduct, please contact civil authorities and the Archdiocesan Victim Assistance Coordinator  Carla Hill .

A police investigation against Fr. Maung is pending.

The letter is published on the Archdiocese website and will also be on the front page of The Criterion newspaper, which comes out on Friday.

Along those same lines, the Diocese of Gary has released the names of 10 former priests who church leaders have deemed guilty of sexually abusing children.

The document, released Wednesday, also includes the number of allegations made against each priest and the actions taken by church officials.

The list does not report whether those men ever faced criminal prosecution for the alleged abuse. Seven of those former priests are dead and the other three have already been removed from public ministry.