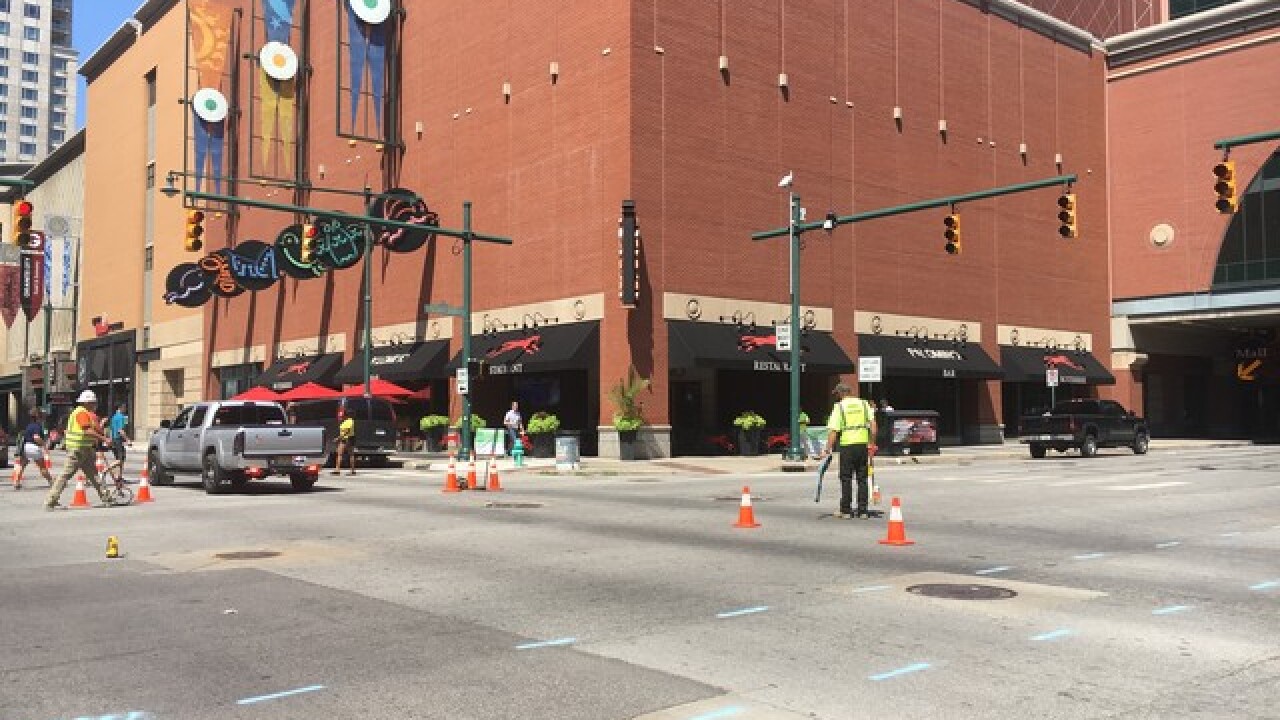 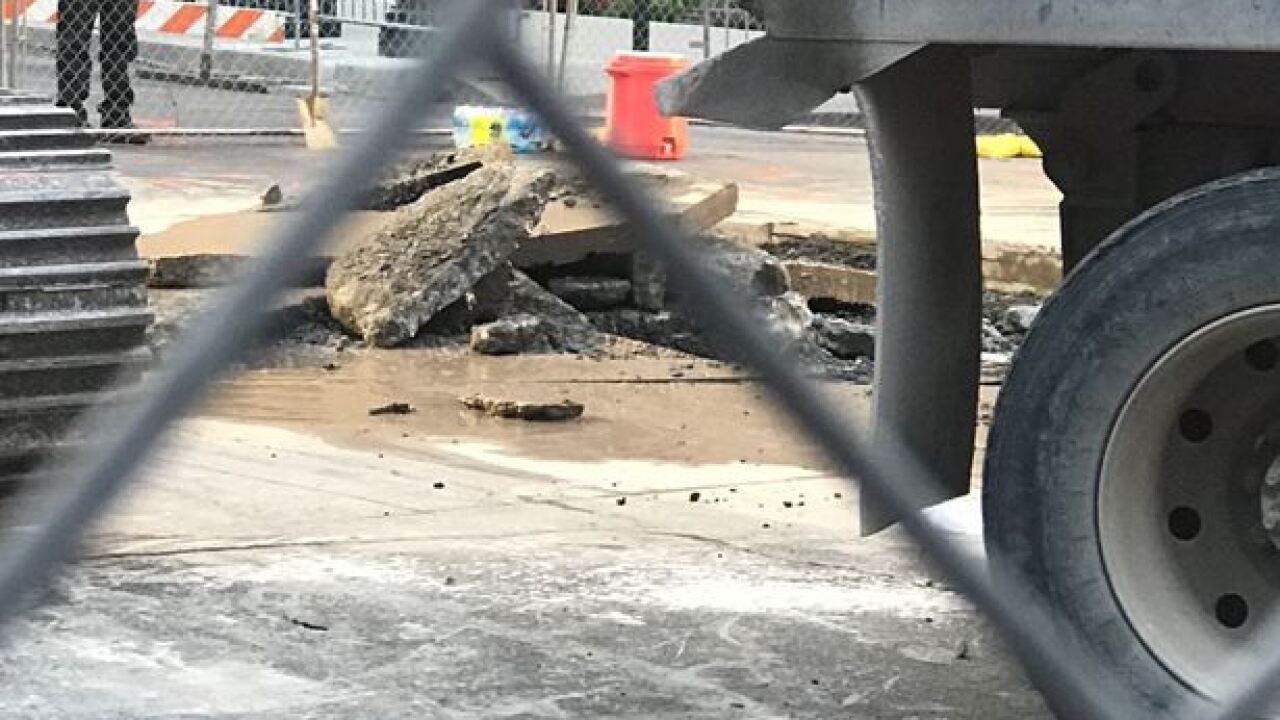 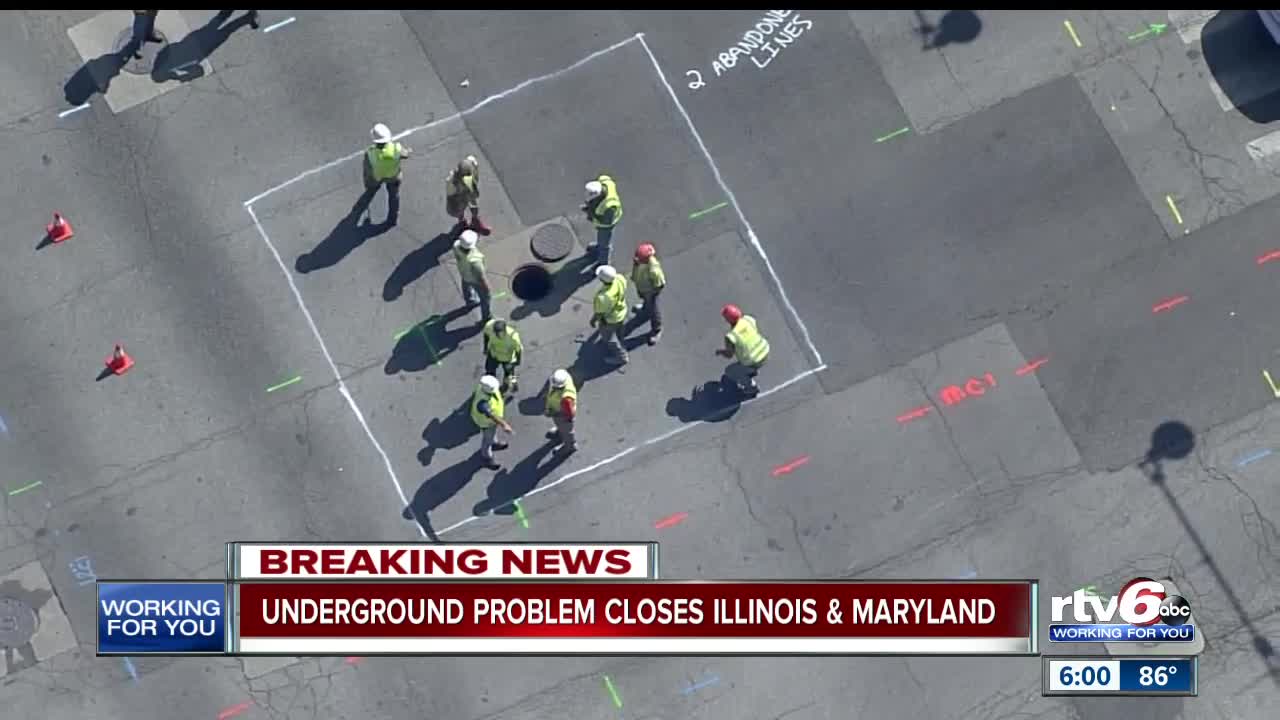 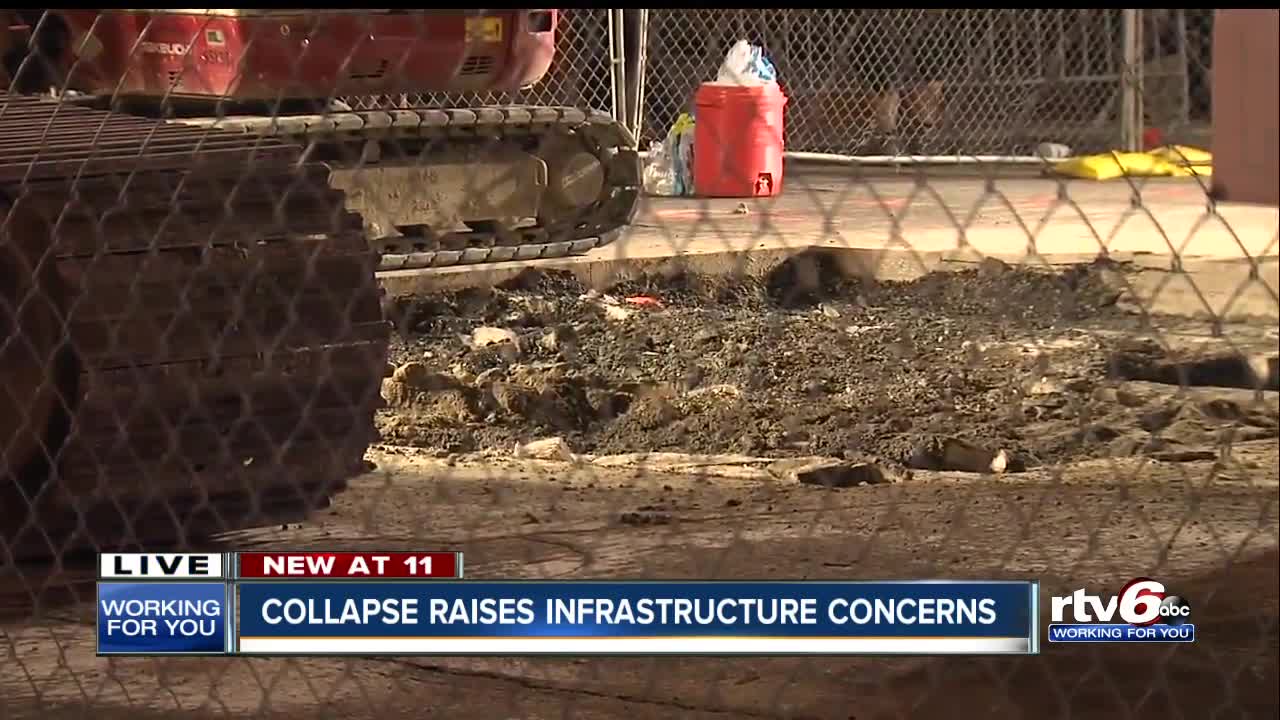 INDIANAPOLIS -- Another downtown Indianapolis intersection is closed because of a manhole collapsed under the street.

The intersection of Illinois and Maryland streets will be closed indefinitely while repairs are made to the structure, which is over 100 years old.

Citizen’s Energy says they were doing a routine inspection and cleaning in the area when they discovered a large void under the street where an underground manhole had collapsed. The road above that structure had not yet collapsed but crews say the underground damage could have caused that to happen at any time.

It is unclear when the intersection of Maryland and Illinois will be reopened.

"Citizens has provided the Commission with regular updates on the situation, and we expect them to continue to keep us informed," said a spokesperson with the Indiana Utility and Regulatory Comission.

The closure comes less than a week after another major intersection in downtown Indianapolis was reopened after a collapse was repaired at Ohio and Pennsylvania streets.

The collapse was originally thought to be a sinkhole but the damage at Ohio and Pennsylvania streets was actually caused by a sewer pipe cave in.

“A lot of sewers in downtown Indianapolis are more than a hundred years old including the one that caved in,” said Laura O’Brien, Corporate Communications Director with Citizen’s Energy.

“It’s the old sewer infrastructure and it collapsed,’ said CCTV Operator Claude Robinson. “I don’t think we necessarily know why.”

Citizen’s Energy gave RTV6 an underground look at how they view these underground systems to make sure flaws like the one that caused that cave-in don’t become bigger issues in the city’s sewer system.

Citizens has three to four crews out doing inspections on their sewer system five days each week. They send robotic cameras down into the sewer pipes to look for defects.

Some of those defects get logged so they can keep an eye on them, others require immediate repair, like the one discovered at Illinois and Maryland streets on Thursday.

“The things we’re looking at when determining whether it needs to be rehabilitated or replaced is the age, the capacity, the service history and the consequences if that sewer were to fail,” said CCTV Operator Claude Robinson.

There are over 3,000 miles of sewer line in Indianapolis. Citizens inspects about 300 miles of that line and replaced approximately 15 miles each year.

O’Brien says there is no plan to replace the aging brick sewer system downtown at this time She says a lot of the brick sewers are very sound and there are no ways to accurately predict if a similar cave-in will happen again or where.