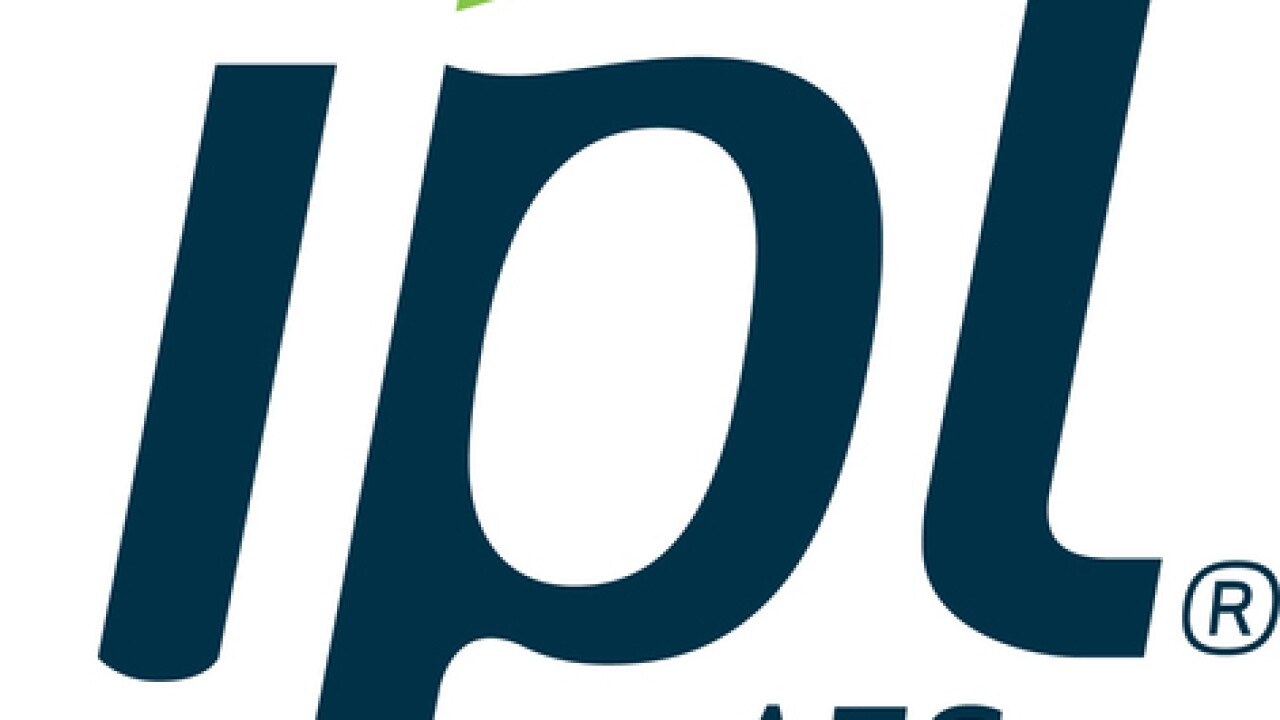 INDIANAPOLIS -- Indianapolis Power & Light has reached a settlement agreement with the Indiana Office of Utility Consumer Counselor, Citizens Action Coalition and other parties that, if approved by state regulators, would lessen the financial impact on customers.

IPL initially requested a $124.5 million increase in December 2017, and lowered it to $88.3 million in June 2018, saying the money is needed to cover the cost of their new Eagle Valley natural gas plant and other infrastructure improvements.

IPL initially told RTV6 the average customer would see an $11.50 a month increase on their bill.

RELATED |  IPL researched customers who spoke out against rate hike

However, if the settlement is approved, that amount would be cut in half to a $5.18 per month increase.

Also, if approved by the Indiana Utility Regulatory Commission (IURC), the agreement would hold the fixed, monthly residential customer charge for most customers at its current $17.00 level.

IPL had requested to increase the fixed, monthly residentially charge to $27.00.

“Preventing a major increase in the monthly customer charge is a high priority for us, and we have achieved that through this agreement,” said Indiana Utility Consumer Counselor Bill Fine. “We weighed new evidence presented during the case and considered the significant litigation risk as we and nearly all of the case’s intervening parties reached a settlement resulting in a substantial and justifiable overall reduction to IPL’s request. The OUCC’s legal and technical staff worked extra hard in this complex case, putting in countless hours of research and participating in numerous hours of intense negotiations over the last several weeks.”

For customers whose monthly usage is less than 325 kWh, the existing monthly fixed charge of $11.25 will be slightly increased to $12.50, according to the Citizens Action Coalition, an advocacy group opposed to the IPL rate hike.

“Our top priority in the case was to address the monthly fixed charge and what we viewed as an unreasonable request by the company,” said Kerwin Olson, Executive Director of CAC. “We are pleased that we were able to work with IPL and the OUCC to keep the monthly charge at its current level for the majority of IPL customers.”

According to OUCC, here’s how the settlement will impact customers:

“We appreciate IPL’s willingness to include terms designed to begin addressing the challenges many low-income customers face in staying current with their monthly electric bills,” Olson said.

If approved by the IURC, new rates are expected to become effective by the first quarter of 2019.

IPL released the following statement regarding the settlement:

Earlier today, IPL filed a Settlement Agreement in its Regulatory Rate Review with the Indiana Utility Regulatory Commission (IURC). The widely-supported Settlement with the Indiana Office of Utility Consumer Counselor and 10 additional stakeholders balances the interests of IPL’s residential, commercial, and industrial customers, and provides IPL the resources to continue meeting our customer reliability needs.

The settlement agreement is subject to review and approval by the IURC.

IPL encourages all customers to visit IPLpower.com/answers [iplpower.com] to use our rate calculator to see specific bill impacts.

IPL remains a low-cost utility maintaining one of the lowest residential rates among investor-owned utilities.