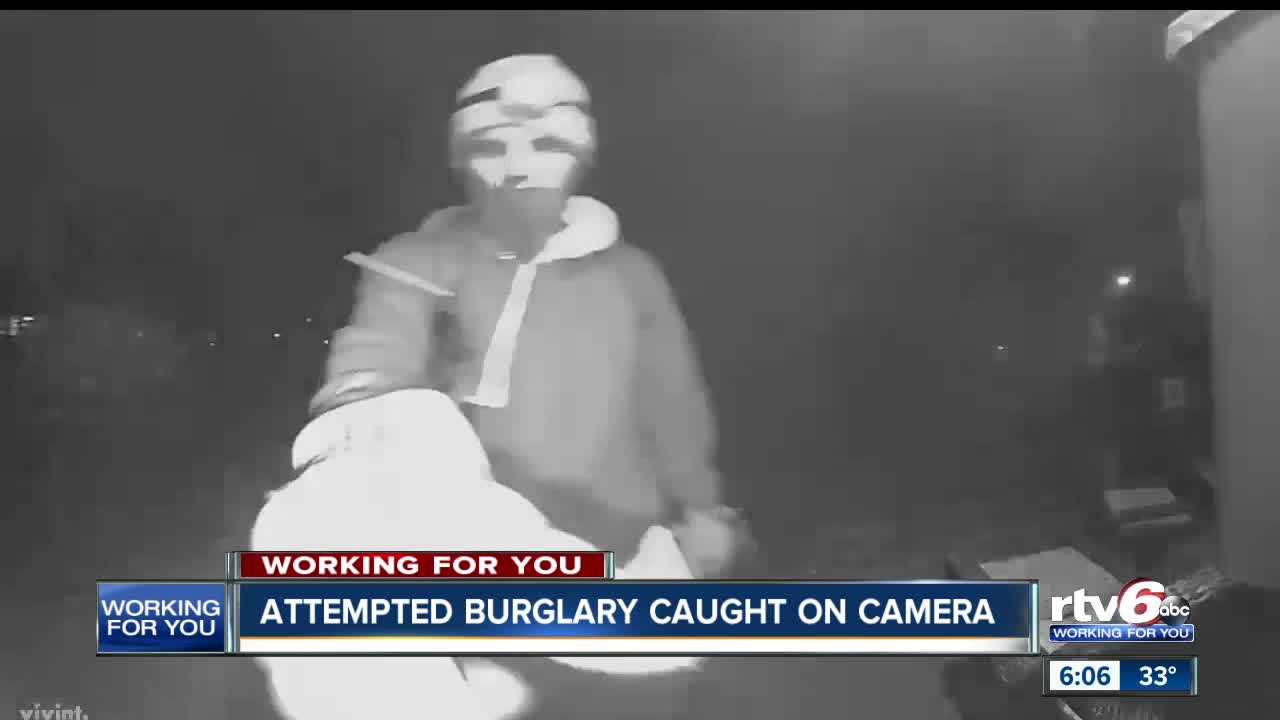 People living in one Irvington neighborhood say they’re terrified after seeing a video of a suspicious man ringing a doorbell and trying to open the front door of a home. 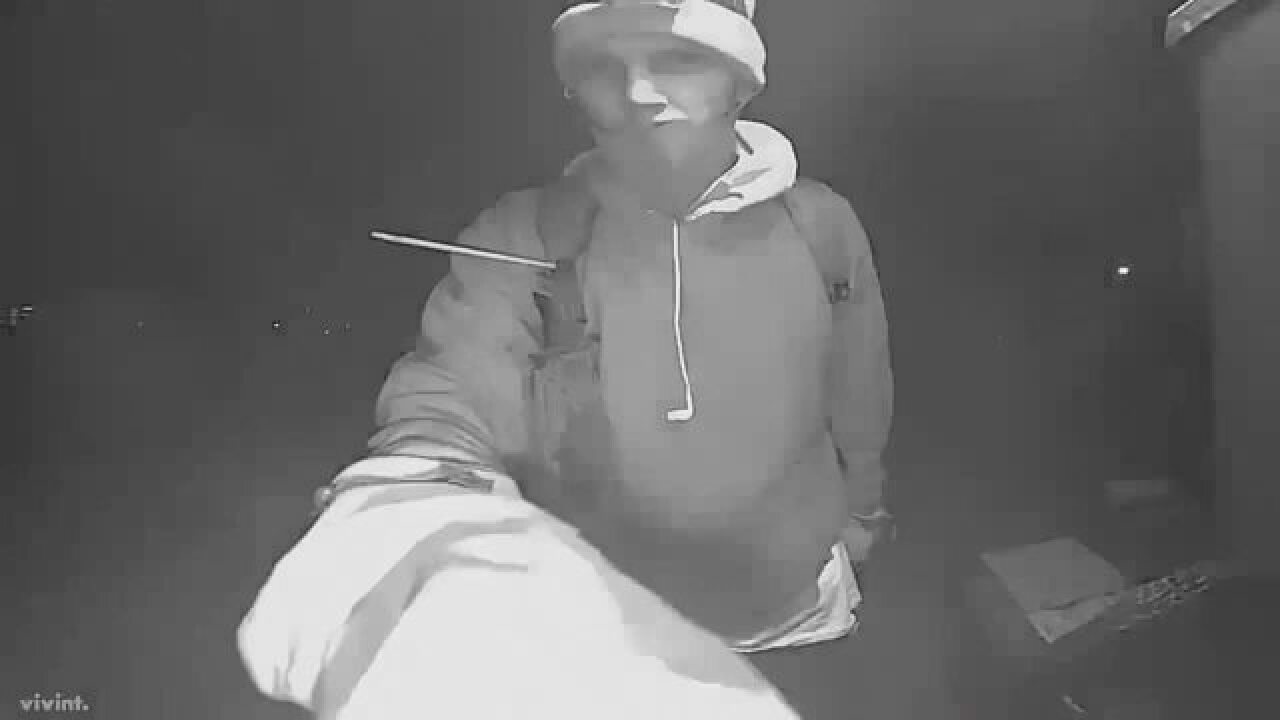 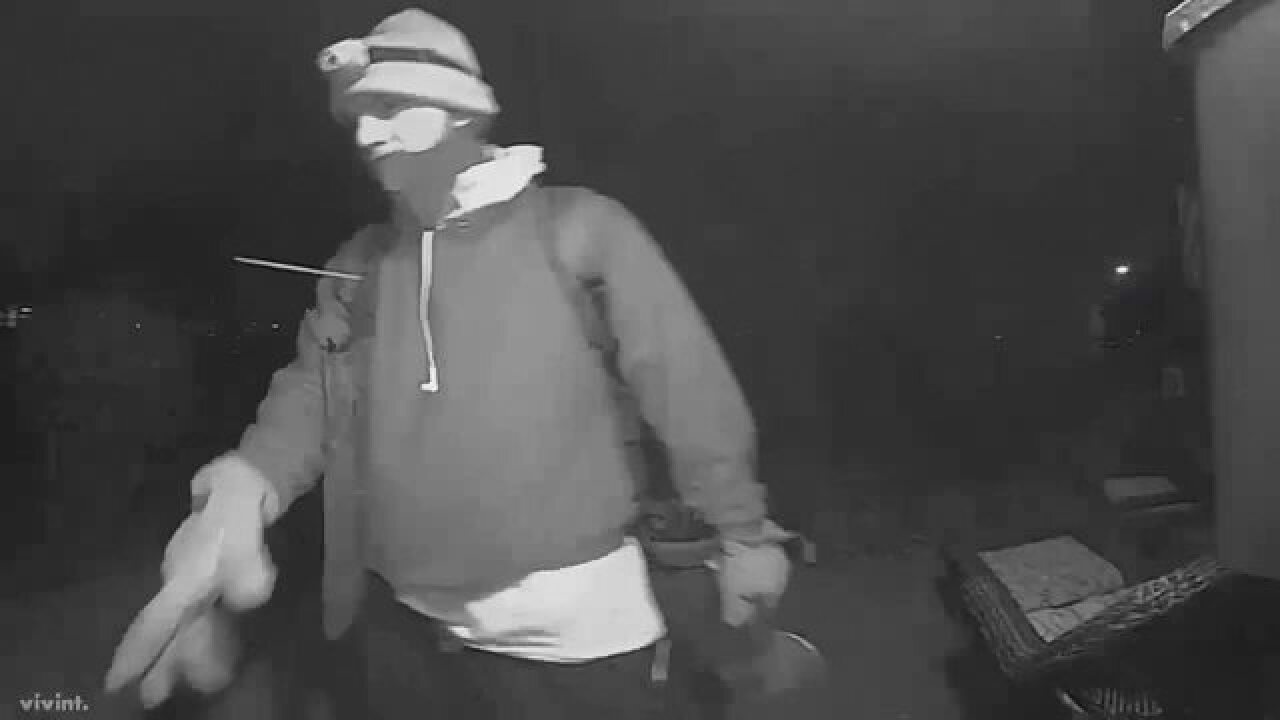 IRVINGTON, Ind. -- People living in one Irvington neighborhood say they’re terrified after seeing a video of a suspicious man ringing a doorbell and trying to open the front door of a home.

Kristen Scott says she woke up Wednesday morning to find the video on her phone from her doorbell app. The notification says the man, who was wearing a backpack and carrying a scary-looking tool, rang her doorbell just before 1:30 a.m. while her family was inside sleeping.

“Initially I was terrified. I had to calm myself down because my alarm did not go off,” said Scott. “I knew the house was secure and my family was okay.”

In the video, which you can watch below, the man goes right for the camera before stepping aside, which is when the homeowner says he started rattling her door handle.

Scott said she shared the video with her next-door neighbor, who woke up to find someone had broken into her garage and car that same night.

“Never did I expect to see this video of this man come up to her door, with an agenda,” said Brandi Andrews. “He was not just passing through – he had gloves on, a helmet with a hat, a backpack, rope and the craziest tool I’ve ever seen. Who knows what he was going to do.”

Both women say they are now working to make sure their neighbors are aware of the attempted burglary and the suspicious man in the video. They hope it pushes them to take extra steps to protect their homes and their families.

“Now, every night we have this new routine,” said Brandi. “Are the cars locked? Is the screen door locked? I was setting chairs in front of doors because I was so afraid.”

“I’m just trying to think of extra things I can do to make sure I am safe,” said Scott. “Hopefully by putting this out there in the neighborhood, hopefully, it encourages the neighbors to do the same.”

Scott has filed a police report regarding the attempted burglary and a detective has collected the video to look at. So far no arrests have been made.