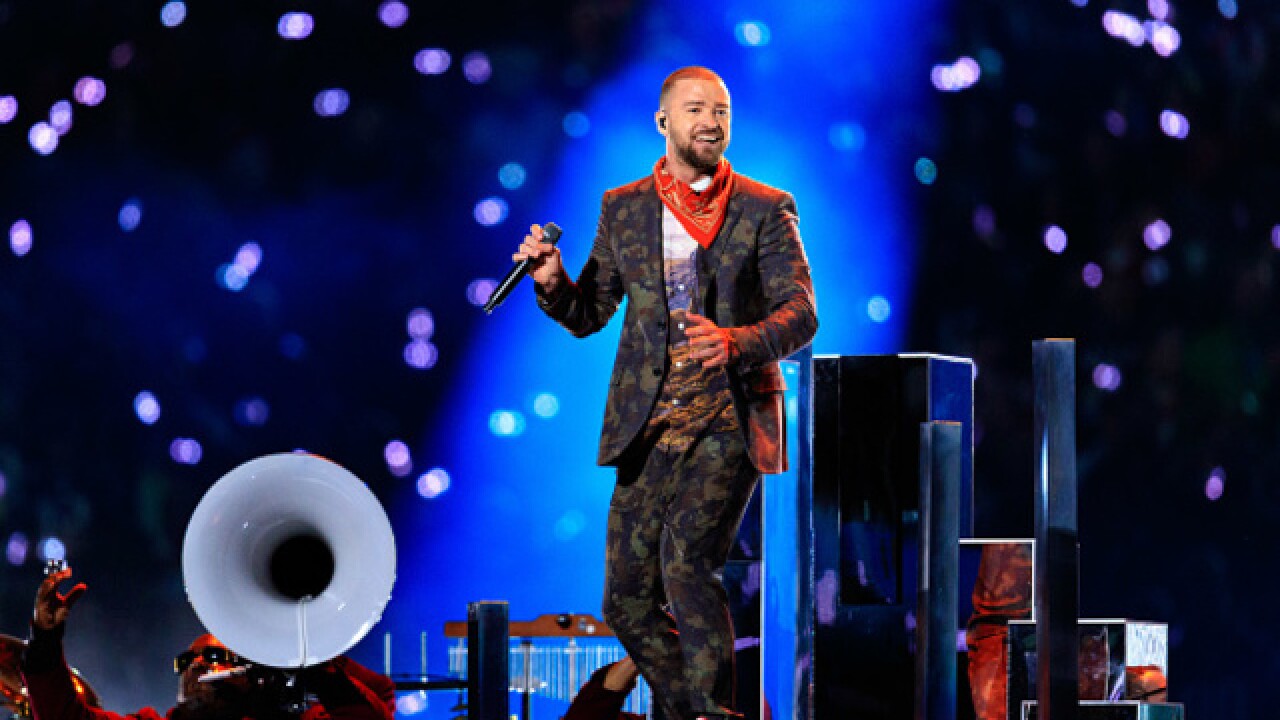 INDIANAPOLIS -- Fresh off his Super Bowl halftime performance, Justin Timberlake announced new dates Monday for his "Man of the Woods" tour and one stop will bring him to Indianapolis.

Timberlake will perform at Bankers Life Fieldhouse on Fri., December 14.

Tickets go on sale at 10 a.m. on Monday, Feb. 26 through LiveNation.com, Ticketmaster and the Bankers Life Fieldhouse box office.

Timberlake's fourth studio album "Man of the Woods" was released last Friday and Sunday he performed for the third time at the Super Bowl.