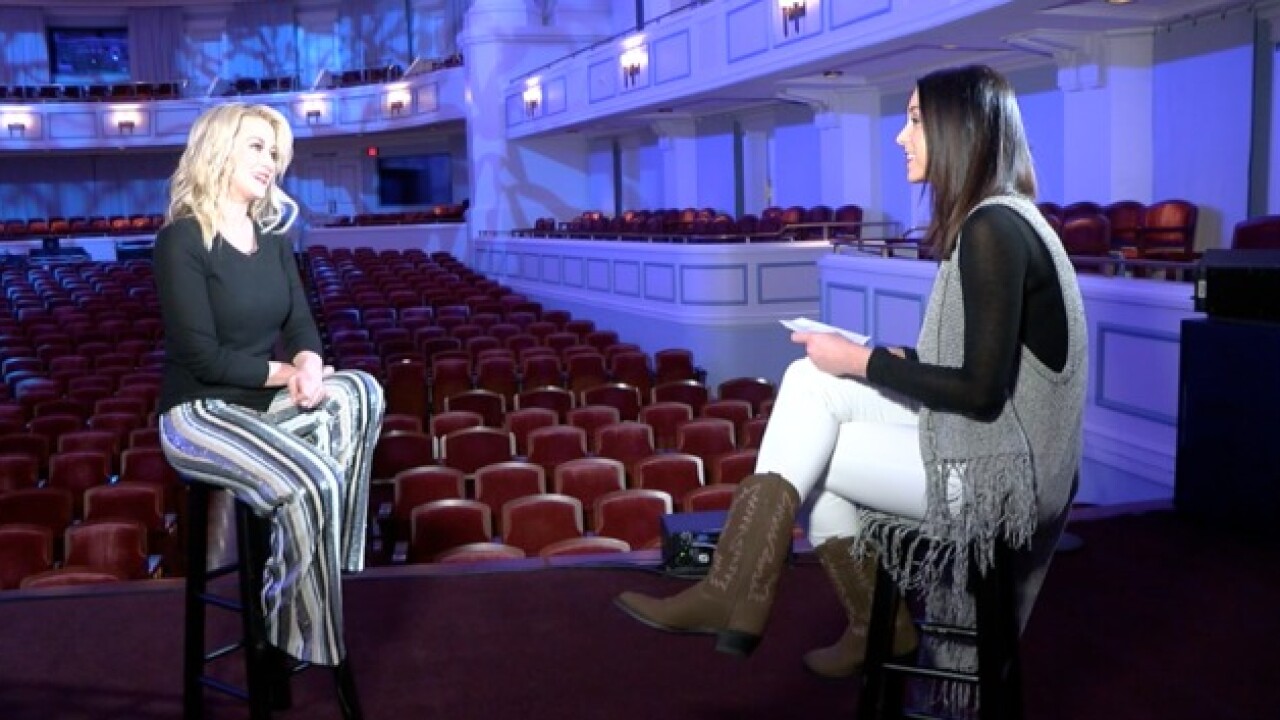 Copyright 2018 Scripps Media, Inc. All rights reserved. This material may not be published, broadcast, rewritten, or redistributed.
<p>RTV6's Alanna Martella sits down for an exclusive interview with Kellie Pickler at The Palladium in Carmel.</p> 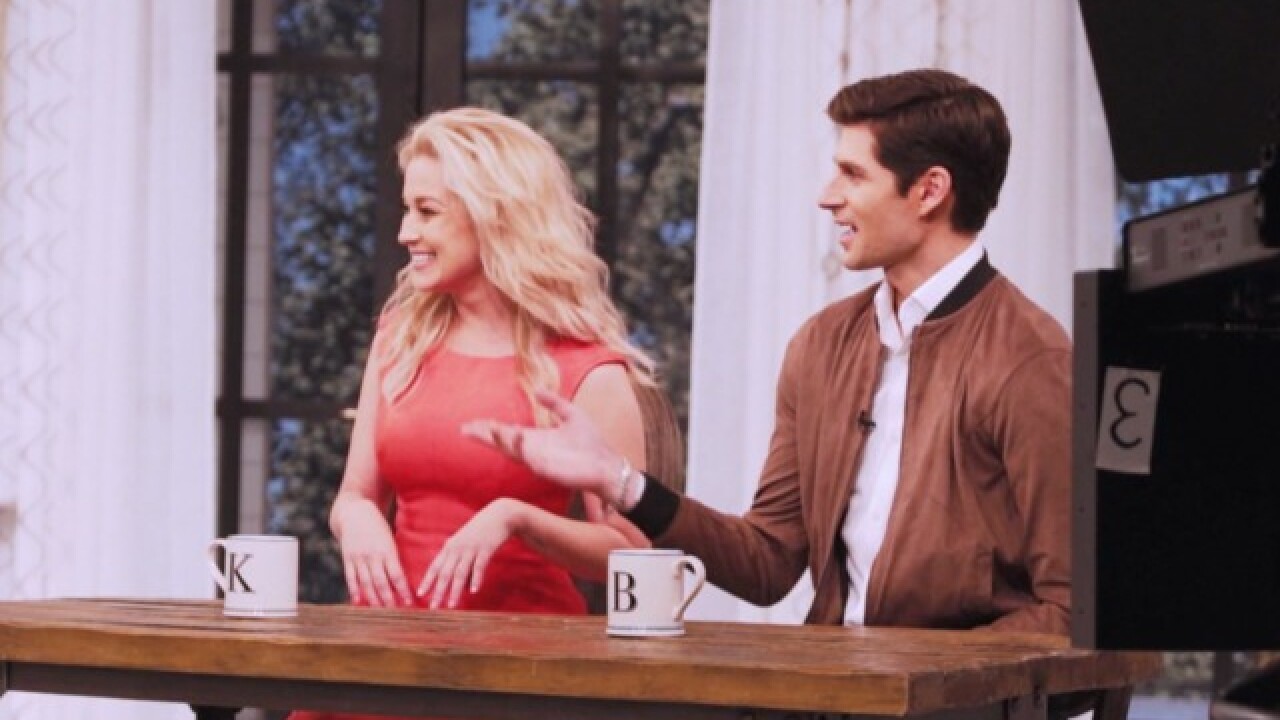 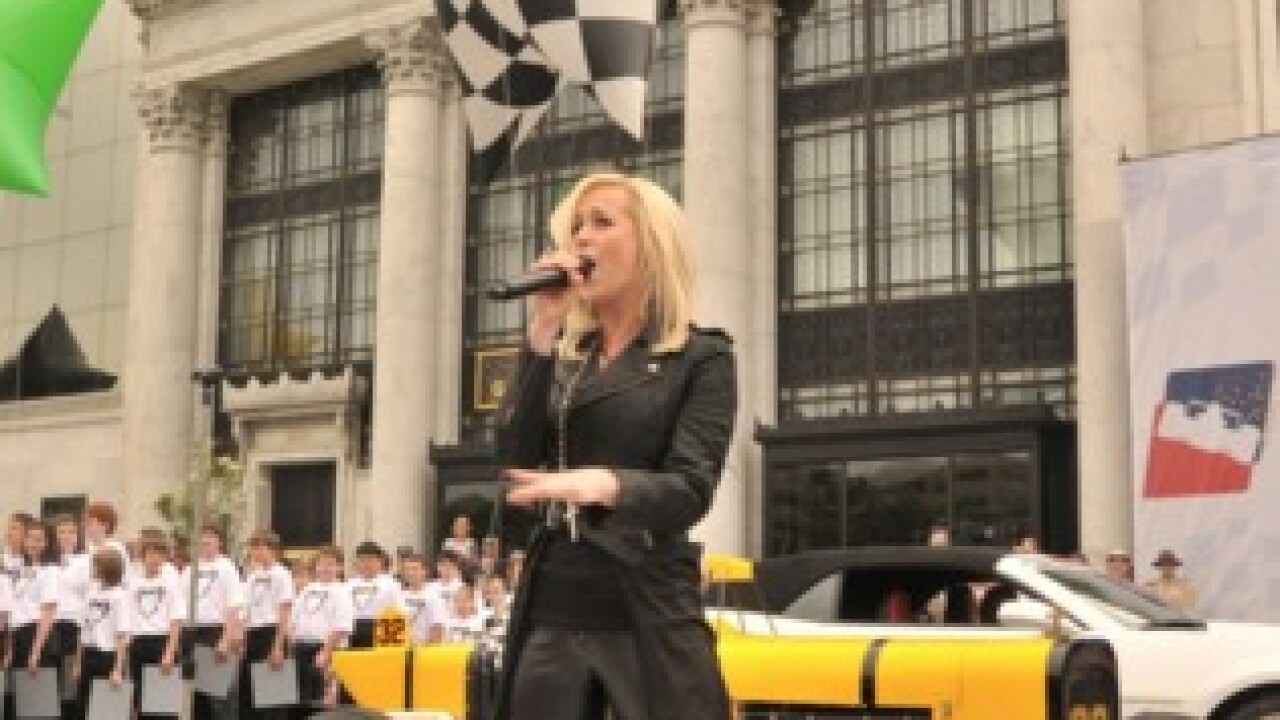 INDIANAPOLIS — Country stars are gearing up for one of the biggest nights in country music, the Country Music Association Awards, happening on Wednesday night.

Described by singer Kellie Pickler as “a country music reunion”, you can catch the annual show, this year is its 52nd year, right here on RTV6. Pickler will undoubtedly be attending the awards, even serving as a host on the red carpet, all-access livestream along with Ben and Kelly Sutton.

In an exclusive interview with RTV6’s Alanna Martella when she was in Carmel performing at the Palladium, Pickler talked about her red carpet experience, her syndicated talk show “Pickler and Ben” (which airs Monday through Friday on RTV6), and what makes life worth living.

Ask Pickler if she likes walking the red carpet, and her response might shock you.

"It terrifies me, to be honest," said Pickler.

Even as someone who's spent nearly half of her life in the limelight, Pickler said she still can't get used to it.

“I get a little shy, to be honest. I think people would be surprised to know that about me," said Pickler.

That may not be so surprising actually, given her upbringing.

"I grew up in a tiny little town in Carolina. My grandma had a big part in raising me, so I grew up on traditional country music. Tammy Wynette, Patsy Cline, Dolly, Loretta, Merle, Hank Sr., ‘My Bucket’s Got a Hole In It’ was my first song I ever learned when I was like, five!” Pickler said, excitedly.

That traditional country music catered to her dreams. Her rise to stardom came at age 19, winning over the hearts of millions on the fifth season of "American Idol,” ultimately getting cut in the top 6. She signed with a record label in 2006, and her debut album "Small Town Girl,” produced three hit singles, and a spot to perform her emotional hit "I Wonder" on stage for the 2007 CMA Awards, where she was nominated for the Horizon Award.

"I've been blessed to have my dreams become a reality, I guess you could say," she said. "Every moment in my career, every person that I meet out on the road. I don't know, I just take a little from that and it makes me, I don't know, a better person."

Picker’s musical journey has taken her to Indy a couple of times, the Indiana State Fair in 2006, the 500 Festival Parade in 2011, the NCAA Women’s Final Four in 2011, performing the National Anthem at NASCAR’s 400 at the Brickyard in 2015, and more, building relationships each and every step of the way.

"All the stories that people share with me. Awards mean so tiny, to me. It's the relationship and the connection that I've been so blessed to have with everyone that I meet,” said Pickler.

Pickler has found a new love, other than country music: hosting a syndicated talk show, Pickler and Ben, with media personality Ben Aaron. The show airs on RTV6, Monday through Friday at 10 a.m. So far, fans are loving it.

“I'm not surprised that people are looking for a safe place where they can just have fun and it's appropriate for all ages. Just to clock out of your day for one hour,” said Pickler of the show.

The show focuses on sharing things that Executive Producer Faith Hill describes as "stories that make life worth living.”

So, what's next for Pickler? Aside from sharing the inspiration of others? Just living life and savoring each and every moment.

"Life's so short. So, enjoy it while you have it," said Pickler.

Again, you’ll see Pickler Wednesday night on the red carpet hosting the all-access livestream.
And don’t forget, you can catch all of the nominees, winners and great country music, as Carrie Underwood and Brad Paisley host the show for the 11th year in a row, right here on RTV6 for the 52nd Annual CMA Awards.