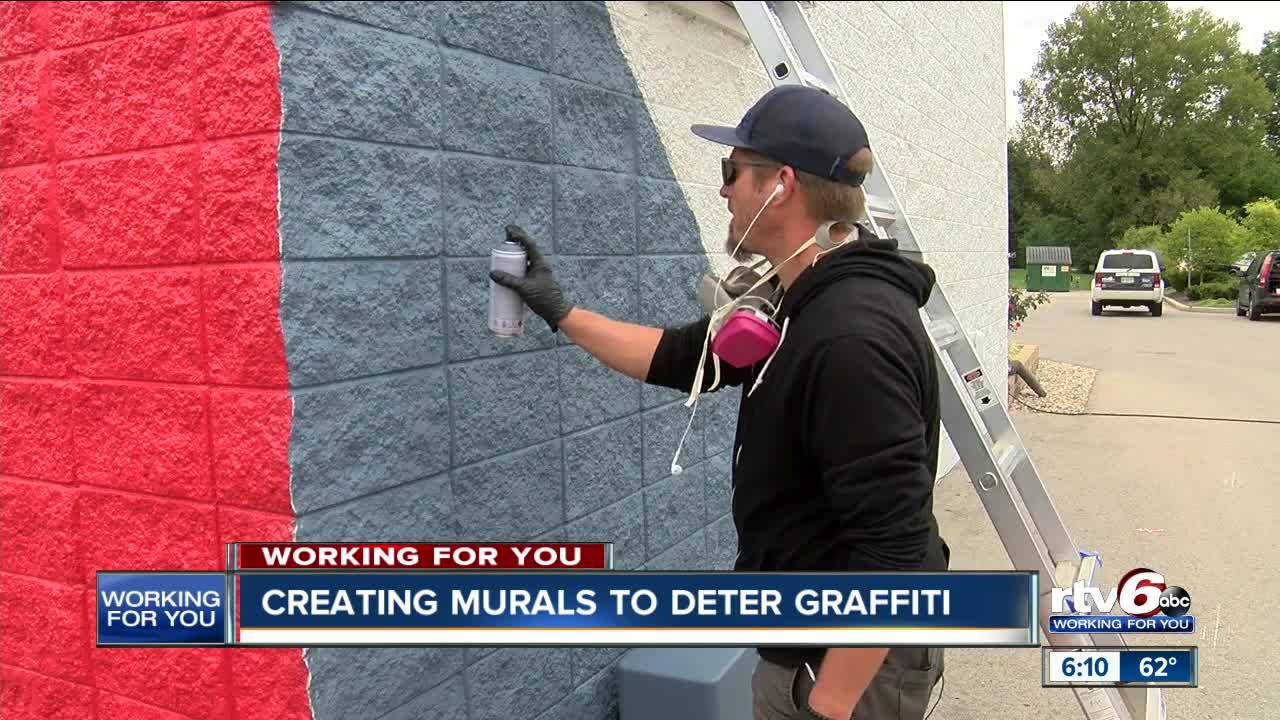 A local business owner is turning a negative situation into a positive one by transforming graffiti on the outside of his buildings into a work of art. 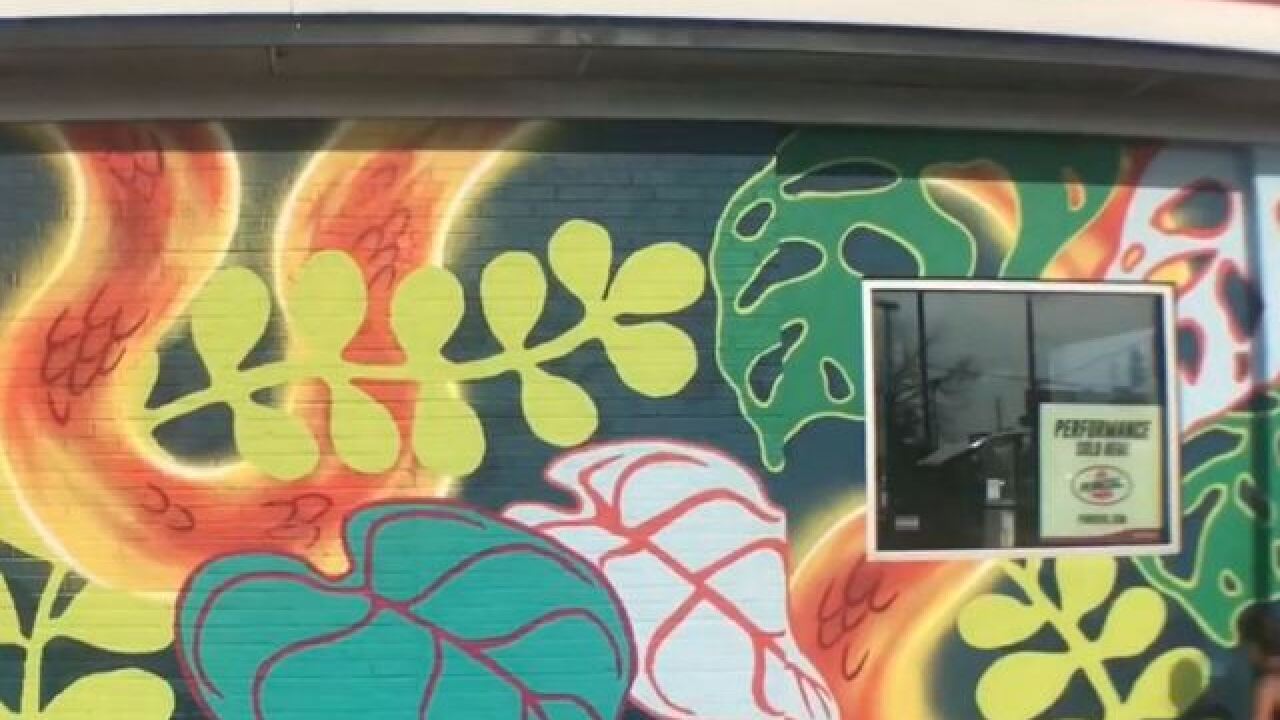 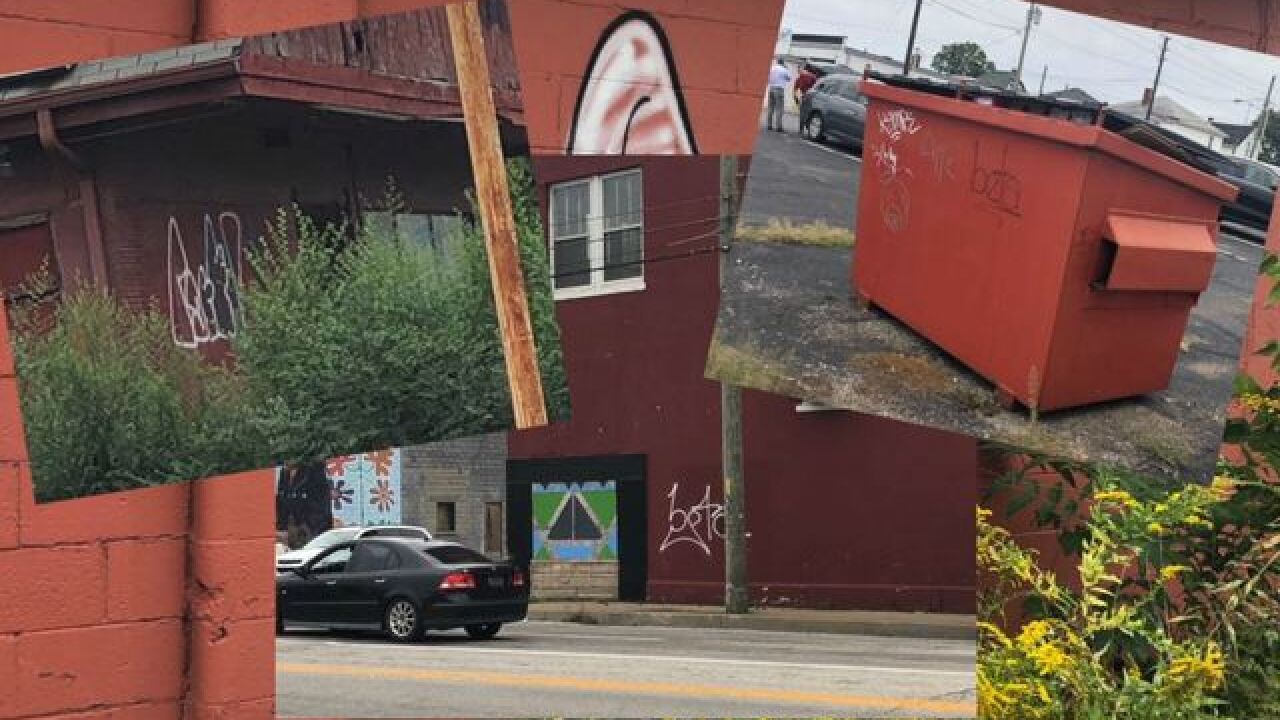 INDIANAPOLIS -- A local business owner is turning a negative situation into a positive one by transforming graffiti on the outside of his buildings into a work of art.

Billy Ray is the local artist that will be completing the mural on the Glendale Jiffy Lube store.

“It’s graphic. It’s about individuality – either dissolving or evolving – I leave it up to the viewer,” said Ray.

Store owner Steve Sanner says the Glendale building is the 9th Jiffy Lube location to be painted as part of the “Every Part Matters” public art project. The project’s goal is to deter graffiti by taking areas that attract it and creating something unique and inviting.

“Anytime you own a building and it gets graffitied, it tends to bother you a little bit,” said Sanner. “It’s not what you hope for. This is a positive way to deal with it. The graffiti artist respects the work of the artists. We haven’t had any problems since.”

Sanner says as they commission more murals to go up at local Jiffy Lube stores they hope even more businesses will get on board with the project.

“We started this, we are hoping not only does it get traction in Jiffy Lube system – but we are also hoping there is a place for public art everywhere,” said Sanner.

So far in 2018, the Indianapolis Metropolitan Police Department has investigated 269 reports of graffiti across the city. That’s more than double the cases in 2017 when IMPD investigated 105.

If you notice a home or business is tagged with graffiti, you can report it to the Mayor’s Action Center or Request Indy. A notice of violation will be sent to the property owner, who then has 30 days to remove the graffiti.

Keep Indianapolis Beautiful also has an abatement program where they provide paint to graffiti victims.