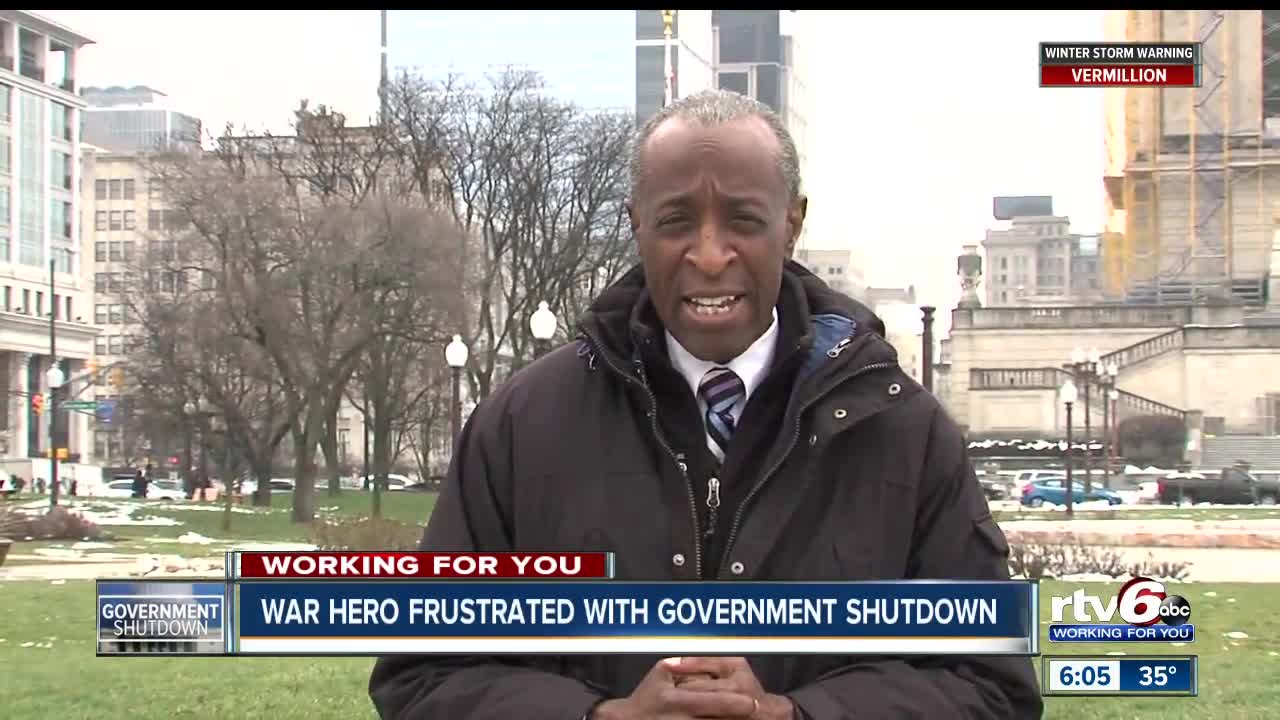 INDIANAPOLIS — These are tense times for thousands of people who have cases pending before U.S. immigration courts.

Some 43,000 cases nationwide are on hold because the courts are closed during the partial government shutdown.

Under a work permit, 39-year-old Samuel Toloza is living and employed in Indianapolis and is seeking asylum.

He’s from El Salvador and his wife and four children remain there.

Toloza fears for their safety after vigilantes threated to abduct them.

He fled the country after repeated beatings by vigilantes who wanted Toloza to join them.

In 2004, Toloza was a corporal in a multinational force assisting the U.S. in Operation Iraqi Freedom.

He received a Bronze Star for fighting valiantly with a knife when his unit was pinned down and had run out of ammunition.

Now his case is in legal limbo because the courts are closed.

“I think we owe it to him as a country,” said his attorney, Kristen Coffey. “He served and saved American lives. He served with American forces. If anyone is deserving of asylum I think we should protect him and his family, because he protects us.”

Fatima Johnson, another attorney in Toloza’s case, says there is still hope he can stay in the U.S. “All we have is hope, that is what our clients cling to, is the hope that they get a piece of the American dream, that they are afforded opportunities what were afforded to our ancestors when they came to America,” she said.

Toloza’s plea is simple: “Please give me the opportunity to stay in this country,” he said.