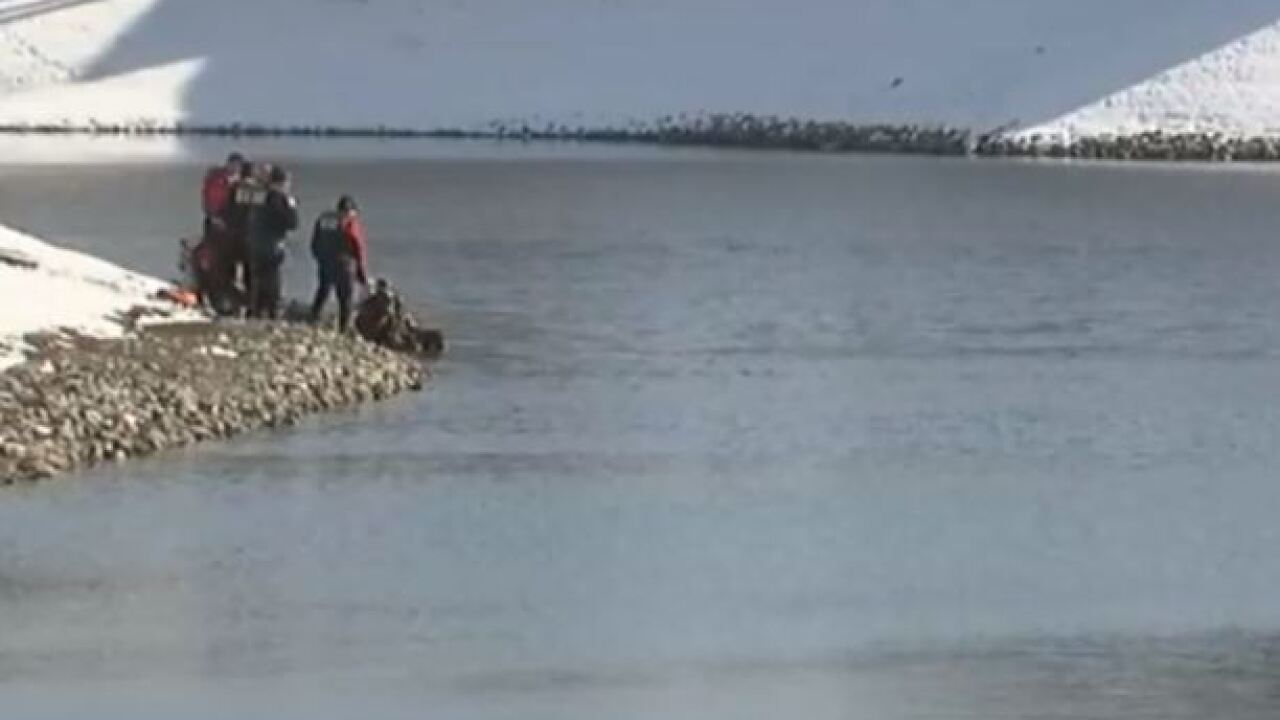 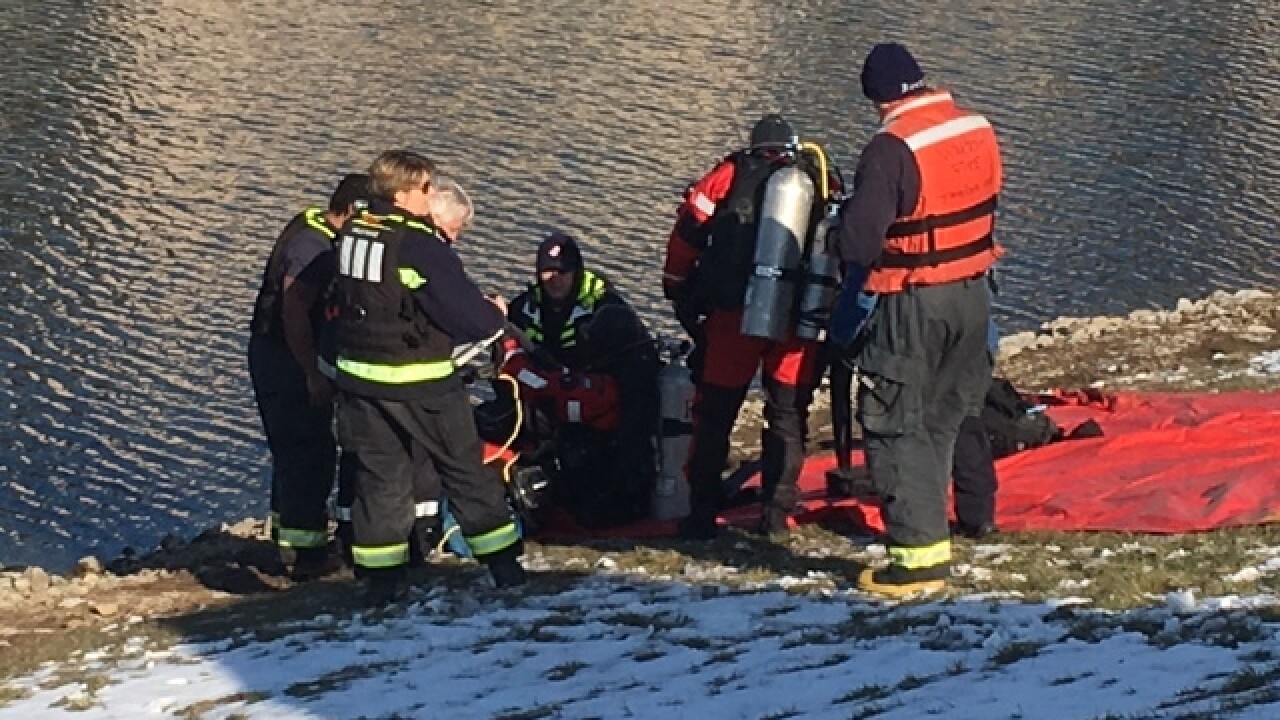 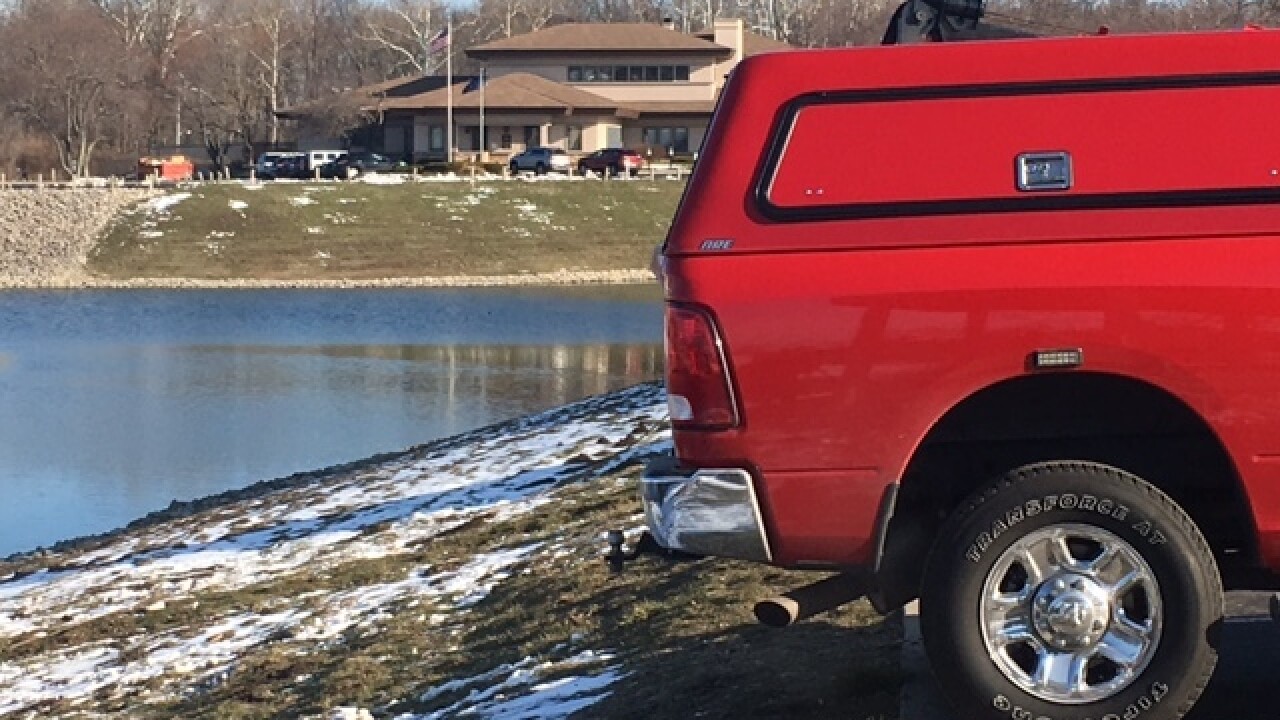 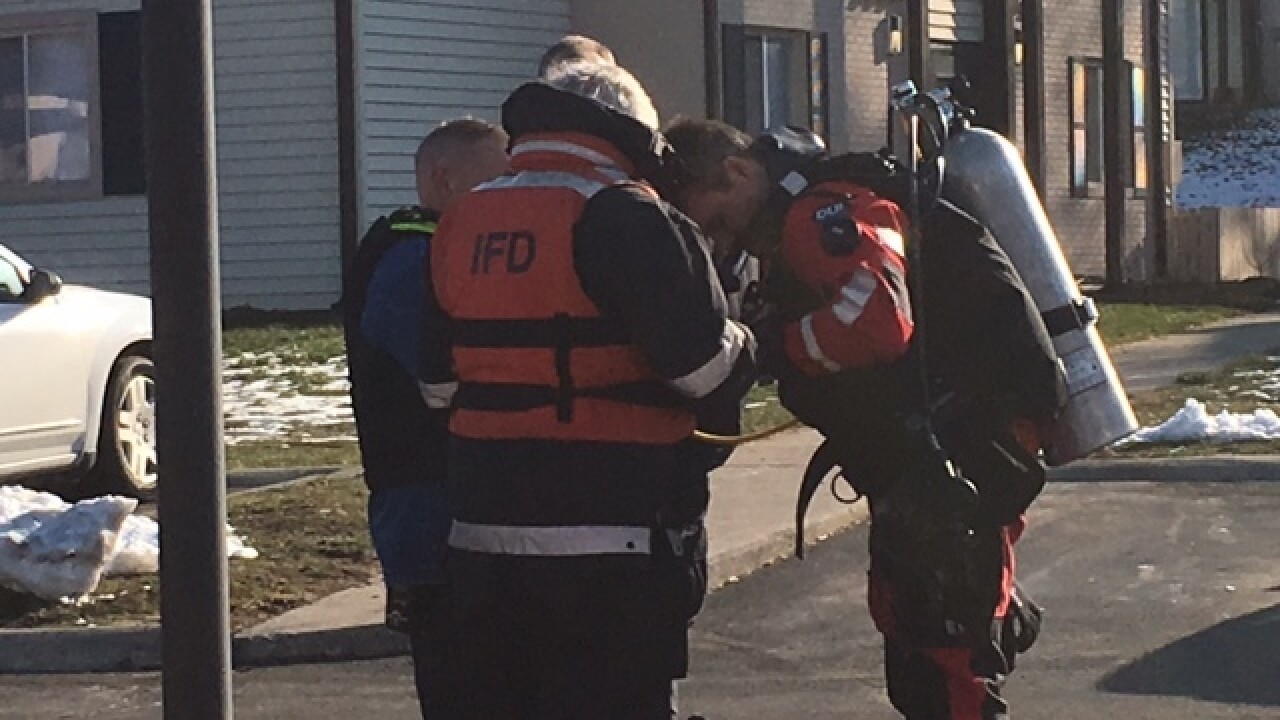 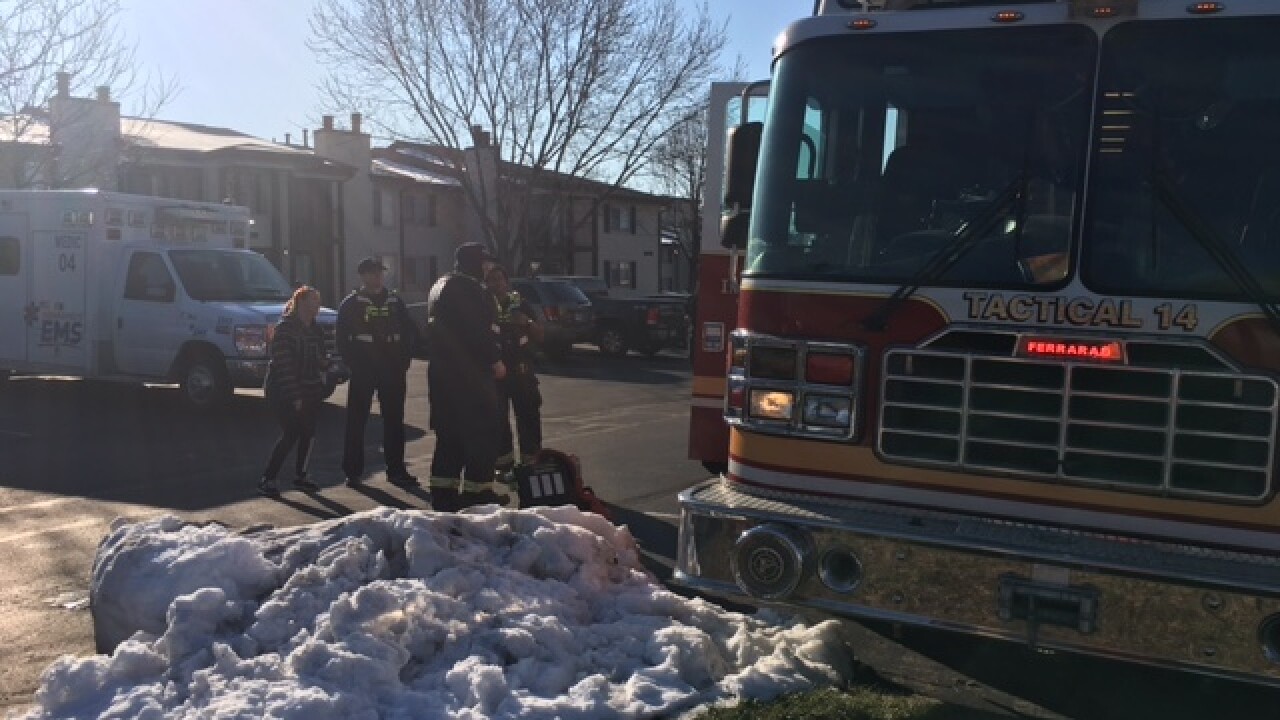 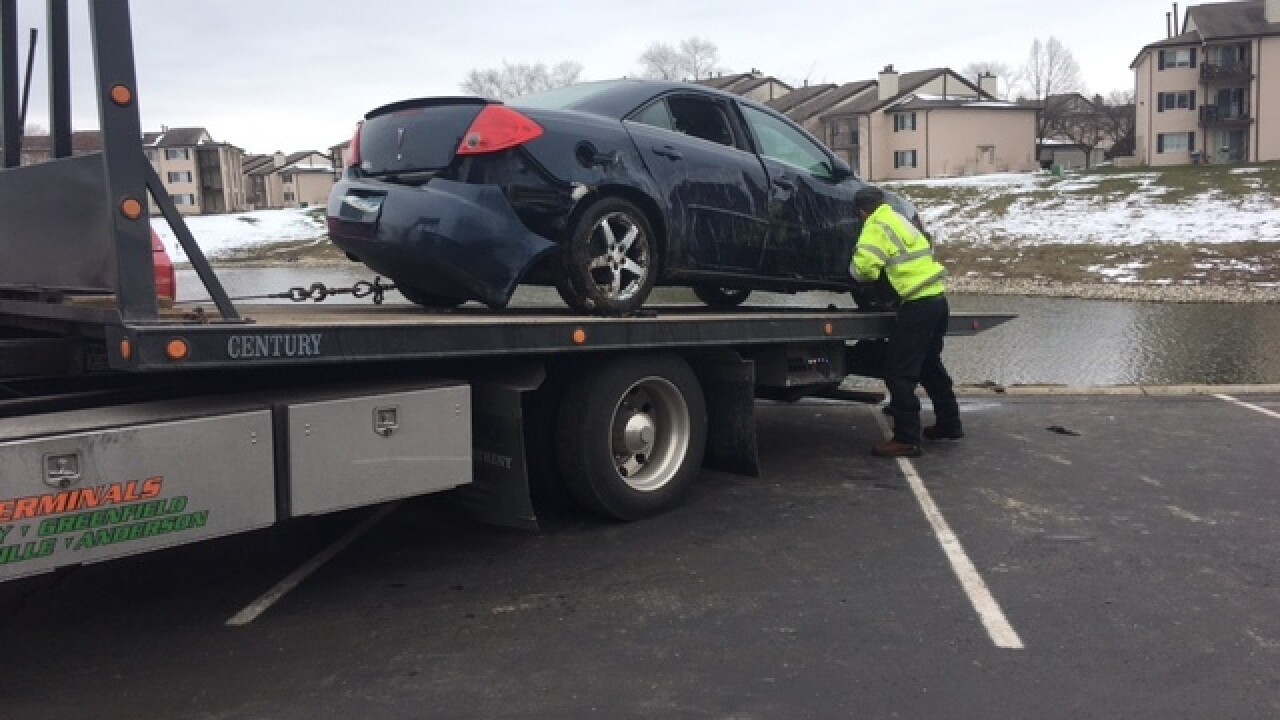 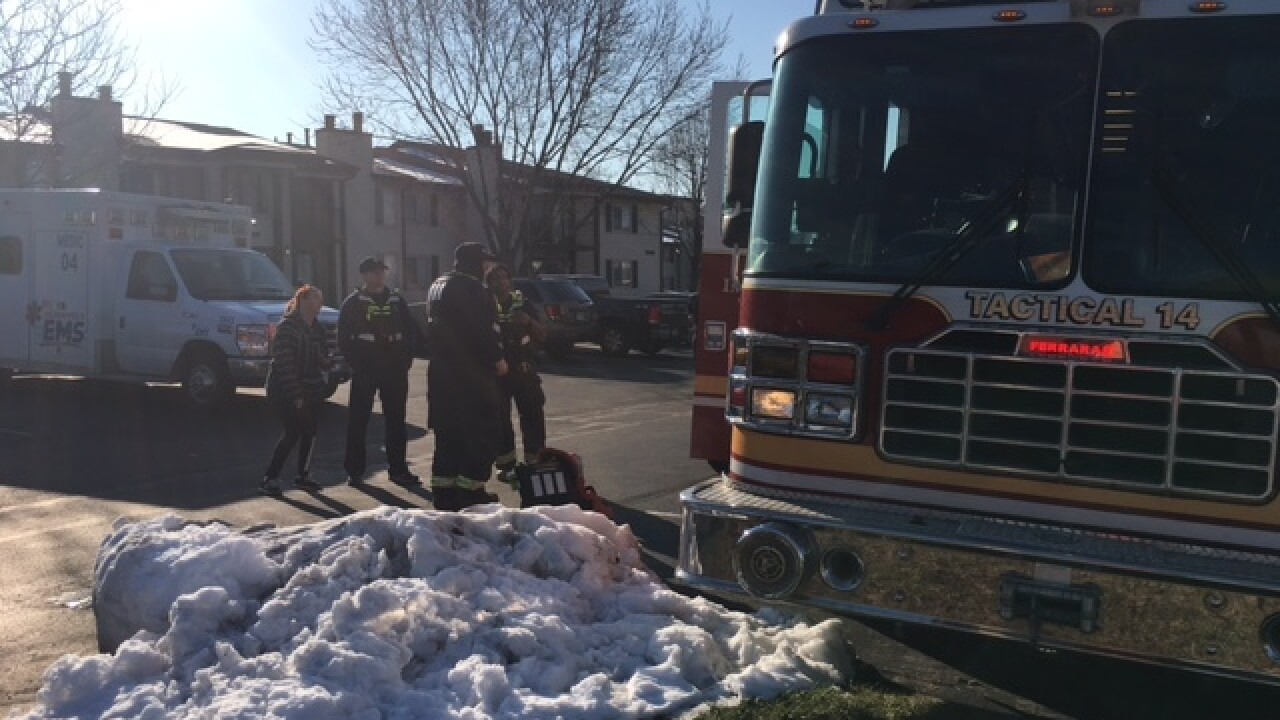 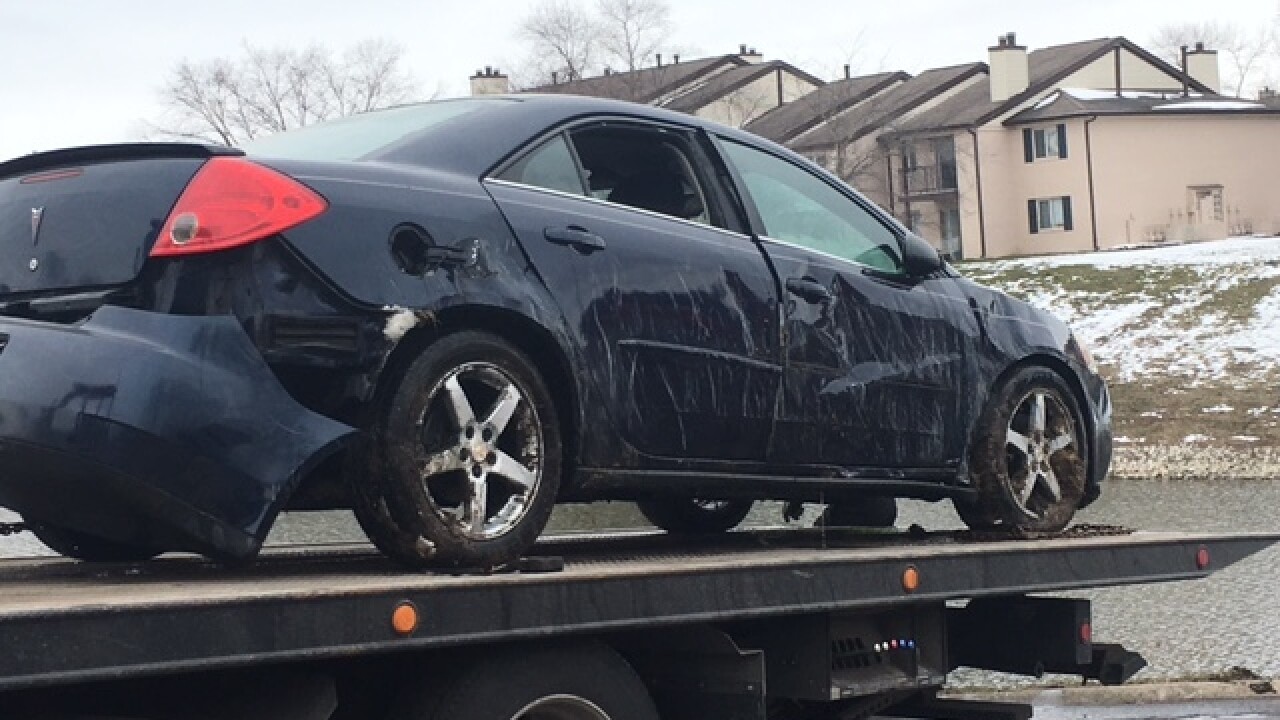 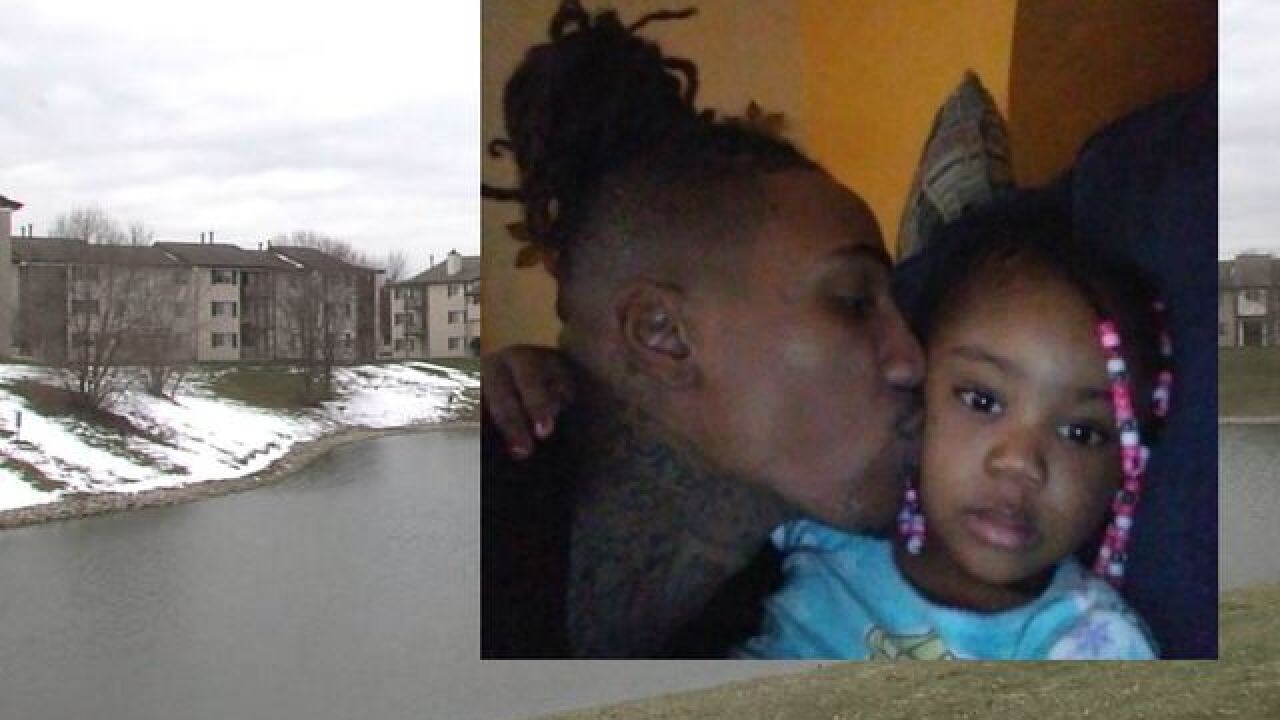 INDIANAPOLIS -- A father died Sunday evening from the injuries he sustained while rescuing his 3-year-old daughter from a vehicle after it rolled into a pond on Indianapolis' north side.

Divers and rescuers were called to a pond on Fluvia Terrace after 4:30 p.m.

Witnesses told police that the father had stopped to talk to someone and left his 3-year-old in the vehicle. The child hit the gear and shifted the car into neutral, rolling it into the pond. Authorities initially believed she pushed it into reverse, but later clarified to say neutral.

The father and another man ran after the vehicle and were able to pull the child out. She was awake and talking to rescuers, according to Rita Reith with the Indianapolis Metropolitan Police Department. The child was taken to the hospital in critical condition. She was listed in stable condition Monday morning.

The child's father, who could not swim, was submerged in the water for roughly ten minutes. He was pulled out by rescuers and rushed to the hospital without a pulse. He later regained his pulse but was unable to survive his injuries and died just after 11:30 p.m.

He was identified as Anthony Burgess Jr., 24. His 3-year-old daughter was released from the hospital on Tuesday.

The bystander who helped rescue the child, Devon Starks, was also taken to the hospital and treated for hypothermia and pneumonia.

"He's the bravest one. All I did was swim. I know how to swim. I saw water and I swam," said Starks. "It wasn't a big deal - he didn't know how to swim. He dove in regardless. He got his baby out of that car. If he hadn't done that I wouldn't have been able to save her in the first place."

Monday morning, IFD crews pulled the vehicle out of the water.