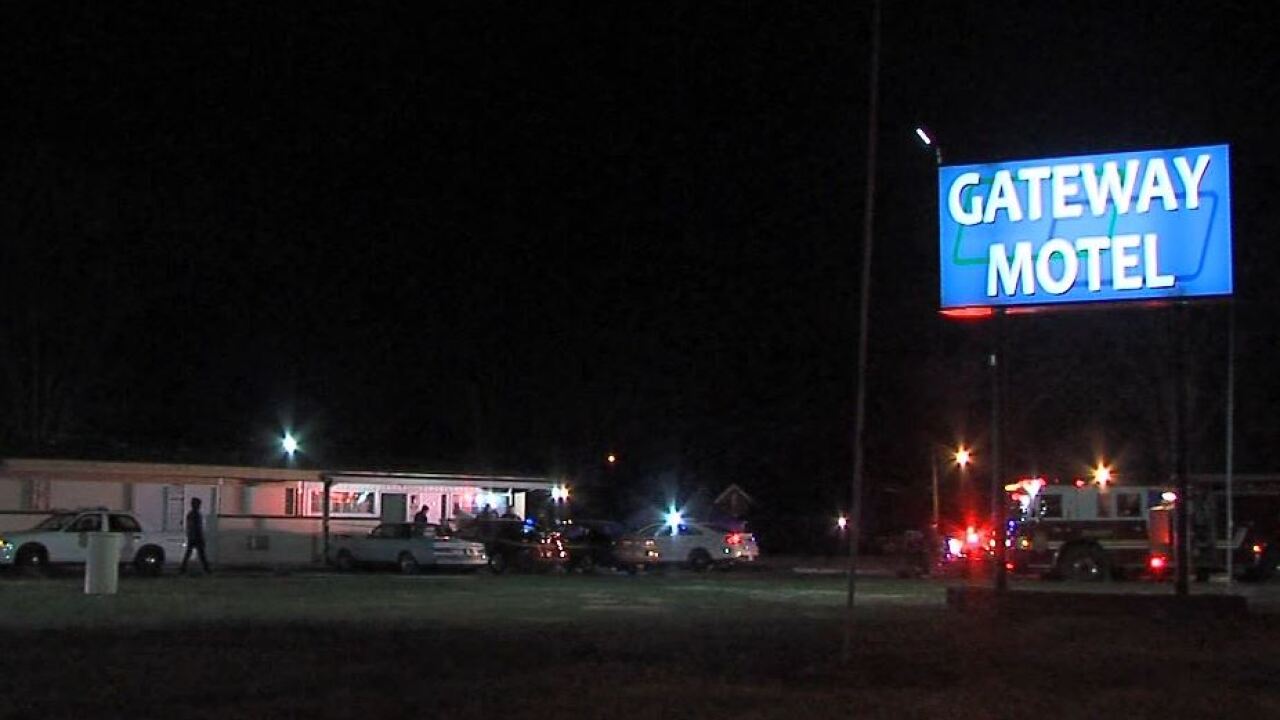 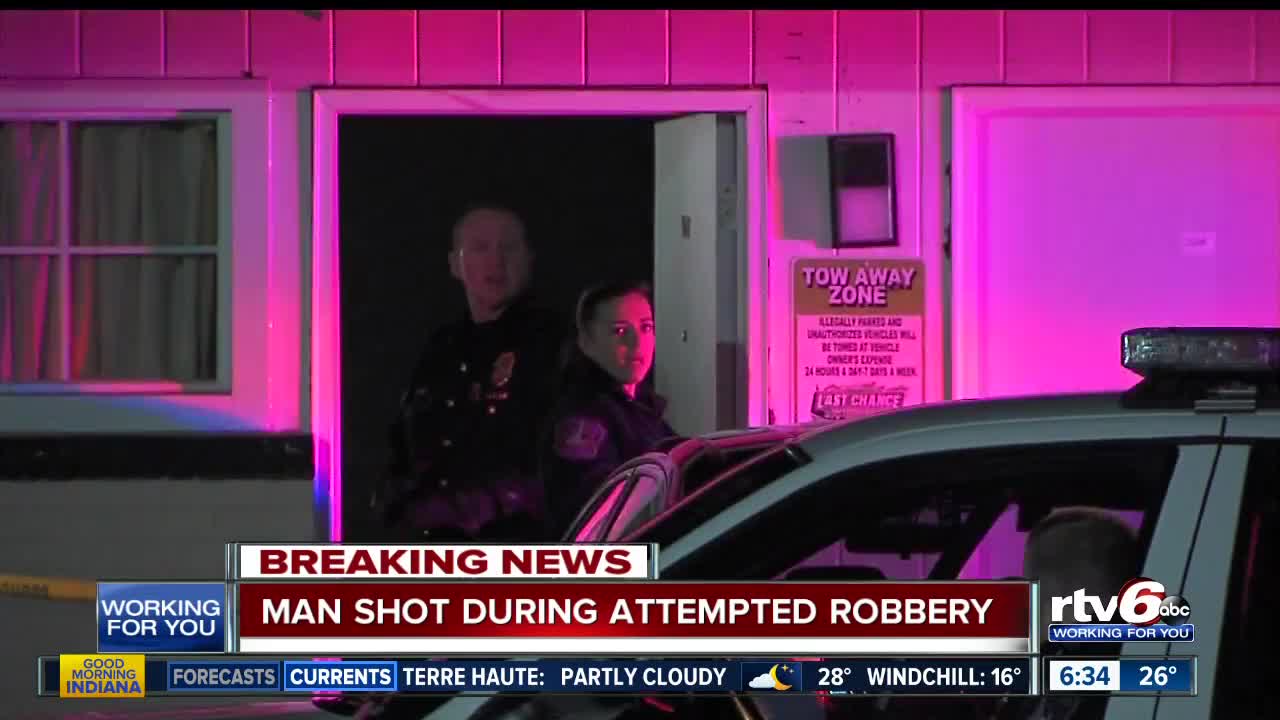 INDIANAPOLIS — A man was shot during an attempted robbery at an Indianapolis motel early Wednesday morning.

Indianapolis Metropolitan Police Department officers were called to the Gateway Motel on Lafayette Road just after midnight for a report of a person who was shot.

The 44-year-old man told police he was inside his room when three men broke in and stole from him. The victim said he was shot in the leg during the robbery and the suspects ran from the scene.

The victim was taken to the hospital to be treated for non-life threatening injuries.

Police do not have any suspects at this time and they say the victim is not being very cooperative with the investigation.

The incident remains under investigation by the Indianapolis Metropolitan Police Department. If you have any information call IMPD or Crime Stoppers of Central Indiana at 317-262-8477.