INDIANAPOLIS -- A new non-emergency line is now available in Marion County for anyone using a cell phone who needs law enforcement assistance that isn't a "911" emergency.

The Marion County Sheriff's Department says nearly 60 percent of calls made to the 911 Call Center are for non-emergencies and those calls can impede emergency services for those who are facing life or death emergencies.

The creation of the 311 number will allow citizens the ease of directly contacting 911 without tying up an emergency 911 dispatcher. 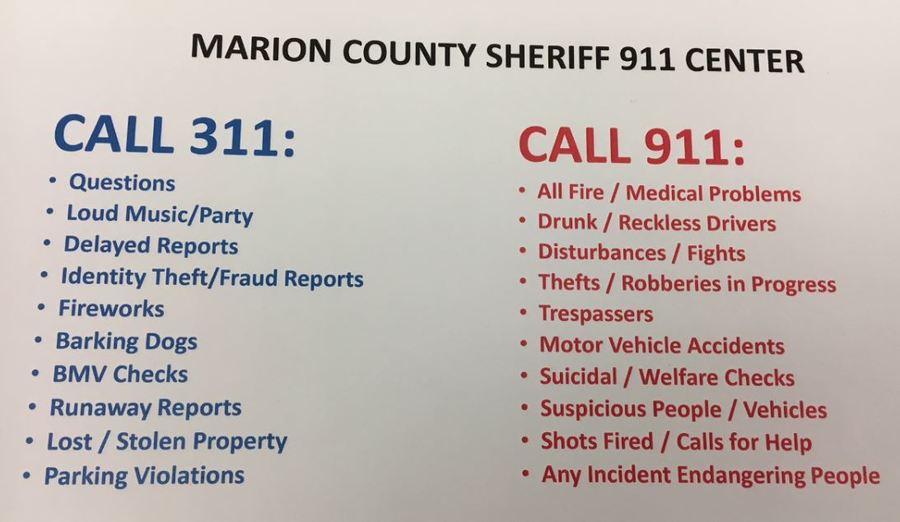