Mini Marathon traffic: What you need to know 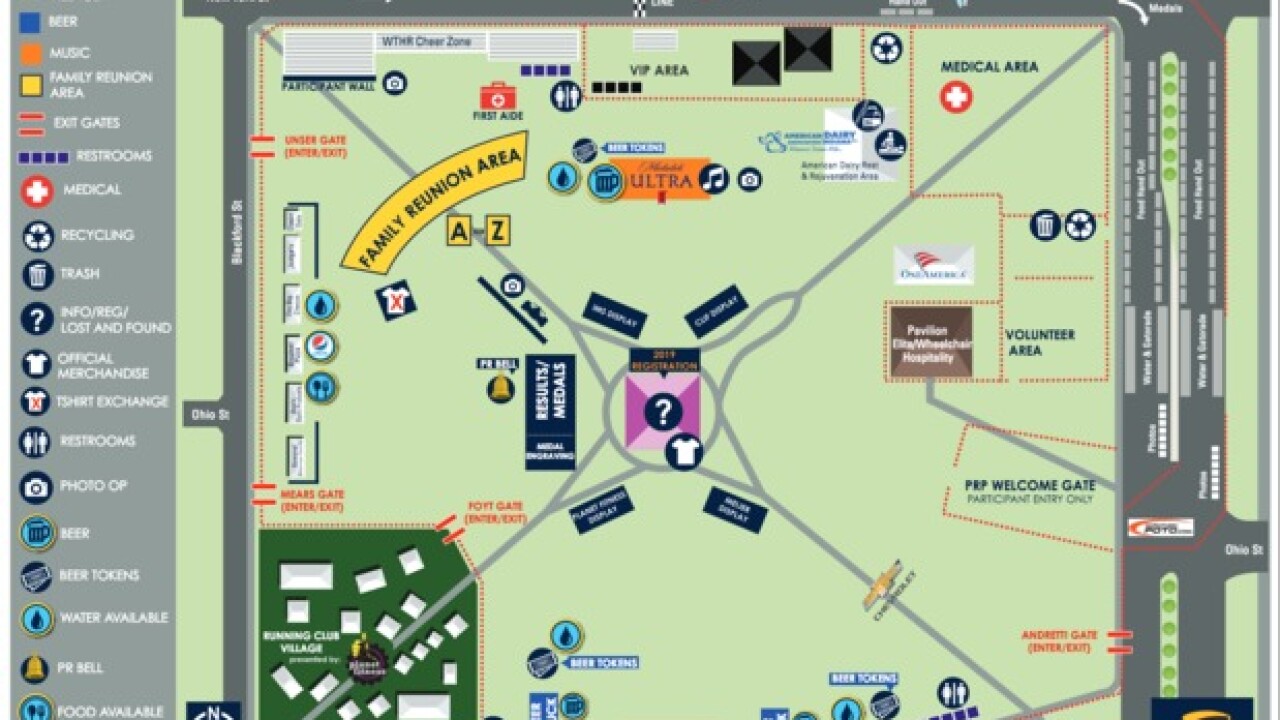 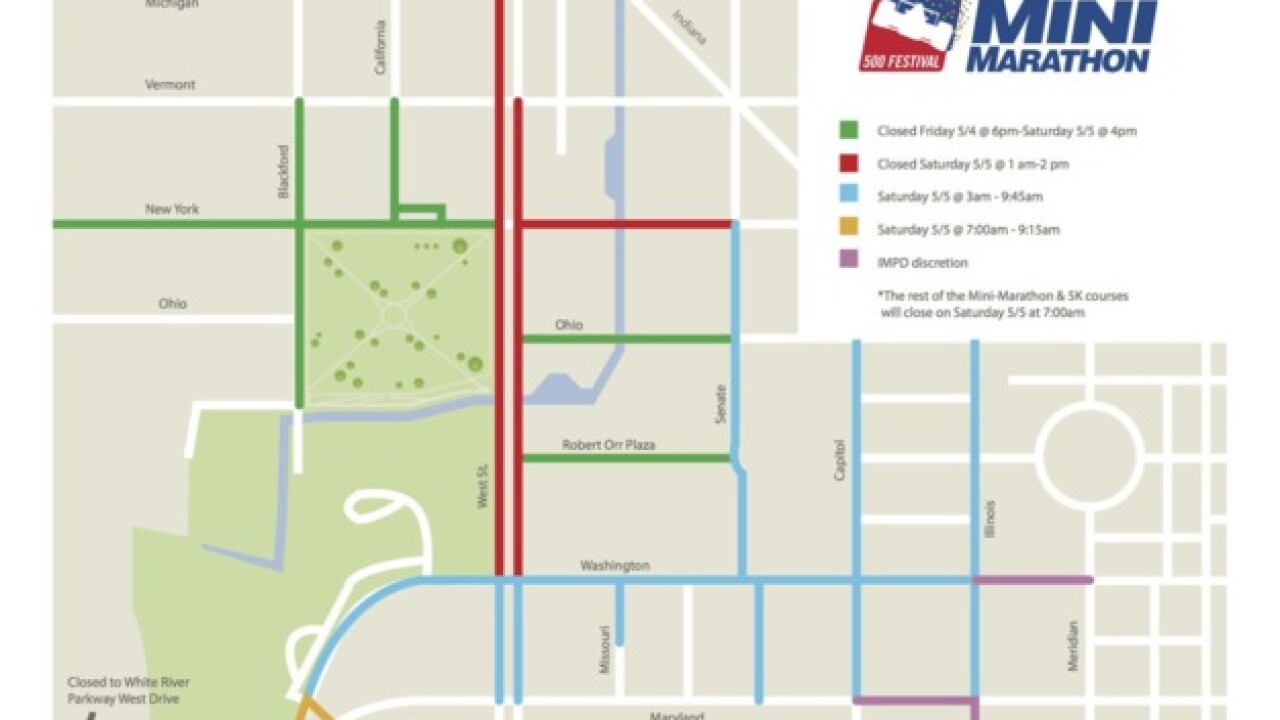 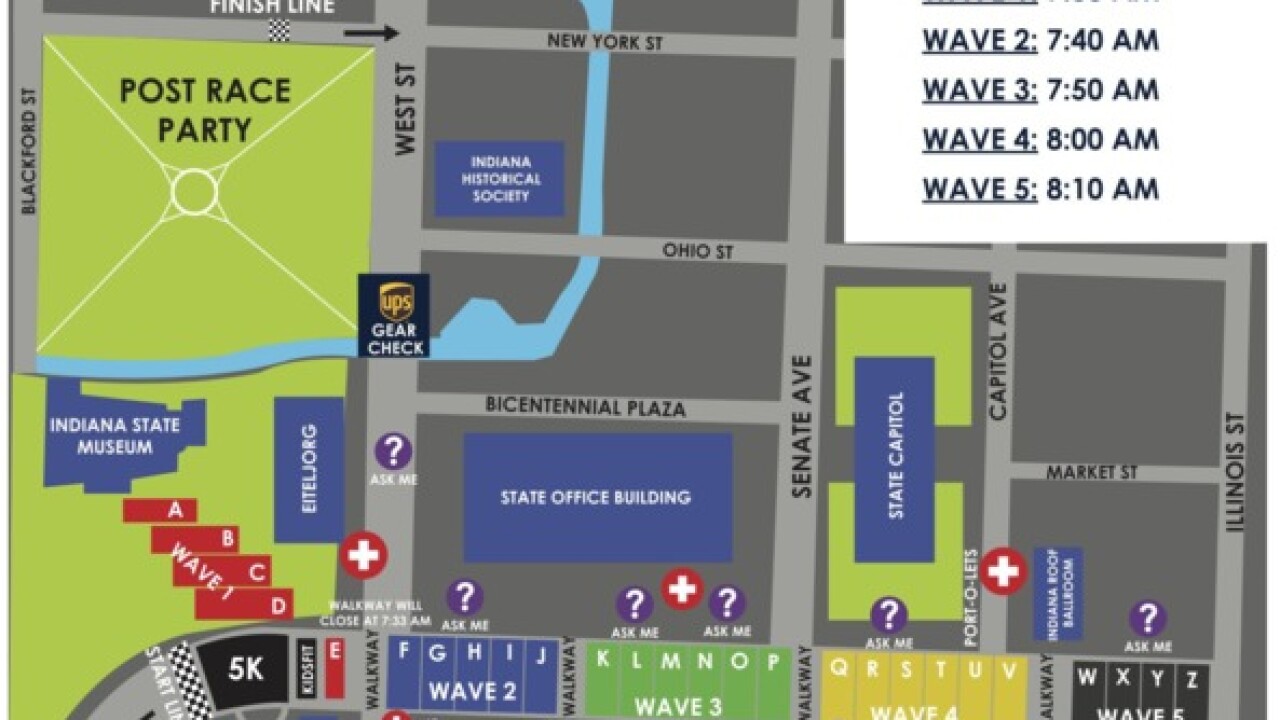 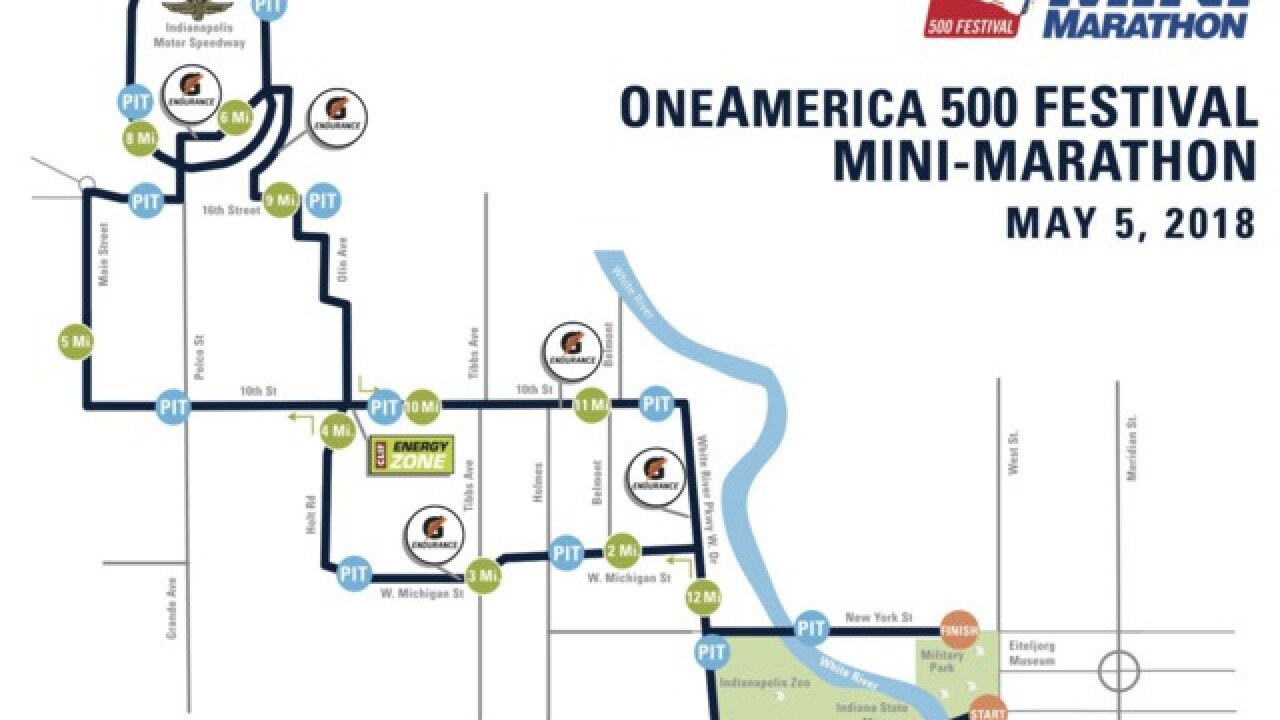 INDIANAPOLIS -- The month of May means racing here in the Circle City, but the first race isn’t for Indy Car drivers—it’s for runners! The 500 Festival Mini Marathon is taking place on Saturday morning.

If you plan on going around town, you’ll need to know of some closures that will impact getting around.

There will be closed roads all along the race route, as runners are making their way along the course.

Here’s a rough outline of the half-marathon race route:
Runners will be lining up at the starting line in waves, starting on Washington Street, just past West Street, around Military Park. They’ll continue on Washington Street, head up White River Parkway, then head westbound on Michigan Street before continuing northbound on Hold Road, until reaching 10th Street.  From there, the runners will continue westbound on 10th Street, then go northbound on Main Street. From Main Street, the runners will continue north to get their shot at running—yes, running!—around the Indianapolis Motor Speedway! After getting in their lap at IMS, the runners will head southbound on Olin Avenue, before reaching 10th Street. They’ll continue eastbound on 10th Street ,then go southbound on White River Parkway, until making their way to New York Street. They will continue eastbound on New York Street until reaching that finish line at Military Park.
During this time, there will be closures all throughout the race route, including main roads such as Washington Street, West Street, and New York Street (See map provided). Some of these closures begin as early as Friday evening, up until 4-o-clock on Saturday afternoon, after the race has concluded.

With all of these road closures, there will also be some changes in IndyGo transportation schedules:

As with all special events that disrupt normal traffic flow, passengers should plan ahead and allow plenty of time for travel to their destinations. As the race progresses, some bus service may be resumed if streets are re-opened.