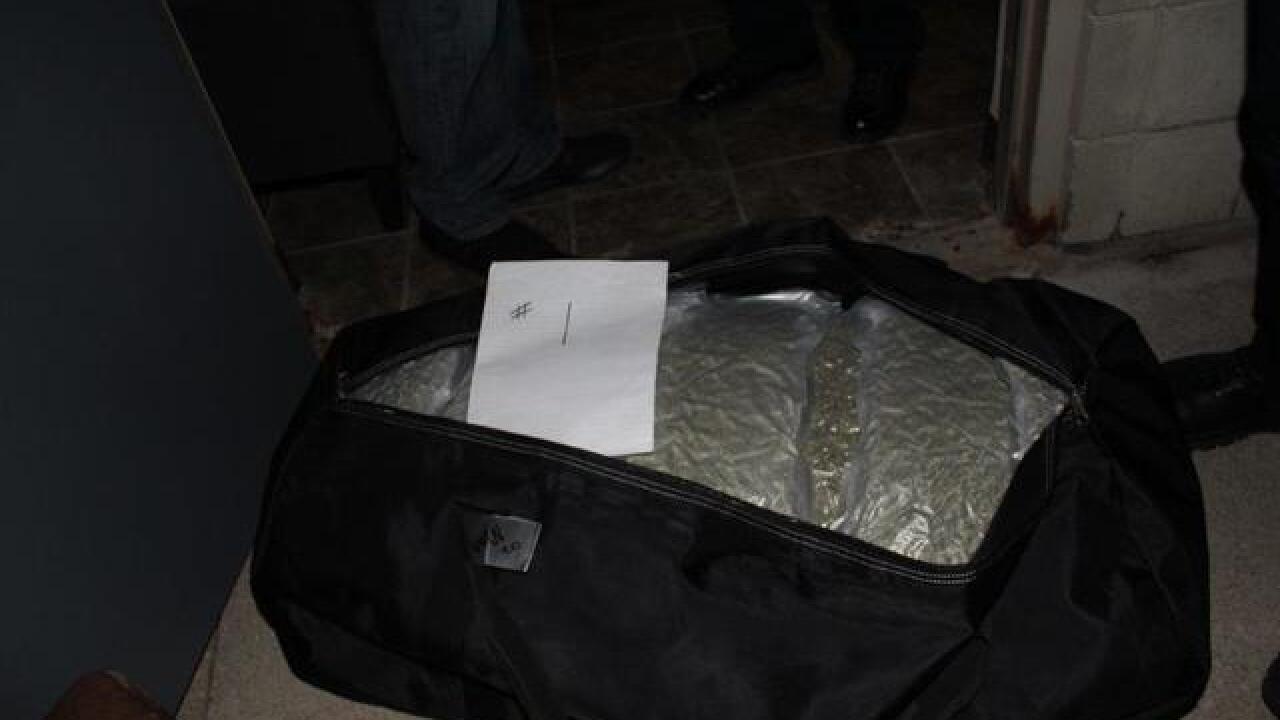 Copyright 2018 Scripps Media, Inc. All rights reserved. This material may not be published, broadcast, rewritten, or redistributed.
IMPD 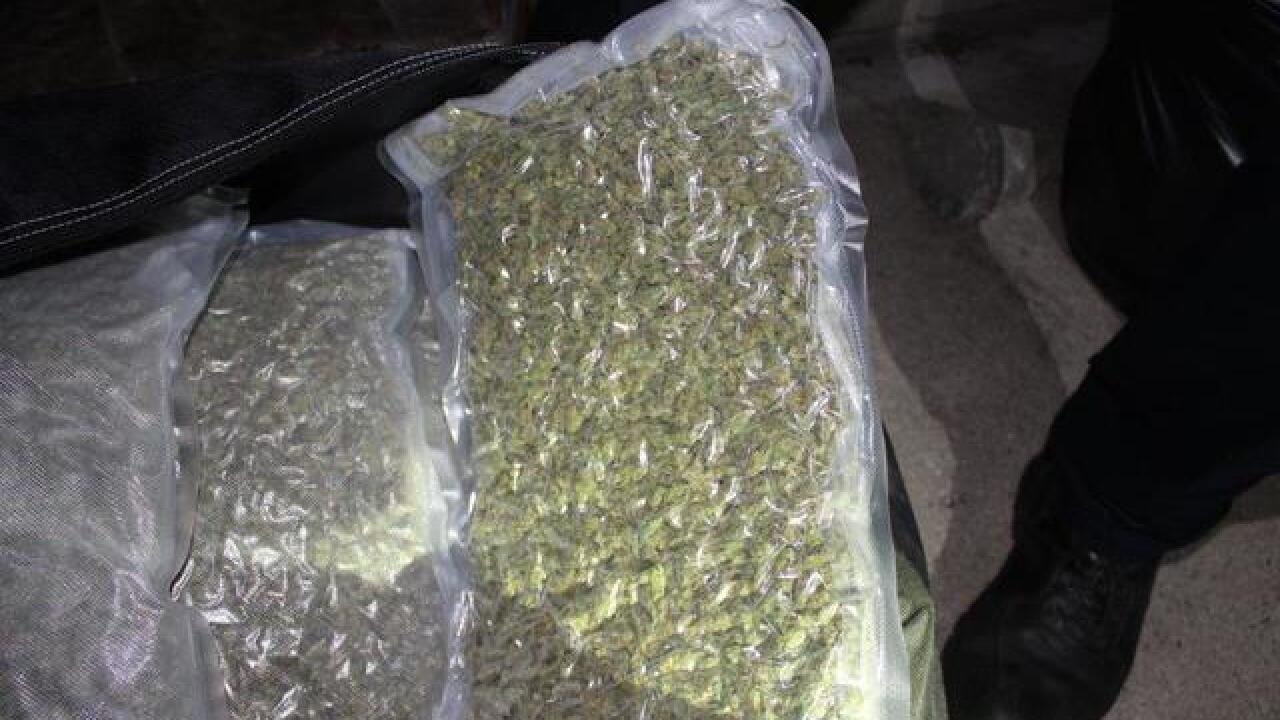 INDIANAPOLIS -- Officers with the Indianapolis Metropolitan Police Department teamed up with Illinois State Police to seize more than 300 pounds of marijuana and $25,000 during drug busts in Indianapolis and Carmel over the weekend.

IMPD was contacted by Illinois State Police after intercepting a large shipment of marijuana that was headed to Indianapolis. Undercover detectives then delivered the 14 duffle bags full of marijuana to a business in the 8200 block of Craig Street.

Police then arrested a 45-year-old man and conducted a search warrant on the business where they seized more than $14,000 and a 2015 Audi.

From that bust, detectives were able to get search warrants for the suspect's house and two apartments in Carmel. Detectives recovered nearly $12,500, more marijuana THC wax and several documents from that search.

The man arrested has been preliminarily charged with dealing marijuana. The Marion County Prosecutor's Office will make the final charging decision.

The arrest and incident remain under investigation by the Indianapolis Metropolitan Police Department and Illinois State Police.