Motorcyclist killed in hit-and-run crash on Indy's northeast side 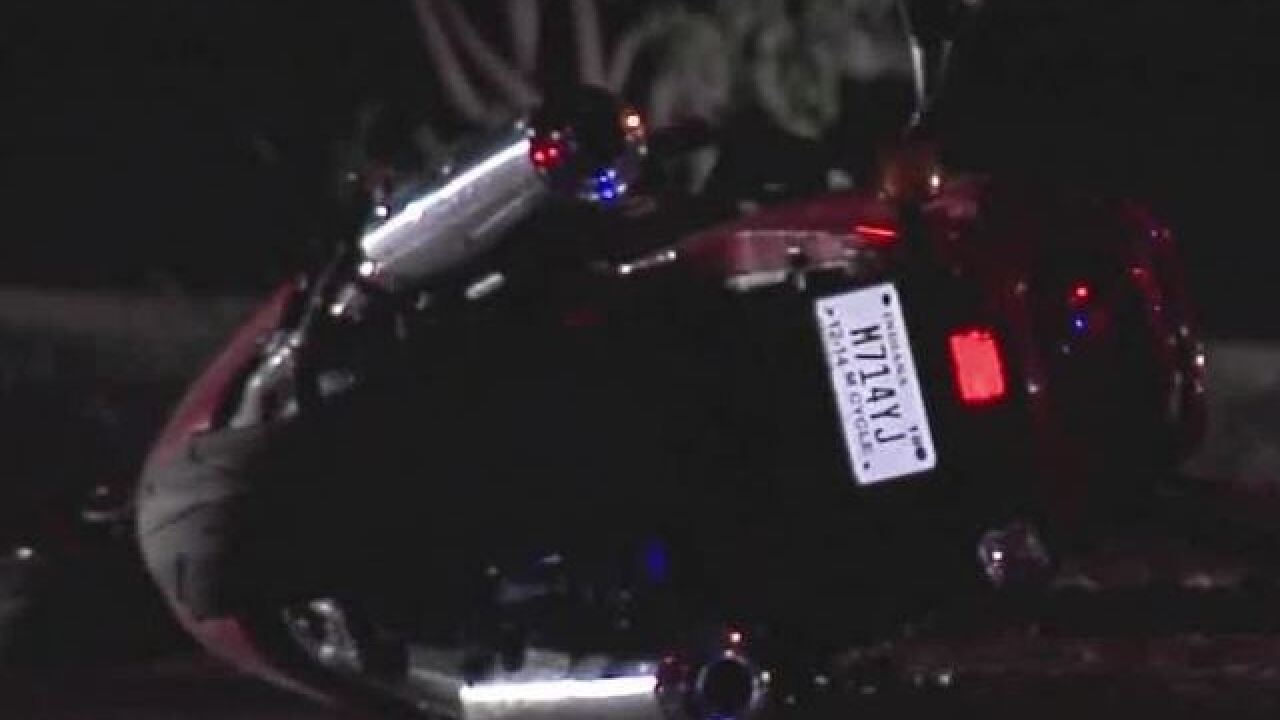 INDIANAPOLIS -- A motorcyclist was killed in a hit-and-run crash on Indianapolis' northeast side late Thursday evening.

Indianapolis Metropolitan Police Department officers were called to the scene near the intersection of 34th Street and Shadeland Avenue just after 9 p.m. for an accident involving a motorcycle.

The person riding the motorcycle did not survive. Their identity has not been released.

Police are searching for a newer model red Dodge Charger with damage to the passenger side. The vehicle was last seen near the scene and did not stop.

The accident remains under investigation by the Indianapolis Metropolitan Police Department.