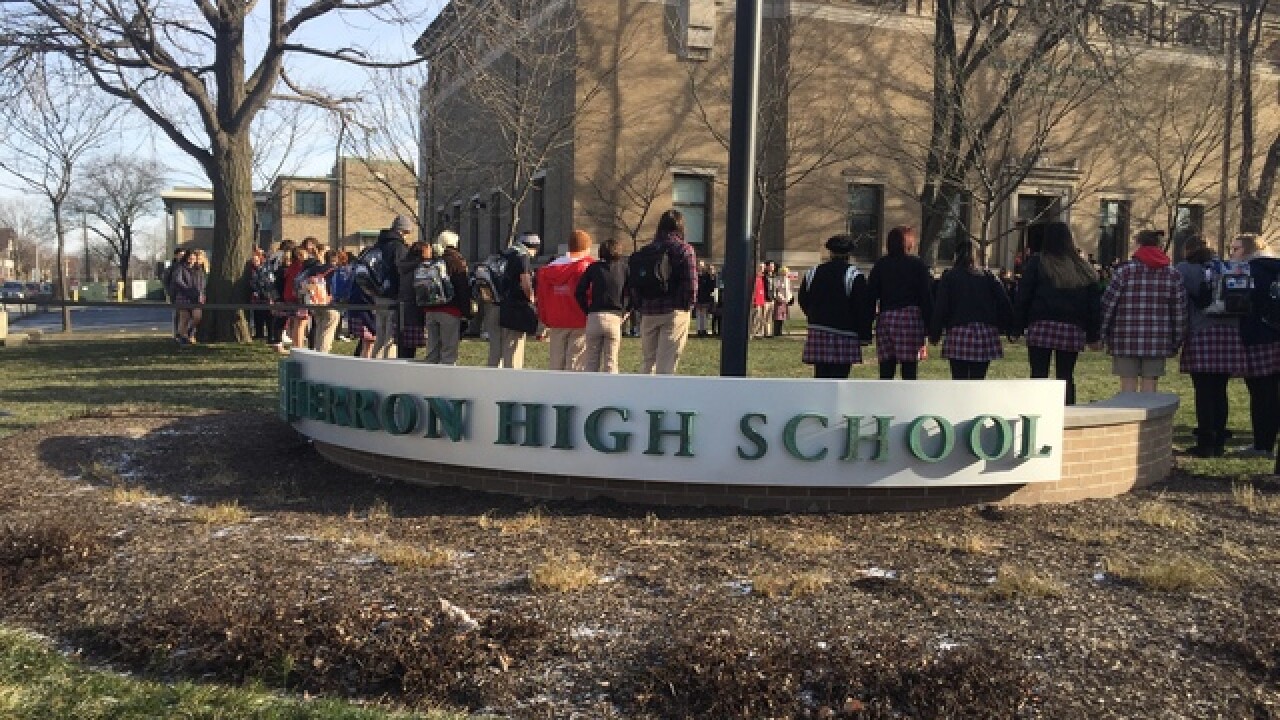 INDIANAPOLIS -- Some chanted, others walked quietly. But hundreds of students all across central Indiana participated in National Walkout Day Wednesday morning, as they protested against gun violence and remembered the 17 people killed a month ago in a Parkland, Florida school shooting.

At Brebeuf Jesuit Preparatory School, the school administrators were very supportive of the students' choice to participate in the national protest. The administrators even helped organize the event.

"I have never been more proud of my fellow classmates," said Elizabeth Grout, a junior at Brebeuf. "Everyone is speaking their beliefs. We have come to a common ground of school safety. ... This is the best school in Indianapolis, in Indiana. This is what we encourage our students to do. We are politically active. We have a voice. We are proud to represent our community."

At Herron High School, about 800 students participated in the protest, officials said. They formed a circle in the school's south lawn, chanting, "Not one more! Not one more!" Seventeen of the students were in the middle of the circle, each holding a photo of one of the 17 killed in the shooting at Marjory Stoneman Douglas High School on Feb. 14.

Eugenia King, the senior class president at Herron High School, turns 18 in May. She plans on voting this upcoming election.

"We think we are being heard, and our voice is loud," King said. "I want [lawmakers] to make it so that I feel safe in school. ... I want to be able to focus on my education."

At Shortridge High School, dozens of students and parents quietly walked the track outside. Some held signs saying they want to raise awareness for gun violence.

Jodi Winter is a parent of a Shortridge student. She also participated in the walk around the track.

"After the Parkland shooting, her words were 'terrified,'" Winter said. "She was scared to come to school the next day. I want a end to that for every student in our country."