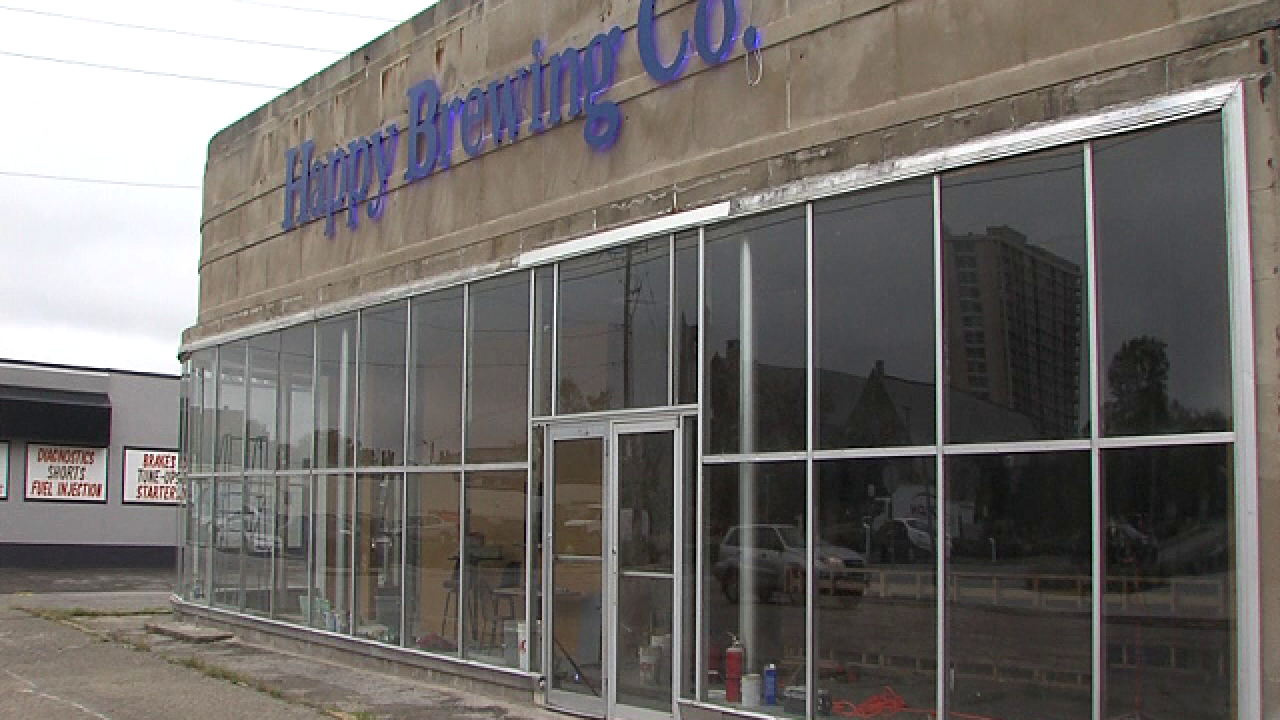 INDIANAPOLIS -- Cold, locally-brewed beer will soon be tap for what many hope is about to be one of Indianapolis' hottest neighborhoods.

If you go north on Illinois street,  just north of 38th, you'll see the re-done and re-energized Tarkington Park on your right and a place called "Happy Brewing" on your left.

It was the site of the former Double Eight grocery store until it closed last year.

Co-owner and brewer Gabe Soukup and his business and beer partner, Dave Bellar, are already making the beer.

They’re also hands-on with the remodel and rebuilding as they transform the old grocery store, which used to be a Ford dealership, into a local brewpub serving their own beer, Indiana-made ice cream, and a kitchen that will turn out hot food including flatbreads and pizza.

The $250,000 remake is an investment in the neighborhood on the southern border of Butler-Tarkington.

The intersection just north of 38th Street is showing signs of a turnaround that got a big jump-start when the redone Tarkington Park opened this summer.

Soukup, who comes into this after several years in the corporate world including a stint in fermentation at Eli Lilly, explains the name “Happy Brewing”. After going through the corporate grind, he is now happy…brewing.

Not only does Soukup have high hopes for hops, he has them for the neighborhood. “I hope that it becomes an anchor and a jewel that attracts people to the area because the area has a lot to offer.”

Soukup hopes to open by the middle of November. The biggest hurdles are over now besides nailing down the bartop, they’re nailing down final financing and code issues.

"Happy Brewing" has a blonde, a stout, and an IPA for starters that are just about ready for customers. He plans to bottle and can some of the beers as the business grows.

Soukup admits, “While this is a damn big gamble, if it doesn’t work out, I’ve got a lot of beer for drinking”.

If it does work, "Happy Brewing" will join an impressive and growing list of locally-headquartered breweries in Indianapolis which was recently listed number 11 in CircleUp’s list of Top 20 Beer Headquarter Cities.