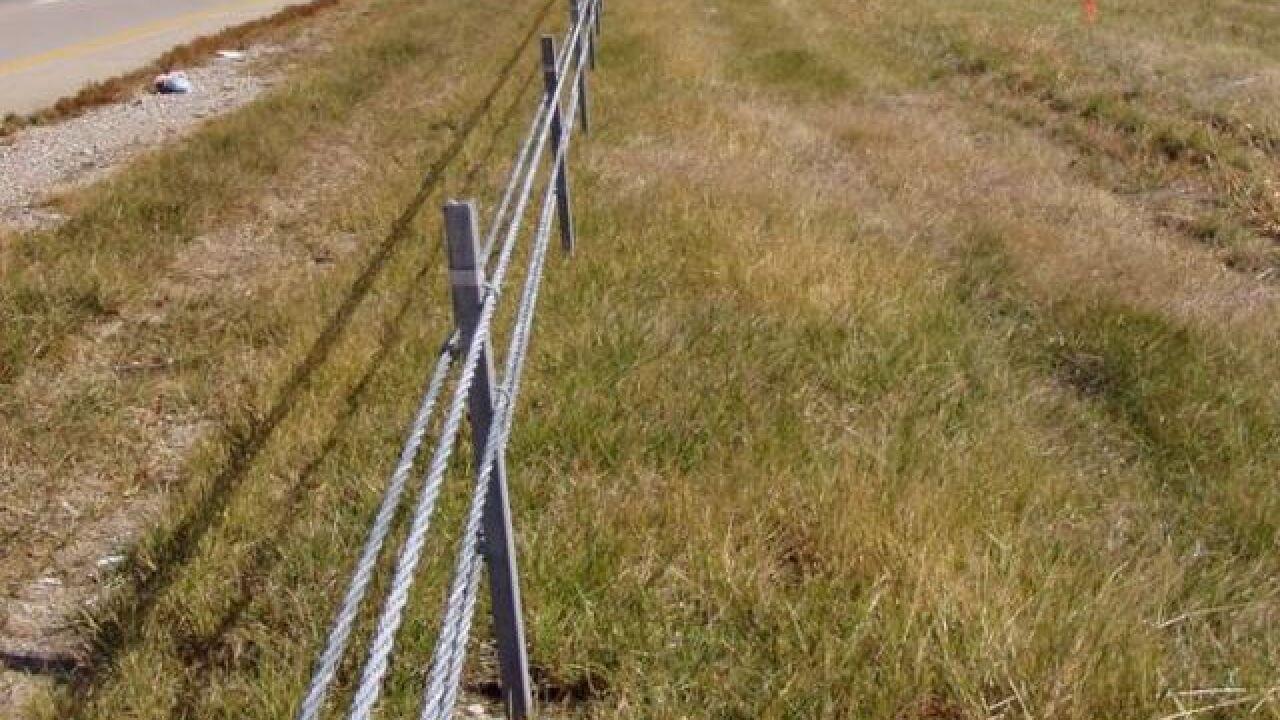 Copyright 2018 Scripps Media, Inc. All rights reserved. This material may not be published, broadcast, rewritten, or redistributed.
INDOT

INDIANAPOLIS -- A new safety measure is now in place along a 30 mile stretch of Interstate 74 on the southeast side.

Safety cable barriers have been installed in the median to help prevent cross-over crashes.

The Indiana Department of Transportation (INDOT) spearheaded the project in hopes that those cable barriers will help stop vehicles from crossing the median and veering into oncoming traffic.

INDOT started installing the barriers on interstates with high traffic volume in 2005 due to an increased number of cross-over crashes, where no barriers existed.

These type of crashes tend to be head on and result in serious injuries or death according to INDOT.

The barriers were installed along the median of I-74  beginning at I-465 on the southeast side, continuing through Shelby county to exit 123 in Decatur County.

This project started in December of 2017 and was completed on time and under budget at $2 million.

Cable barriers are lines of high tension cable ropes running between anchored posts that break away easily on impact which are installed in the median of roads.

They are intended to prevent or stop crossover crashes on highways without other enhanced lane dividers such as concrete barriers or guard rails, to stop vehicles from crossing the median into oncoming traffic.

According to INDOT, once these type of safety barriers are installed most states see a drop of 90 percent in the number of cross-median fatal crashes

These type of barriers are now on most rural Indiana interstates with grassy medians.

The area along I-74 is the final area to install them in the east-central district.

The contractor is in the middle of completing the final inspection, and the project should be fully complete by September 1 according to INDOT.