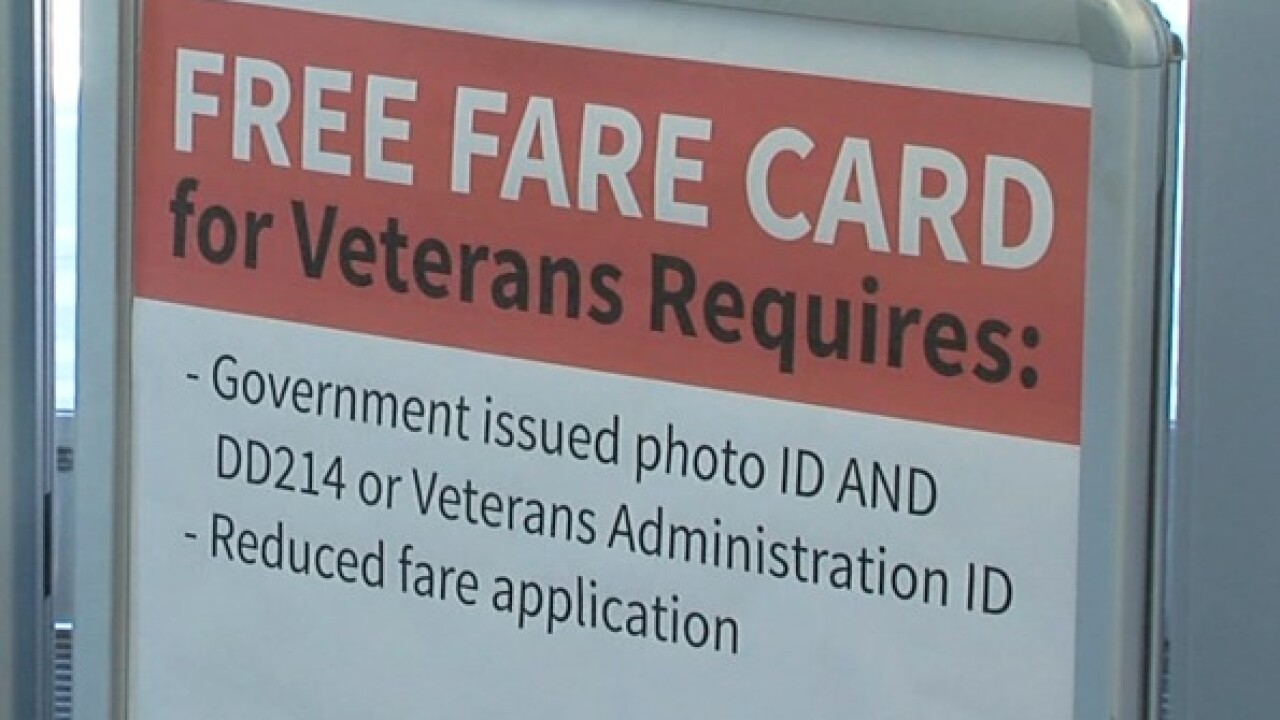 INDIANAPOLIS -- A new program announced today from the city of Indianapolis and IndyGo will help get veterans where they need to go free of charge.

The program, called the IndyGo Veteran Pass, will allow Marion County residents unlimited free access to IndyGo's fixed route bus service. It does not include para-transit or open-door service.

Indianapolis veteran Robert Foster III is excited about the program.

"It's going to give us the opportunity to get to the VA hospital, to look into housing, jobs," Foster said. "So it's a real big deal. We as Hoosier veterans, it's been a lot of time coming. I think this program is going to be great for us. And I think it's going to open up a lot of doors for the city of Indianapolis."

Veterans must complete the enrollment process in person at the Julia Carson Transit Center downtown.

The program is only for veterans and does not include active duty military.